Made it to Natchez! 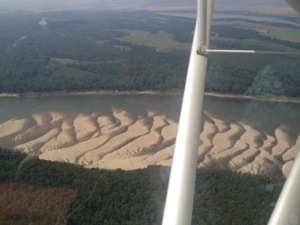 For a short time yesterday I was a little disappointed when I got weathered in at Savannah, TN but turns out it was the absolute best thing that could have happened. Montill Warren, my favorite airport manager anywhere and the manager at KSNH,Savannah, TN and I ended up having a ball and to heck with the thunderstorms. I had departed Tullahoma, TN Tuesday morning and planned on making a quick stop at Savannah, TN to take Montill to lunch. Of course when you’re flying, nothing ever goes according to plan! 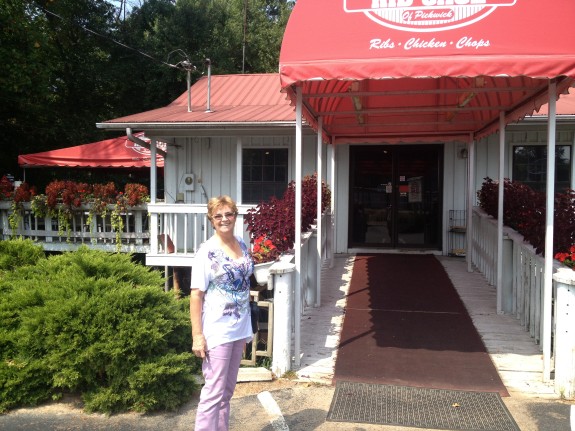 I flew through the haze to Savannah and somehow Montill ended taking me to lunch.BBQ ribs!! The couple plus hours we killed was just enough time for the thunderstorms to move in and those darn things hung around till sunset – luckily! She took me under her wing, put me up in her garage apartment and we had a blast giggling about everything under the sun till we called it a night. 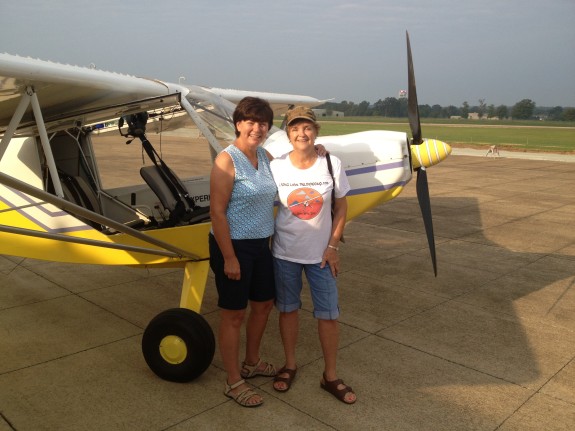 And speaking of SUN, we actually had some this morning. Before I headed on my way I gave Montill a ride in my S7, the first time Montill’s flown with me. She wanted to make it quick, so we did, but I could see her in my “smiley mirror” snapping lots of pictures of her airport and all the airport construction on our short flight.

If you don’t know, I should tell you I’m gallivanting around the country on a solo S7 flying adventure and loving every minute of it. With so many choices, I wasn’t sure till I left Tullahoma what my plan was. East – West – North West – I could go anywhere?! Ultimately I decided to do a trip I’ve been wanting to do for the last couple of years – flying the Mississippi River to the Gulf of Mexico. 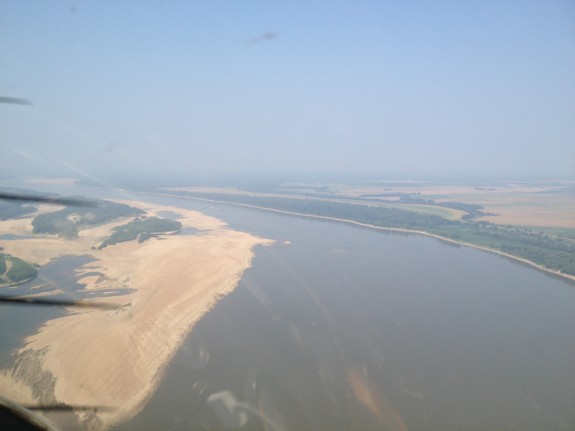 The Mighty Mississippi has been a dream flight for me and since I was already in TN I figured now’s as good a time as any. 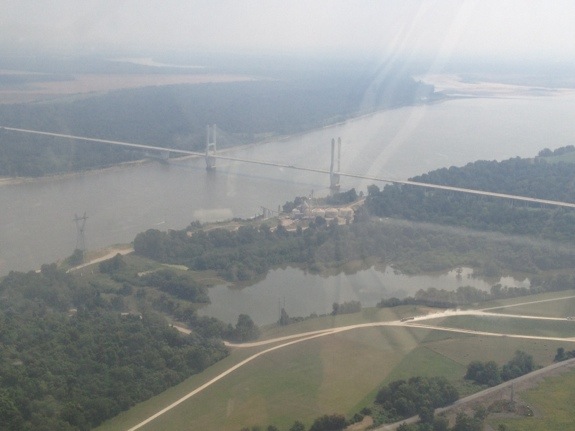 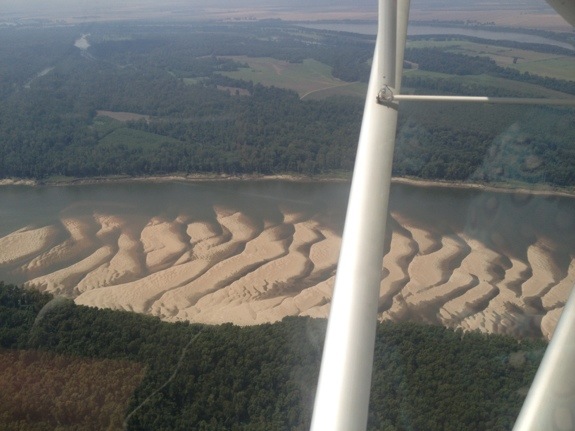 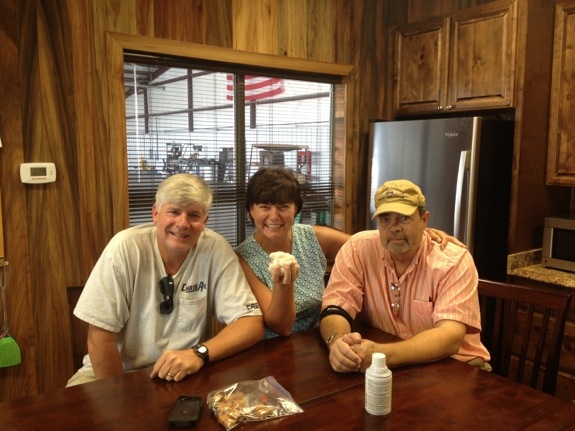 Flying down the MS is about as cool a thing as I’ve done. I took my time in the morning and enjoyed the smooth air and the beautiful view. These crop duster guys gave me a Cotton Gin 101 lesson when I stopped for fuel on the banks of the river at noon. 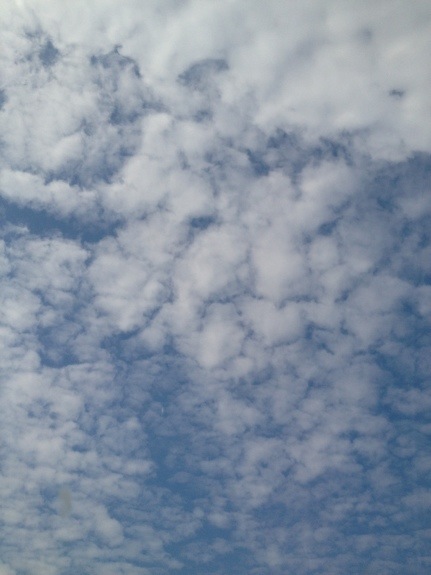 Beautiful view from my “sunroof” this morning as the clouds opened up and the sun popped out. 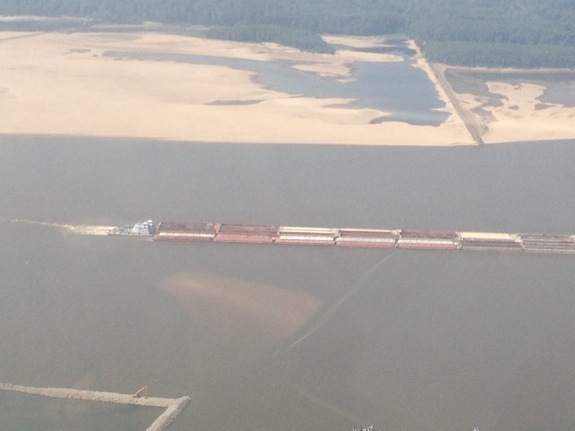 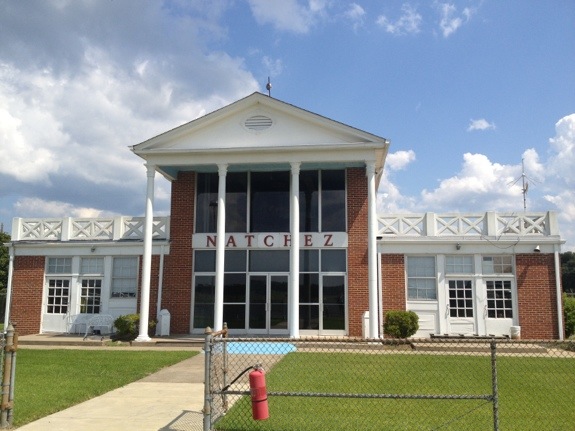 Natchez was my destination for today and I made it just fine. I had a big smile on my face when I taxied up in front of the FBO -no doubt I’d made it to Dixie. 🙂