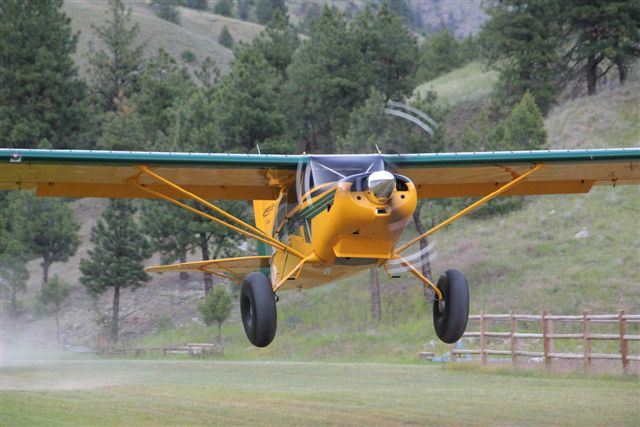 A big “thank you” to Marie Beaver of Houston, Texas for sharing her latest flying adventure. Another destination to add to the growing “bucket list”!

Rain and low ceilings delayed our departure from Hooks Airport (KDWH),Â Houston, Texas until 10:00 a.m. We departed in our Maule, with friendsÂ along side in their Cessna 172 and flew to Fredericksburg, Texas (T82).Â We met friends that would be flying their C180 Skywagon with us. We allÂ had lunch at the Airport Diner on the field before departing on the nextÂ leg. 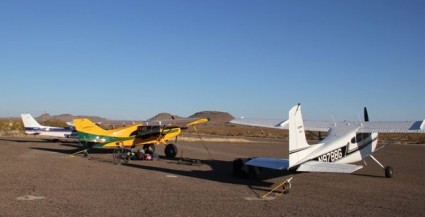 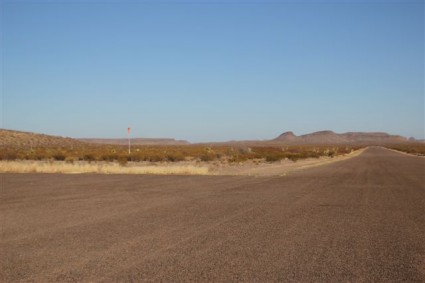 We stayed at the Sauceda Big House with 3 bedrooms. Link,Â Big Bend Ranch

We paid for breakfast, lunch and dinner to be provided by the park. WeÂ were impressed with the amount received and the quality (dinner-cheeseÂ enchiladas, brisket, sandwich (lunch sack), eggs. Mind you, no 5 starÂ dining, but very filling. The house was nice, but could use some tlc.

The next day was the highlight of the trip. We toured a small sectionÂ of the park with Blaine Hall, Ranger in the parks new suburban. When IÂ say small section, Big Bend Ranch State park is the largest state parkÂ in Texas at 300,000 acres in the Chihuahuan Desert. Mr. Hall is not your averageÂ park ranger, he has been a geologist and professor most of his life andÂ is well qualified, dare I say, overqualified to conduct this tour. HisÂ passion and love for geology shines as he explains about how the SolitarioÂ was formed and about all the formations in the park, and how it is such aÂ special geological place. 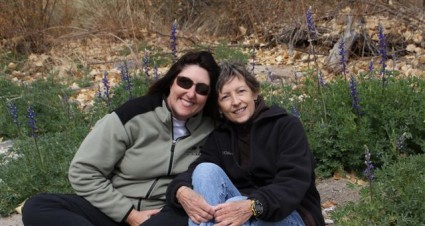 (I’m attaching the link for his article-Page 10) Geology at the Crossroads Â We spent the day with Blaine and had a picnic lunch in Fresno Canyon. TheÂ most pleasant surprise of the day was fabulous blooming bluebonnets alongÂ the creek beds, especially near the Crawford Ranch Ruins. I had no ideaÂ this part of Texas had bluebonnets. 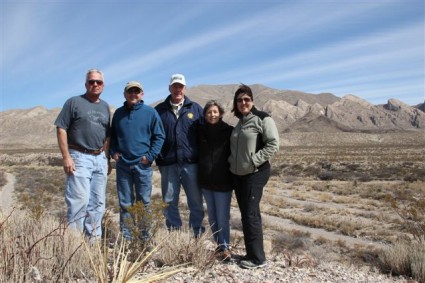 Solitario in the background with the flat iron portions seen behind us (Bob, David, Danny, Karen and Marie)

Departure day was met with a massive cold front that had freezing temperatures to the ground and low ceilings across a huge portion of Texas. We tried to depart (the Beaver’s and Snowden’s), however after 5 miles had to turn back due to the ceilings pretty much going to the ground and the plane building ice. The ceilings and temperature never rose for us to get out that day. 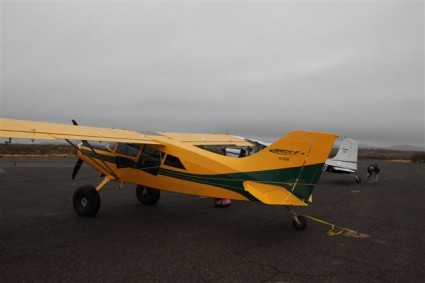 Since our reservation had only been through Sunday morning, we relocated to the bunkhouse as they had guests for the Big House. Since they had no other guests, they put us all together in the men’s side of the dorm.

Normally, the bunkhouse is divided with sleeping quarters for women on one side, and men on the other. We were the only ones in the bunkhouse so it was nice and cozy with the main living room, dining area, fireplace and TV (only VCR tapes).

Â Things only got more interesting as the night progressed. By 10 p.m. we had an incredible thunderstorm pouring overhead, with lightening, thunder rattling the windows, and then pea size HAIL! Luckily, the hail was momentary and no damage was done to the 3 planes. For a place that rarely receives any rainfall, this trip saw all extremes in the weather.

Â We awoke Monday morning to fog so thick you could not see the ranch houses very nearby. It finally lifted around 10 a.m. there and we departed together. The Nicholsonâ€™s and we headed back to Terrell (6R6) for a fill-up! The Snowdenâ€™s had enough gas so they flew direct to Mason, Texas so we split up. A good portion of Texas had low IFR that day that was lingering so I filed. We made it to Houston with great tail winds at 7000 feet to fly the RNAV (GPS) 35L approach at Hooks (KDWH) to minimums! 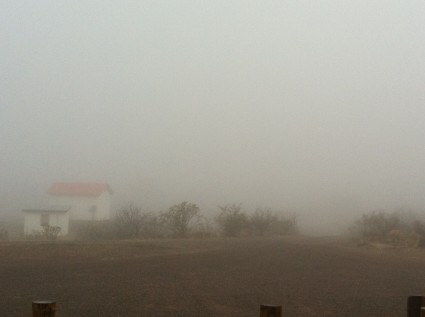 We had to leave the Nicholsonâ€™s behind for them to pick their way here slowly with the low ceilings. He and the plane are VFR only. They finally got to hooks at about 6pm. It was a very long, stressful day for them.

I cannot wait to return for part two of Mr. Hallâ€™s tour of the inside of the Solitario.