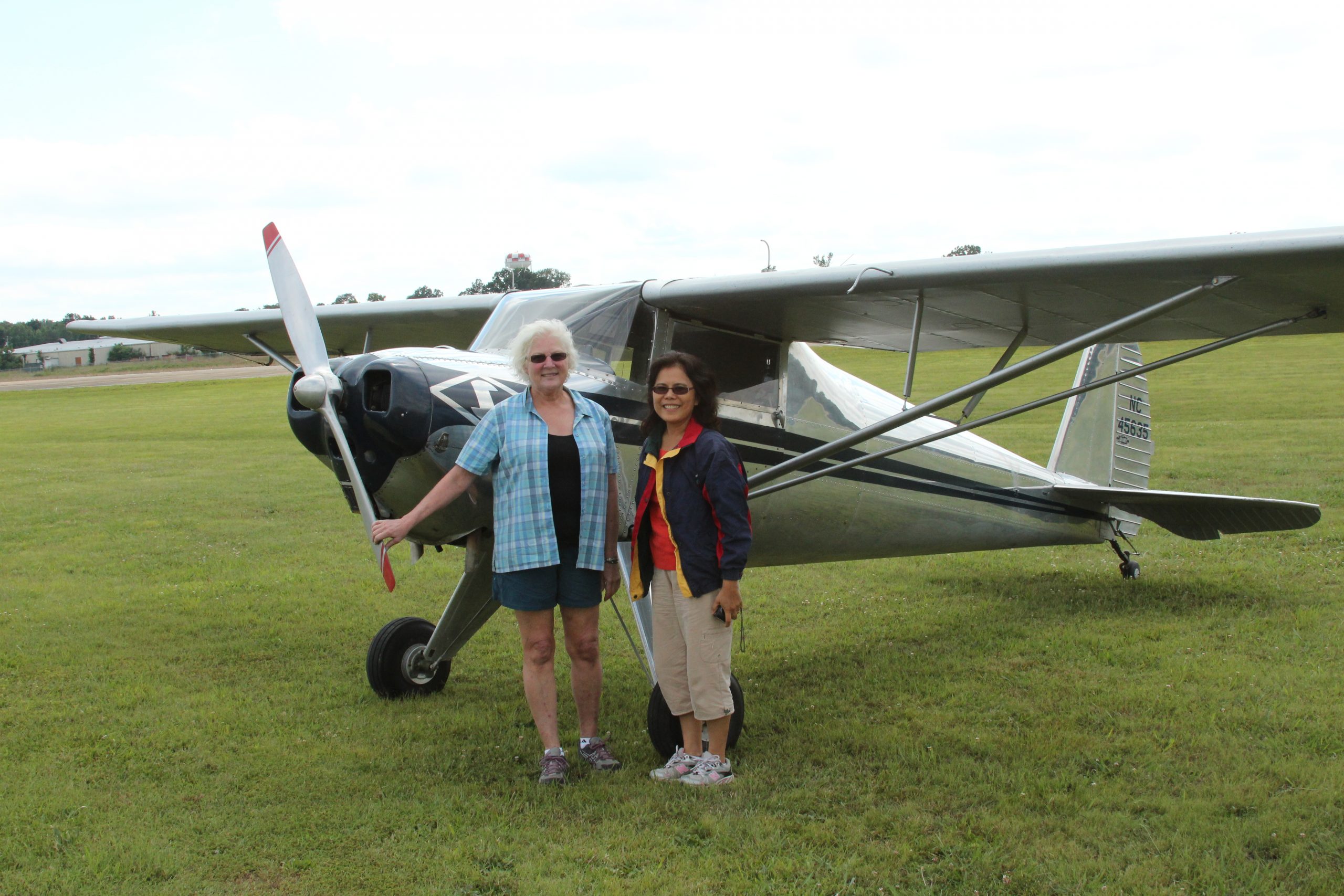 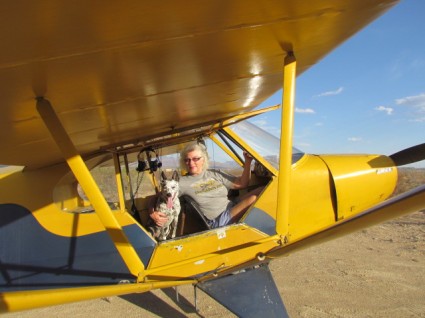 Marti Whitmore is a taildragger pilot, fiercly proud to claim the title. She is married to Alex and they have two musical, flying children, Eleanor and Bonnie.

I had two other real experiences when I was also very young. One was a plane ride my father purchased for me to fly above my home town of Borger, Texas, and the other is when my first grade class went for a class trip, flying from Borger to Amarillo in a DC3 and having to take a road trip back home because the airplane we flew in was going on to more exotic destinations like Dallas.

After I graduated from high school, I headed to Six Flags over Texas to sing in the shows (musicâ€™s my other passion) and I met a young guitar playing student, Alex Whitmore, who was on his way to his last year in college and then to the Navy pilot training program. He had quite a background in aviation. His dad was a pilot for Douglas in Tulsa and he had a picture of himself seated on the step of a 30â€™s vintage Stinson when he was two years old.

When Alex and I got married three years later he was on his third airplane, an Aeronca L-3 which we flew all over the Sacramento Valley in California and down to Baja California in Mexico for a week before he left on cruise to defend our country in Vietnam. I got my license in the L-3.

Flying has given me is a wealth of friends who have become like family to me and the freedom to go to places on and off the beaten path that I might otherwise have never seen. It has taken me to the homes of complete strangers like the couple who put me and my two small daughters up for the night in Okema, Oklahoma when a thunderstorm overtook us. Itâ€™s the man who gave me $50.00 when I discovered that I had left my wallet in our car back in Terlingua so that I could buy enough gas to get on back to Denton. Itâ€™s the man who kept me company while I waited for my husband to arrange to pick me up after my propeller departed my airplane and I had to land on a dirt road near Byhalia, Mississippi. And itâ€™s the newspaper reporter in North Carolina who took our picture and called us campers so we wouldnâ€™t have to report yet another engine failure in that same PA12.

We had two airplanes that time and managed to fit the contents of the two airplanes into the L-3 and itâ€™s the farmer who put a fence around the airplane to keep the cows from munching on it until we could come back and fix it. This is an incomplete list, but you get the point.

Some places we may have visited only once but some we have visited over and over again and these are the places where our children grew up. Places like Blakesburg, Iowa, Brodhead, Wisconsin, Johnson Creek, Idaho, and Pauls Valley Oklahoma. At some point during the summer there were and still are fly ins at these places and many more.

Bonnieâ€™s bio on Facebook reads â€˜Hanging out the window of a Bamboo Bomber, groovin to the tunes of Verdi and Wagner. That in a nut shell was my childhood.â€™ The Bamboo Bomber she is referring to was at Blakesburg. Sheâ€™d just gotten a ride in it and when her dad bought one soon after she knew it was her airplane.

Our children have always felt that all the airplanes belonged to them personally (some more than others), but one in particular was their favorite and when it left the nest, I thought that our kids might never forgive us. It was the Travelair 4000. Eleanor went to her first fly in at the ripe old age of 3 months in that airplane and it is referenced appropriately in her song.

The music in this great video is “Born in a red Travelair” by Marti’s daughter Eleanor. The music doesn’t start immediately…just keep watching. Judy