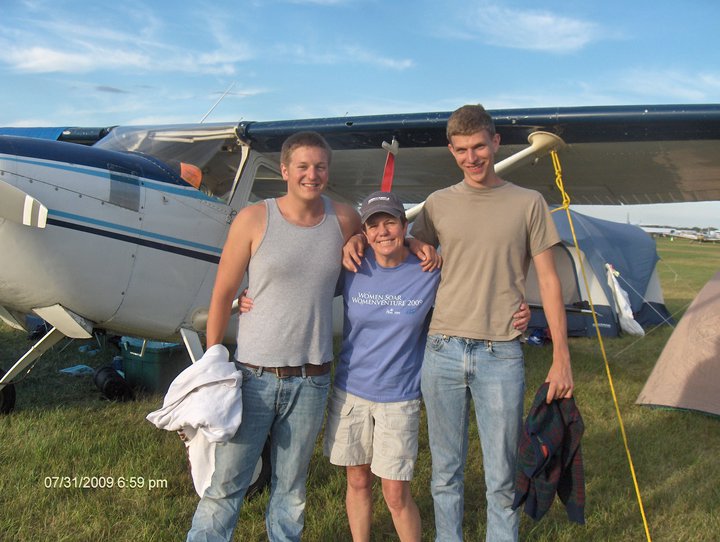 Mary Conklin is based at Capron, Illinois (88IL) and flies a Cessna 180.

I own on a farm one mile north of Capron and have a RLA and hangar in my back yard. It is called Maryâ€™s Landing and the identifier is 88IL. It is on the internet if you care to find specifics. The closest public airport is Poplar Grove Airport (C77) which is where I have my annual inspections and buy fuel. Â C77 is where I met Tina Thomas and have known since I began flying planes. 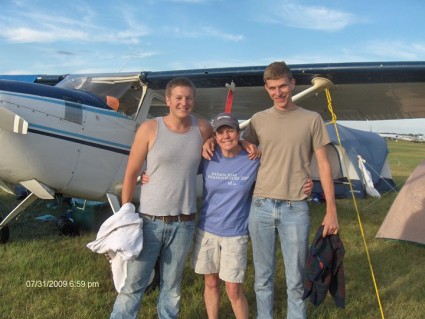 I got my pilotâ€™s license in 1989 in a Citabria. I learned how to fly on a private grass strip in Marengo, IL. I got my instrument rating in 1990. I have always loved aviation and started out as a skydiver in 1975 and was a member of the Pelican Skydiving club in Maryland. Lynn Oâ€™Donnell flew the DC-3 that I jumped from many times in Maryland. I have known Lynn for at 35 years. I accumulated over 1000 jumps until I quit in 1986 when I had my first son. However, I do plan on jumping again as soon as theÂ mid-westÂ weather gets a little warmer this spring. 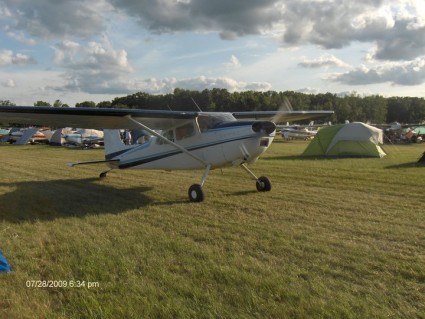 Actually, my entire family are pilots. My husband (deceased) was a Super 80 Captain for American Airlines for 16 years. My oldest son, Spencer (age 23) is a FO and flies the CRJ700 for United Airlines. My other son, Winston (age 22), is currently in college and has soloed a Cessna 140. Both sons learned to fly at C77 in taildraggers. 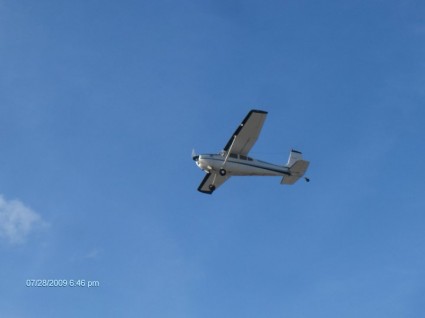 If anyone happens to be flying over, please feel free to land and say hello. Do a low pass down the runway to give me time to get outside and let you know I am home. The week before OSH, I will have my handheld tuned to 123.45 if you just want to say hello. 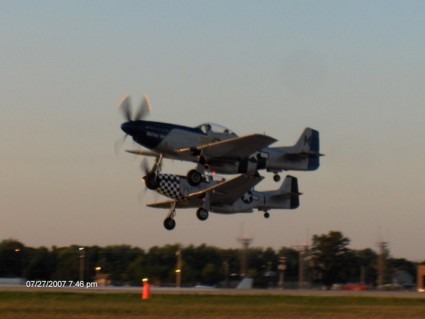