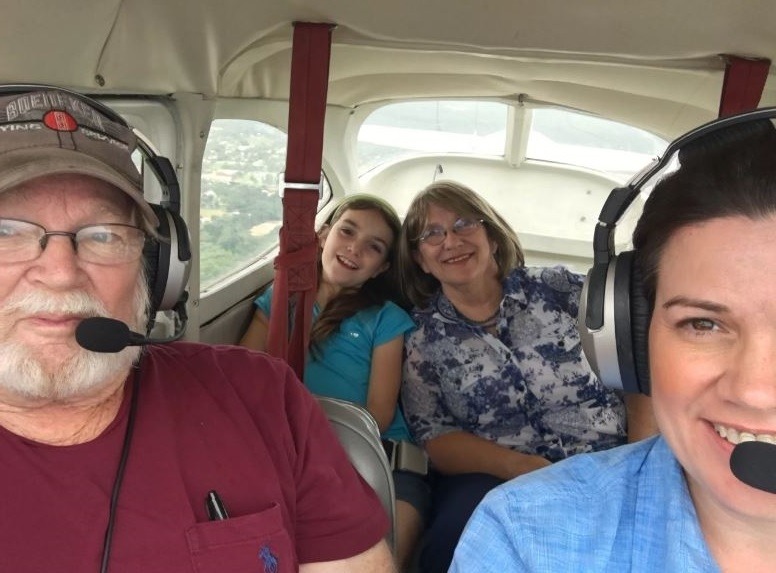 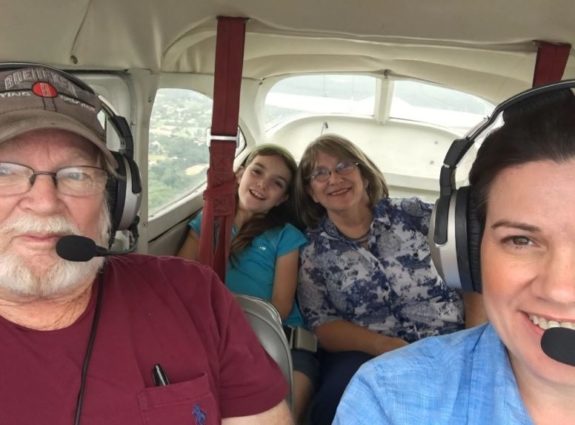 Lawrence and our student, Kimberly Jackson up front. Iâ€™m in back with Kimâ€™s daughter, Sierra!!

It was early spring of 1970. I went with my mom and brothers to the Vernon airport. My older brother was interested. I was only 16. Learning to fly had never really been a thought and certainly not a passion at that point in my life. While we were at the airport, I met a cute guy and he was definitely flirting with me. I started asking around and learned that the guy who worked at the airport was married with two kids. Nope. Not interested!!

A few weeks later, my brother applied for a job at the airport to flag for the cropdusters. He was hired instantly, by that cute guy (Lawrence) who had been flirting with me!! Turned out it was a different guy who was married with two kids. Whew! Lawrence was in charge of the ground crews and convinced my brother that he would lose his job if he didn’t get me to drive him to work. AT 5AM!! I finally did get up early and drove my brother to work. That afternoon, Lawrence took me on our first date. He put me in the left seat of a Cherokee 140. N9629W. He made me make the take-off. I was hooked!! 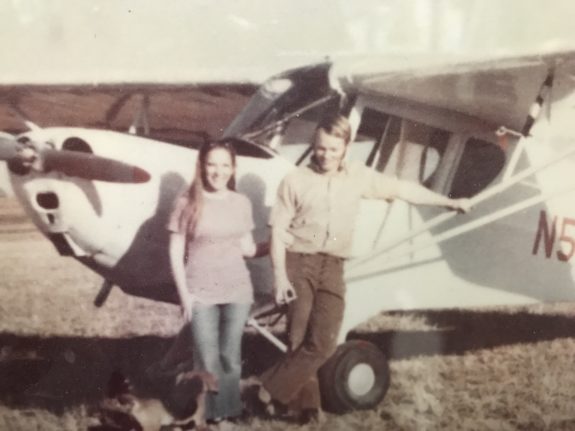 Lawrence and I with my L-3

I loved flying and I was definitely falling for Lawrence. This may have been a test!! If I didn’t like flying there might not have been a second date. That was in May of 1970. We got married in September. Totally changed my life’s direction. Quit high school. Moved to Dallas. Enrolled in college. Of course, now we have no money but we had dreams. We moved back to Vernon (Texas) in 1972 and he started working as a crop duster. I started taking flying lessons and soloed that summer. 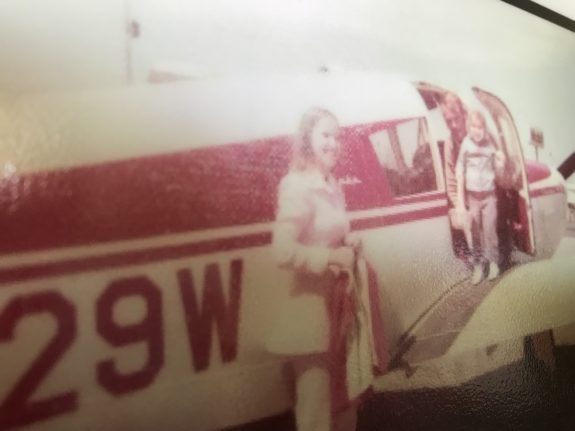 Lawrence, Tamara and I with the plane I took my first flight in and my first solo in!!

In January of 1973, I started A&P school. Then we found an Aeronca L-3 project that we rebuilt and I flew it to and from school with our little girl in the back seat. By June of 1974, I had earned my A&P, commercial and CFI! In June of 1976, I became an air traffic controller. I retired from ATC in 2002. We celebrated our 47th anniversary a few months ago. Our daughter is a professional pilot. Her oldest daughter is also a professional pilot. Lawrence even trained our oldest granddaughter, Amanda, to be an ag pilot! We lost track of how many pilots we trained and mentored through the years. Many of them have fantastic stories of their own. 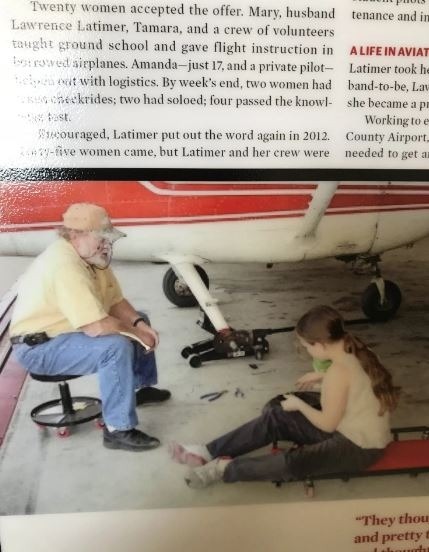 Lawrence and granddaughter, Amanda. Teaching her to change a tire.

In 2011, I founded the GIFT Academy and Lawrence has always been my “key” flight instructor as well as the love of my life. The GIFT Academy has turned into an amazing adventure. Without his support and encouragement, it is unlikely I would have made it through the challenges of A&P school, Air traffic controller training as well as CFI and ATP. We continue to fly together and separately.

Have bought and sold many airplanes through the years. We continue to train students and celebrate their successes. This journey has been the love of two people for each other, for flying and for all the students we have inspired, mentored, tutored and trained through almost 5 decades. The story doesn’t have an ending yet and hopefully our legacy will continue for many decades to come.