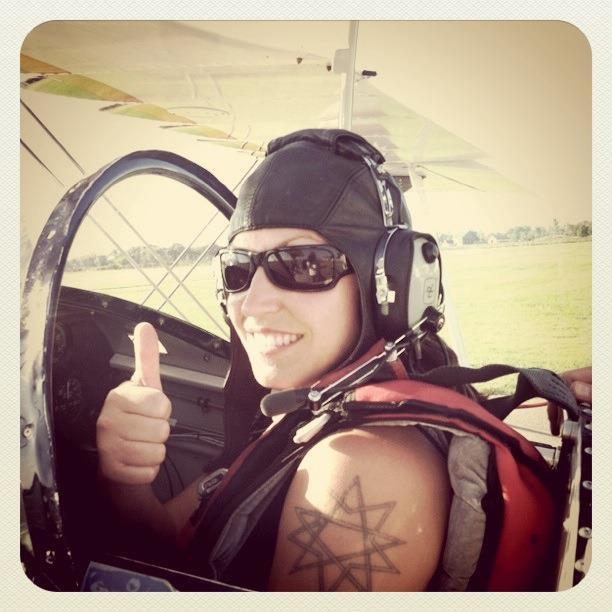 November 2011: Mary MacDonald, California. She’s been a busy busy girl! Recently featured in a documentary film by Michigan based production company Airspeed, she appears in Acro Camp 2, a Â film that follows first time aerobatic pilots for one week as they learn the art of aerobatic flying. Mary’s also working on getting her Commercial right now!

From the Santa CruzÂ Sentinel: While attending a local air show, Macdonald learned of the opportunity to participate in a film about first-time aerobatic pilots. After an application and interview process, she was cast by the Michigan-based production company Airspeed to appear in Acro Camp 2, the sequel to 2010’s Acro Camp, a film that similarly followed novice aerobatic pilots.

When asked about any last minute jitters, the nearly six-foot Macdonald recalls “waking up every night for the last month and lying wide awake thinking about flying upside down. I felt both excited and scared.” Her fears are understandable – aside from the physical demands, complicated flight stunts and an accelerated gravitational pull often requires that pilots don a parachute. But for the risk-loving roller derby enthusiast, the real appeal of aerobatics is something closer to meditation. “When you’re pulling up Gs, and tensing your body up, you just don’t have time to think about the unimportant things. Other times, I’m just sitting at my computer. But when I go fly, that’s when I think ‘this is living!'” 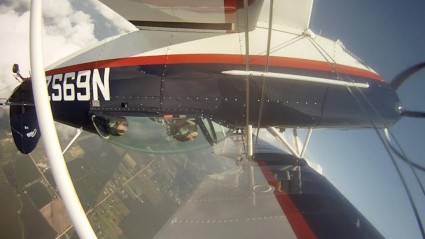 It’s not a free ride – since the film is made directly out of pocket, participants must pay their own way. Thanks in part to two-fold donations made through her website rubyriptide.com and private contributions, Macdonald, a single mother, was able to raise the money necessary to pursue her airborne adventures. 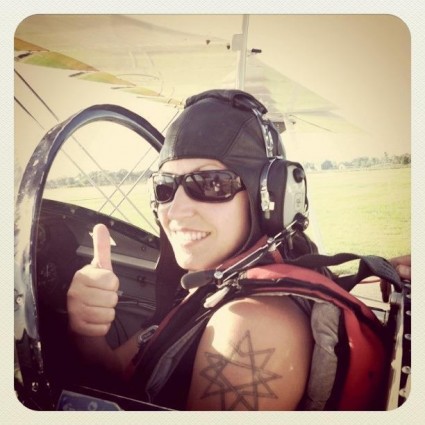 If you ask her, it’s worth the price of admission – aside from an intensive four daylong flight lesson, Macdonald cited the film’s success and large following within the aviation community as contributing factors in her decision to put herself – and her nerves – to the test.

Mary MacDonald, a.k.a., “Ruby Riptide”, a member of the Harbor Hellcats, one of the four teams that make up the amateur roller derby league the Santa Cruz Derby Girls. 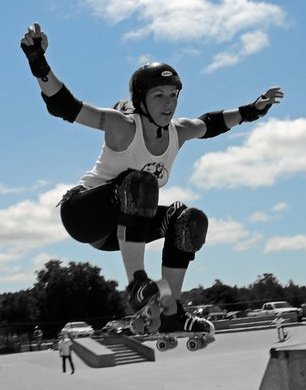 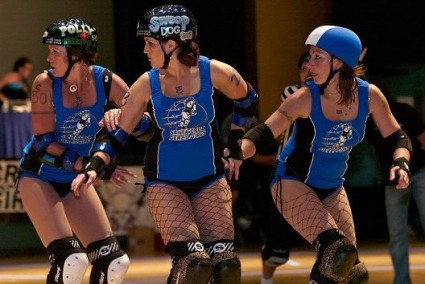 Click here for Mary’s blog where you can watch a video about Acro Camp II and make a donation: Ruby Riptide
>—————————

Mary Macdonald is based at Â Angwin-Parrett Field (2O3) Â in Calistoga, CA. 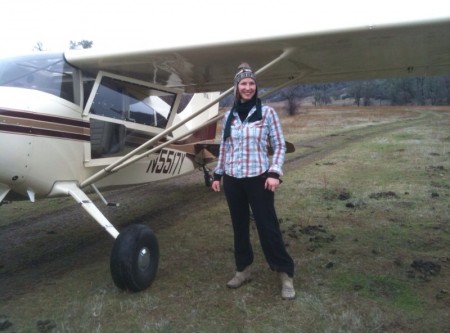 Mary with her Maule

I fly a Maule M7-235 taildragger and have a tailwheel and high performance. Â I enjoy backcountry flying the very most! 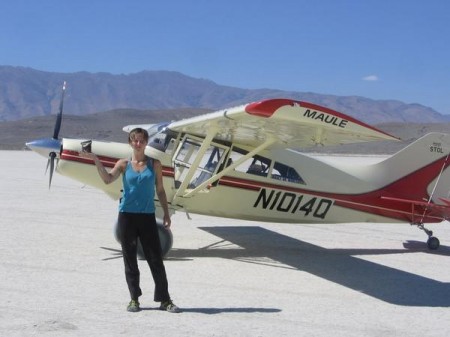 I hope to meet some more taildraggin’ ladies. Â I sell Maules and Maule parts too; Â http://maules.com. 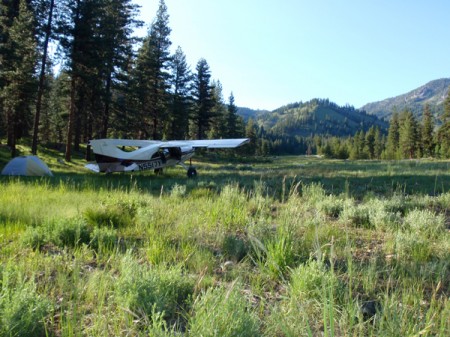