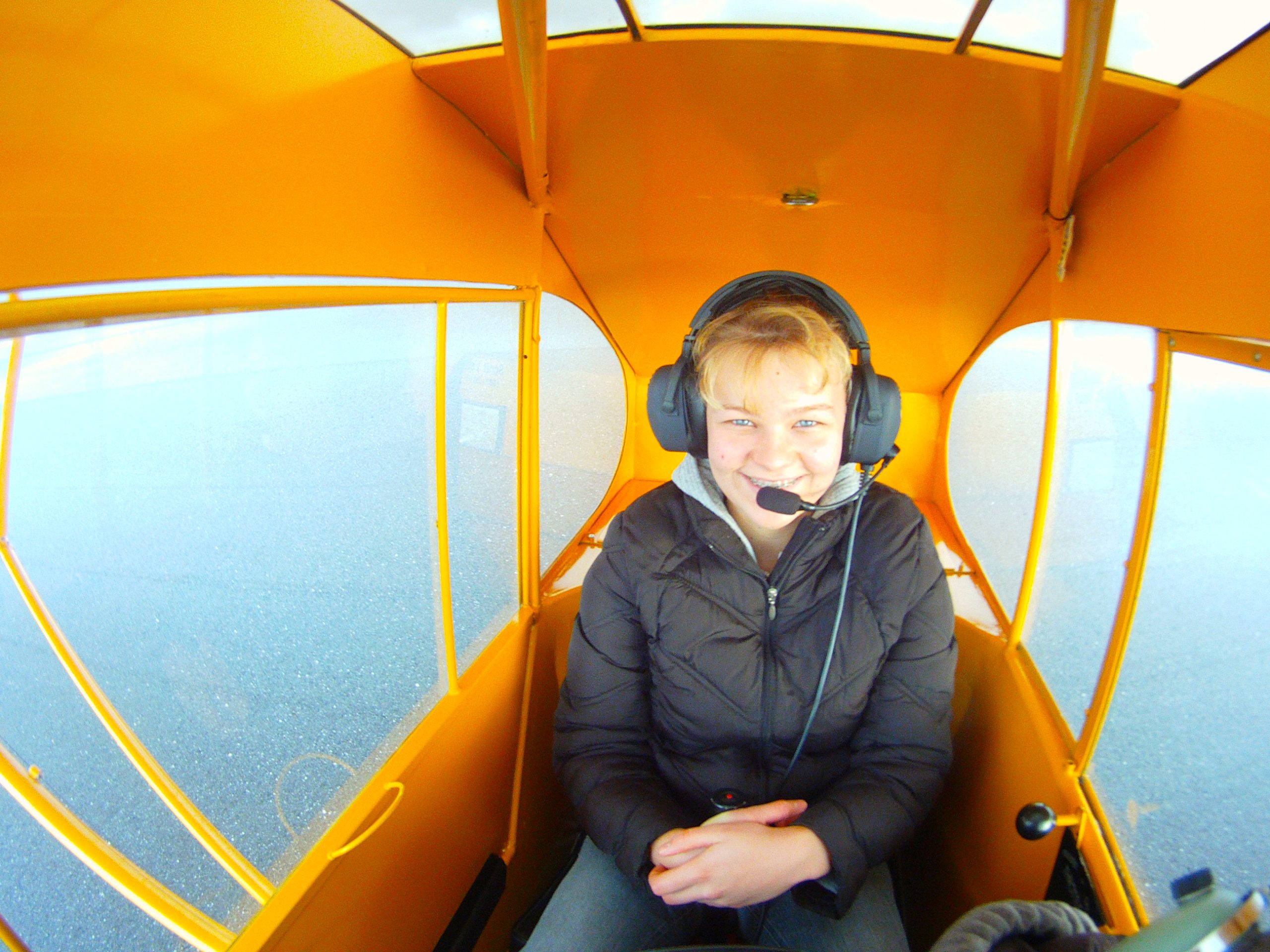 Masie Veal is based at KRBL,Â Red Bluff Municipal Airport (her back yard), Red Bluff, California. 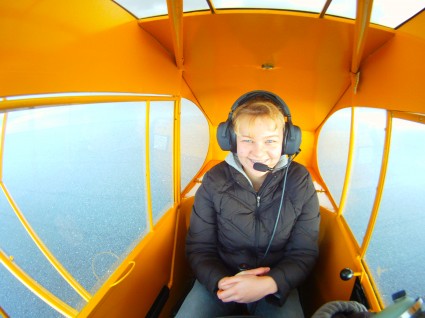 “I am 16 years old and love our J-3 Cub. I soloed on my birthday and want to go on to get my commercial pilots license. I lost my brother last year in a plane crash and he had soloed in the same J-3 nine years earlier.” 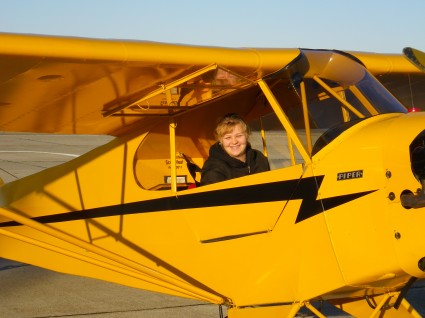 “I love flying taildraggers and would love to have a Stearman some day. We have lots of pilots in our familyÂ WingsAndRods.comÂ . Masie Veal” 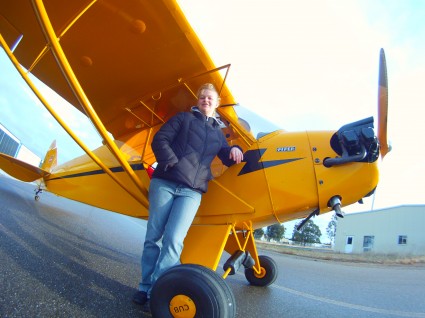 It’s amazing how much fun you can have in 22 seconds! Check out Masie learning to fly a Cub.

I’m not sure who looks happier, grandpa, Masie or dad! 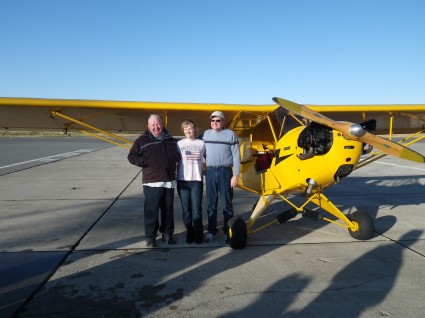 From the Red Bluff Daily News; “My brother was 16 when he soloed in the same plane,” Masie Veal said. “When I saw that, I just really wanted to do that, too.”

Scott Veal had planned on watching his sister perform her solo, but he died Sept. 2, 2011 in a mid-air plane crash in Alaska.

“In the last conversation I had with her brother, he was excited about her flying,” their father Jeff Veal said. “He had wanted to be here to see her fly.”

Just 19 days after Scott’s passing, their mother, Lorry Veal, died of an undetermined natural cause.

After her mother passed away, there was a moment when they had to re-evaluate the possibility of performing the flight, Jeff Veal said.

It was not that Masie wanted to give up, but it was more about the time frame of getting it done on her birthday.

“We wondered if it was going to be hard to get back on the plane, but it really became a healing process for us,” he said.

Jeff Veal, a pilot for the state Department of Fish and Game and a flight instructor, taught both his children how to fly.

He learned it from his father.

“It’s fun and neat to have that connection,” Jeff said. “It’s a common ground that we have.”

Jeff, Bob and Scott all worked on restoring the vintage 1947 Piper J-3 Cub that Masie and her brother soloed in. She also wore the same leather jacket that Scott wore when he soloed.

“Even though I really wanted to do it, that added some sentimental value,” Masie said.