Sweetwater, Texas is home to the National WASP World War II Museum at Avenger Field and host for the May 2011Â WASP Homecoming (Women Airforce Service Pilots). Â Thanks to Marie Spear for sending these lovely pictures from an awesome event. MarieÂ is based at (KENW) Kenosha Regional Airport, Kenosha, Wisconsin. 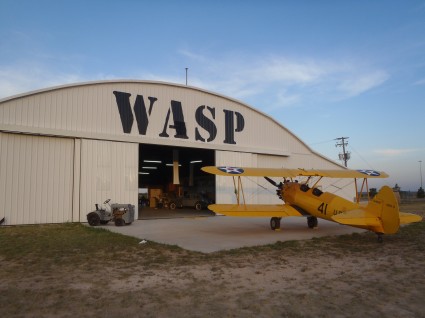 My husband and I flew our Stearman to the WASP Homecoming from our home airport here in Kenosha, WI. It was an awesome experience!!!!!!! 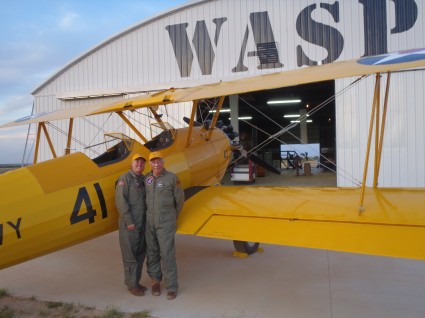 From the Reporter News;Â In the spirit of WASP, Peter and Marie Spear flew their restored 1941 Stearman â€” the same model that WASP flew â€” a thousand miles from Kenosha, Wis., to Sweetwater. 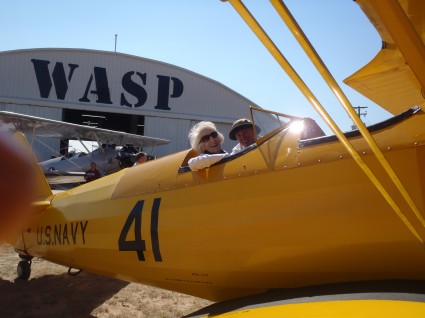 “I would have been a WASP,” said Marie Spear, adding that she had never heard of the female aviators until her husband gave her a book, so she insisted they fly in for the homecoming.Â “They are inspiring,” she said. 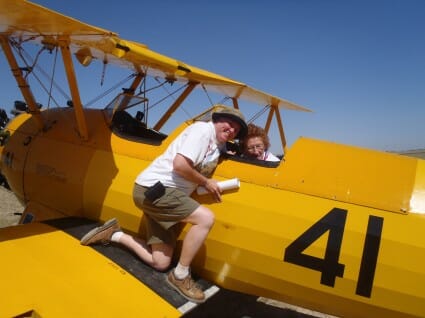 Peter Spear let one of the WASP get into his plane.Â “I said we better be careful getting them out of the plane,” he said. “They are a national treasure.” 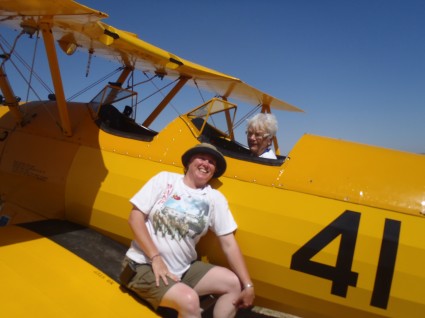