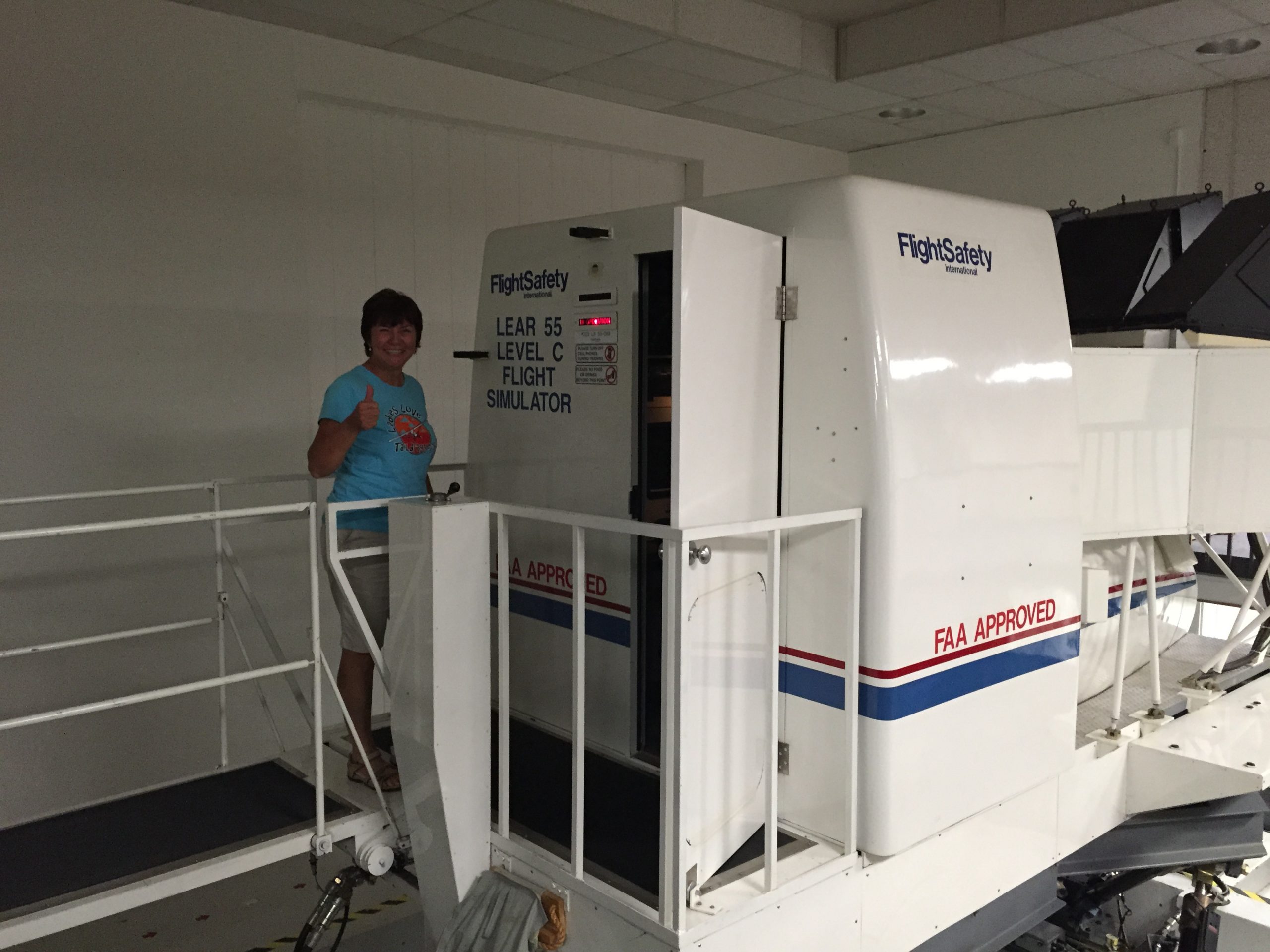 I am cramming more than is humanly possible into this short little impromptu adventure I’m on. I mean, really, how is it even possible that I get an invitation to fly a Lear 45 sim while I’m in Wichita?! I don’t know the answer but I do know that Jerry Griggs, the director of standards at the Learjet Learning Center operated by FlightSafety International in Wichita, offered just that to me. A big “YES” and “what time do you want me there?” got me in the front door and amazingly inside a Lear 45 sim. 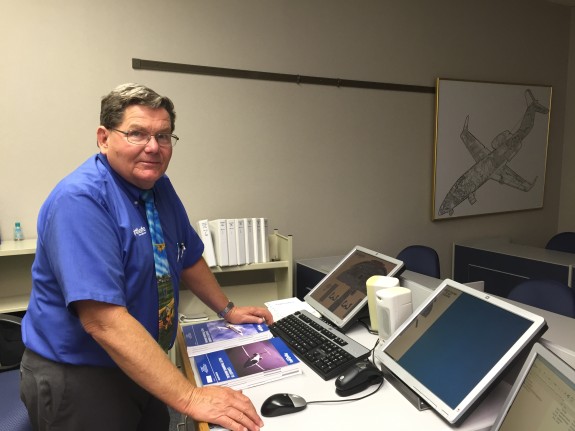 Jerry Griggs showed me around Flight Safety. He may have thousands and thousands of hours flying Lears, and even more Lear sim instruction time, but at heart he’s all about his 1937 Aeronca K taildragger. 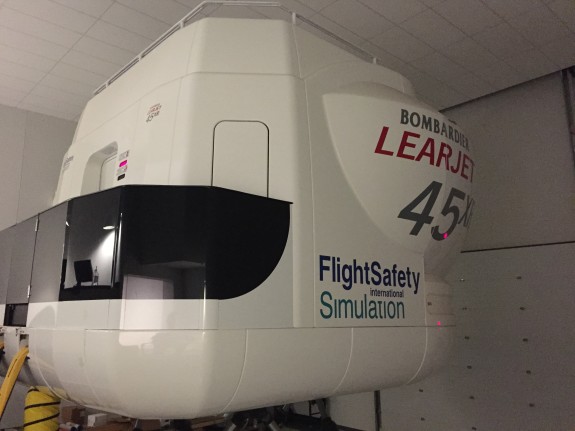 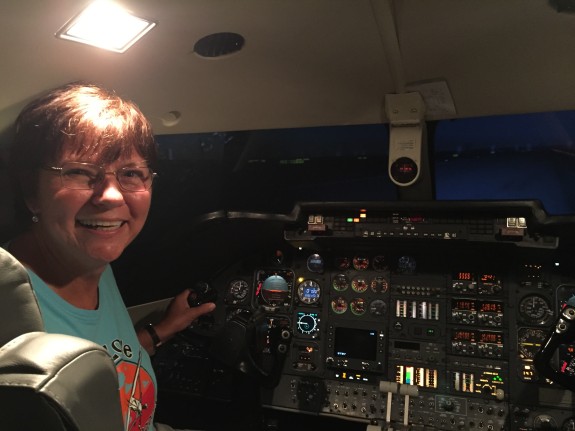 I crashed us when I got a left wing in the ground on a touch and go at LaGaurida, my only crash, but Jerry covered for me after that slip up. We flew for an hour and landed at multiple NYC airports, past the Statue of Liberty, between NYC high rises and low over Central Park. Jerry set the visibility to the full range of what you’d experience in real flight, 3 miles, 5 miles, night, sunset, clouds with lightening, the full gamut. Â It is astounding how real flying the sim is! 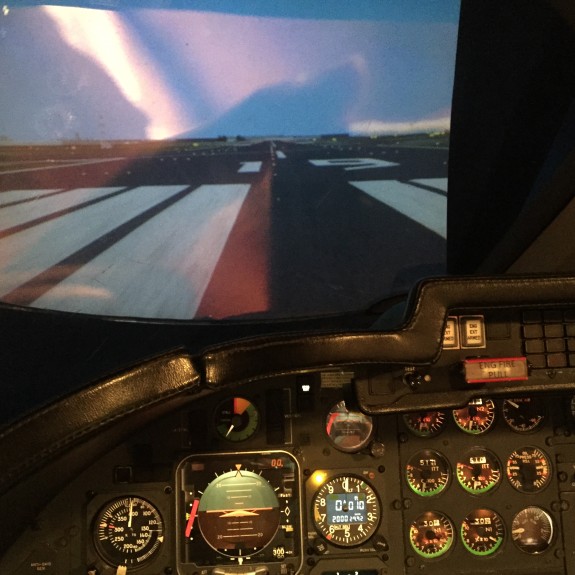 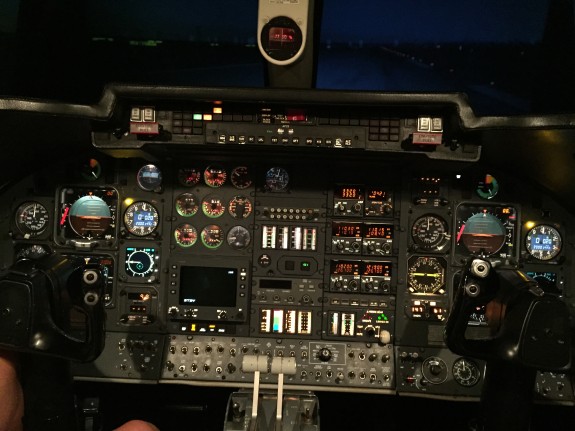 Thank you Jerry, I’m forever grateful to you for this once in a lifetime experience! 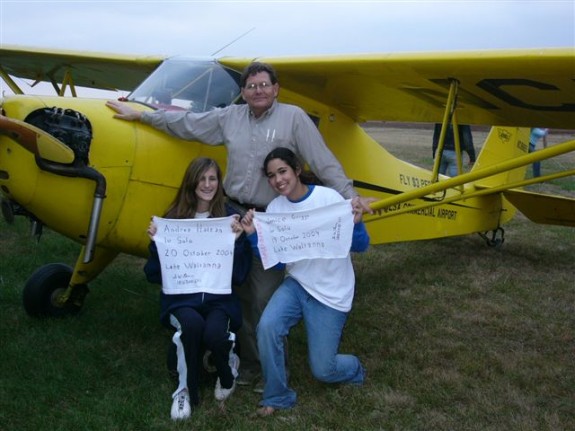 Jerry soloed his daughter and her best friend, Janice Griggs one day and Andrea Hattan-Stang the next.