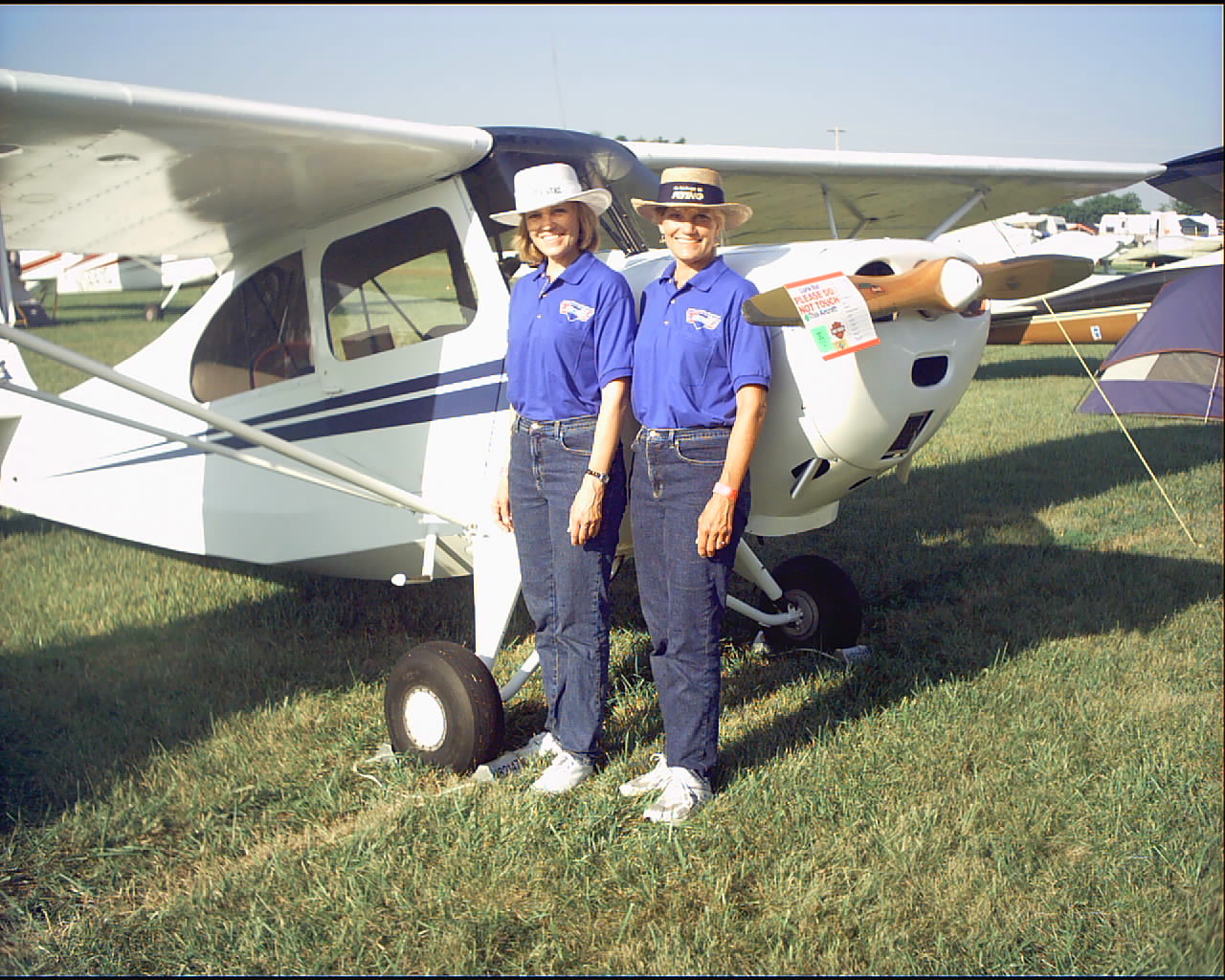 Melinda Â flies her 1946 C-65 Champ out of a grass strip in St. Joseph, MO and is pictured with her twin sister, Melissa Adams, also a tailwheel pilot. 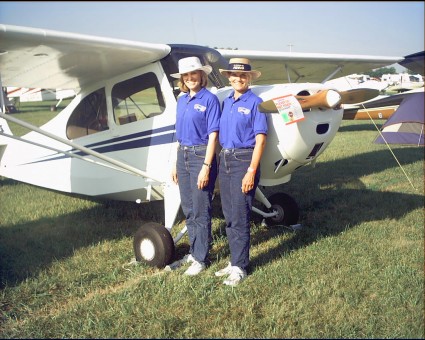 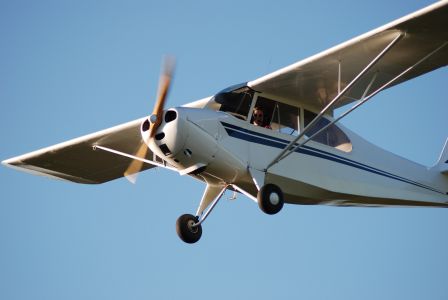 My name is Melinda Hopper and I live at St. Joseph, Mo. I fly out of a lovely grass strip a few miles south of town, owned by a private individual. There are 14 hangars there, with mostly ultralights, and one or two homebuilts.I first fell in love with flying when I got on an airliner in October 1989 at the age of 37. A year later, a friend took me up in his Aeronca Champ, and then I WAS hooked!! I started saving my money, and a year after THAT, began flying lessons. (In the meantime, the friend was teaching me to fly the Champ, but he wasn’t an instructor, so I couldn’t log it.)

I got my license in October 1992 at the age of 40, after training in a Cessna 172. I rented planes for several years, while saving up and looking for a Champ. I finally found one in 1998, bought it, and have had it for 10 years. It was rebuilt by the father of the friend who took me up for my first ride in his Champ. His Champ was also restored by his dad – his and mine were the last two of 16 planes his dad restored. 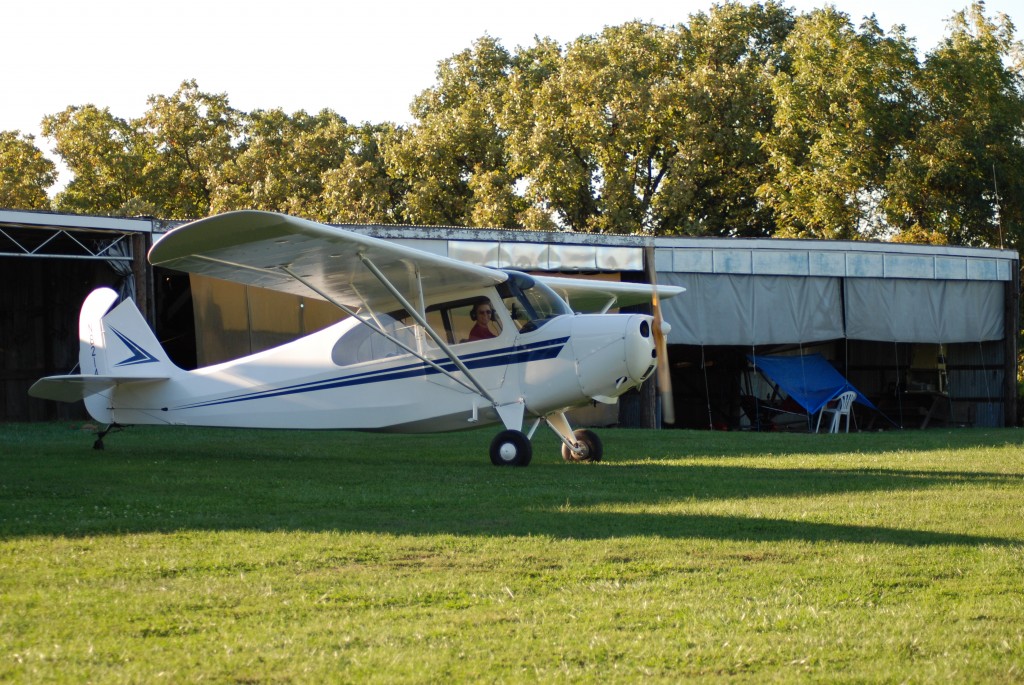 My Champ is a 1946 model, manufactured in January that year. It’s a basic Champ with a 65-horsepower Continental and no electrical system. Yep, I have to use the old “Armstrong” starter!

I have flown Cessna 172s and 150s, Piper Tomahawk, Cherokee, Warrior, Archer and Aztec – also a single-engine Piper retractable that I’ve forgotten the name of! I had some twin time and instrument training, but never got either rating. I did, however, get a limited commercial license in 2005. 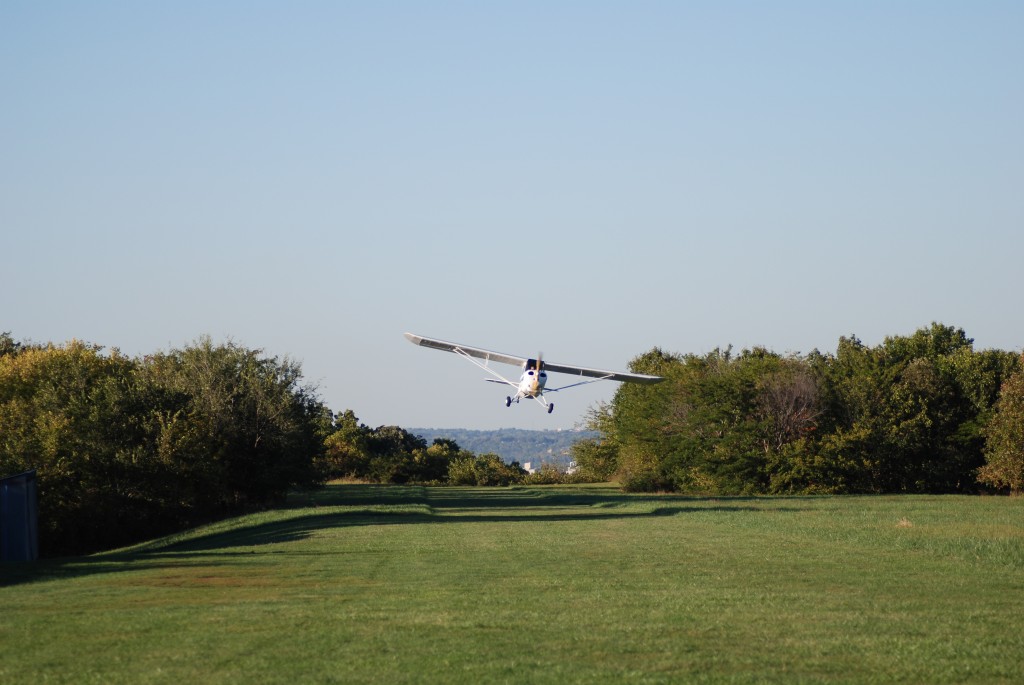 I have flown many places in my Champ (and rented planes before I got the Champ) – fly-ins and fly-in breakfasts in Iowa, Kansas, Oklahoma, Nebraska and Missouri, trips to visit relatives and friends, and Oshkosh twice in the Champ and to Middletown, Ohio for the National Aeronca Convention.