Submitted by Heidi Stoeppler who isÂ based at 79S, Fort Benton Airport,Â Montana and is flying a tcraft! 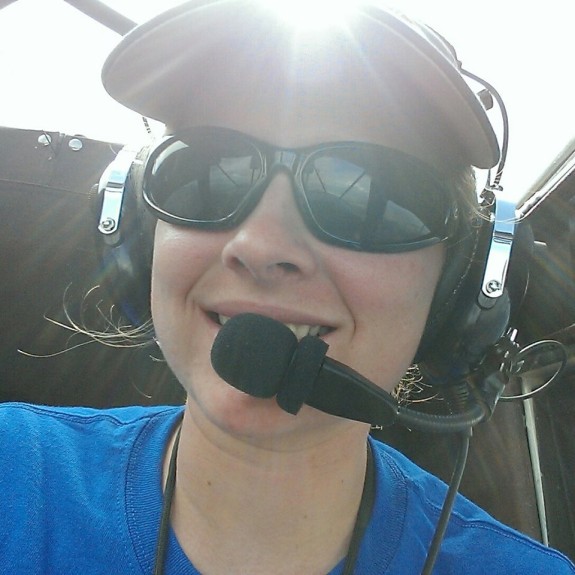 Just got home from the 2015 Missouri River Breaks Fly-in at Winifred, MT. It was a blast! I met so many new friends. All the pilots there were very experienced tailwheel pilots and they gave me a ton of advice. If you ever get the chance, go to one of the Super Cub fly-ins! Trust me, you won’t regret it! 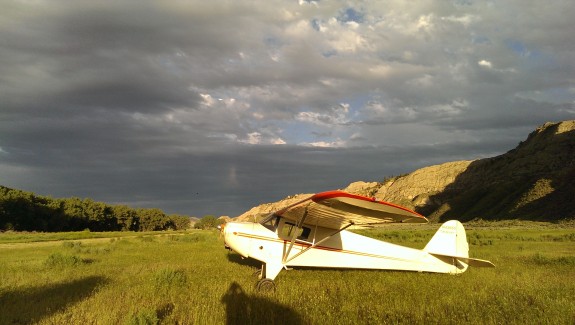 Camped out at Winifred (9S7) Saturday morning. We all flew into Lewistown (LWT) for a pancake breakfast. Saturday night 8 of us flew into Heller Bottom which is a private strip that isn’t even on the map yet. We always came back to Winifred for the night. I didn’t have a passenger the whole time but I was in line with a bunch of different airplanes when we flew around.
, 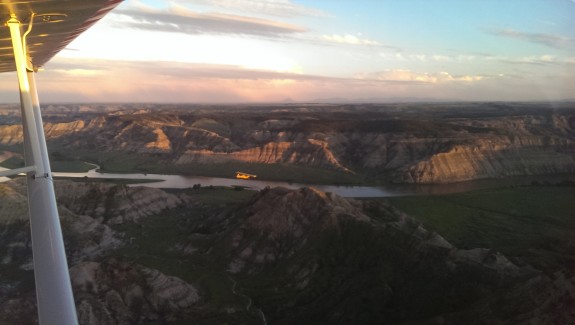 Heller Bottom wasn’t a short strip but my challenge was I’d never been off an official airport before – I was a little nervous. A few times other people went down there but I didn’t because I thought it was too windy or hot for my plane (I have 65 horse engine and everyone else has 180 horse, plus I’m new and they all have thousands of hours, many of which are to back woods strips). Heller Bottom is in a canyon right next to the Missouri so the wind can be gusty but when I landed it was calm. 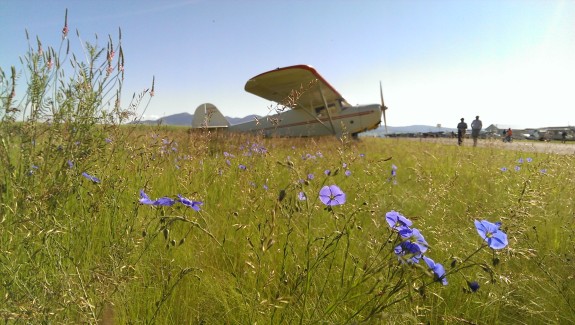 The most challenging was it’s an East-West strip and the sun was going down so landing west I was completely blind. I had to use the sides of the strip out my side windows to keep straight. Going out we wanted to see so we all took off with about 10 kts tailwind but my plane handled that ok. 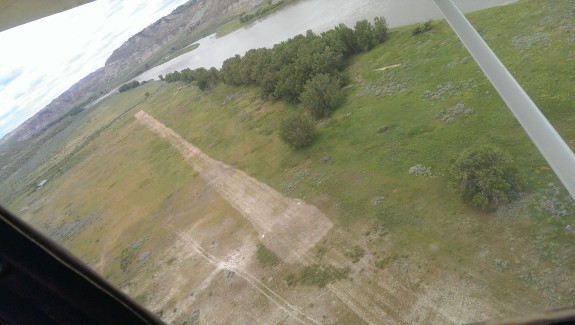 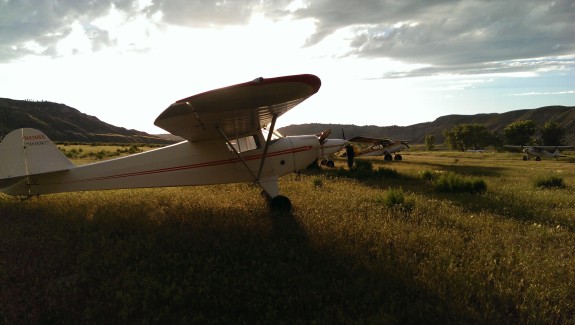