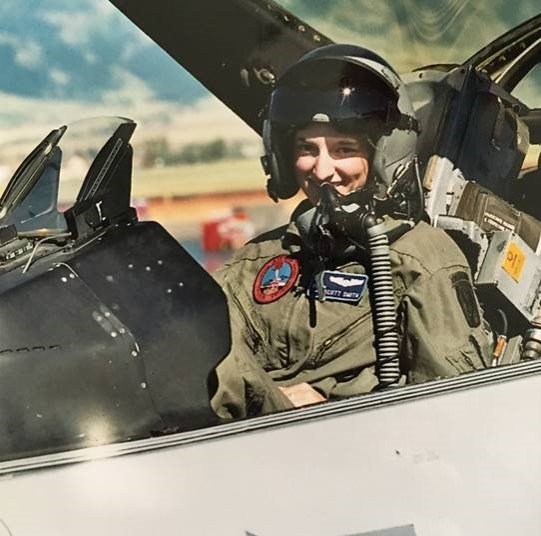 Missy Martin is based at KDLN,Â Dillon Airport,Â Dillon, Montana.Â This is Missy’s LLT ‘Pilot Profile’ and her love story!

So there I wasâ€¦a dopey, awkward, high-school senior at the Bozeman, Montana airshow in 2001. My dream was to fly and I wanted my senior year book photo in the cockpit of an F-16. My 5â€™8â€ self showed up in my 6â€™4â€ cousinâ€™s army flight suit complete with a blue angle patch on one sleeve and an airborne patch on the other. I thought I looked pretty cool. I marched up to the pilot standing next to the F-16 and asked if I could please get my picture in his plane. I will always remember how nice he was and his look of amusement. The gates to the airshow had just opened so he asked that I come by at the end of the day because if he let me up in the cockpit, it would turn into a very long day for him having to let every kid up there. I happily obliged and spent the day wondering around in amazement and anticipation.

I reported back to the F-16 at closing time for my moment of stardom. He kept his promise and helped me scramble up into the cockpit. He gave me his helmet and even let me connect the mask (gross). He felt bad that I didnâ€™t have a name tag or wings so he took his off and placed it on my flight suit. I was in heaven. My high school year book photo is pretty awesome.

I left my beloved state of Montana for college in Colorado the following summer. I couldnâ€™t afford flight lessons, nor were my parents keen on the idea of me flying around the mountains of Montana so I thought the Air Force Academy was my ticket to a life in the skies. 4 years of military college prison later and I had my pilot slot! I was heading to Columbus, MS for a year of pilot training with my boyfriend, soon to be husband, a fellow academy grad and aspiring pilot. I couldnâ€™t have been more happy. Upon arriving in Mississippi, my husband decided he didnâ€™t want a wife that was a fellow/competing pilot. I had the choice of my pilot slot or our marriage. I chose him. Needless to say, that marriage didnâ€™t work out.

Fast forward 8 years to 2013. After 5 years of punishment (for being stupid enough to give up my pilot slot) in the missile silos of North Dakota, 2 years as an Executive Officer, and a year of Navigator training, I was in Little Rock, AR for C-130 Navigator school. I was walking down the hallway of the school house and saw a Montana pilot (evident by the crazy fighter pilot patches in a C-130 school house). Montana had recently converted from F-15s to C-130s and the first pilot to convert was in training. I looked at his name tag and then did a double take. I remembered that name. I went home and dug thru my year book. There it was, my year book picture with his nametag on my flight suit. The next day, I sheepishly asked him if he remembered the geeky girl wanting her photo in his plane, 12 years ago. He did. We immediately became great friends. He encouraged and helped me finish up my PPL which I had buried so long ago with my buried dreams of flying. 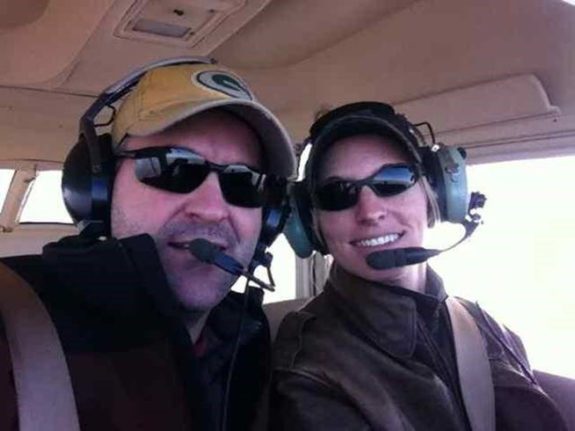 To make a long story longer; fast-forward 3 years and I got the crazy opportunity to return to pilot training to fly the mighty Herc for my beloved home state of Montana. It was 10 years after I had given up my original pilot slot and I was one of the oldest students to go through pilot training at 33. I didnâ€™t screw it up this time. Even better, I had my year book stud by my side the entire time as we had started dating shortly before I left for pilot training. 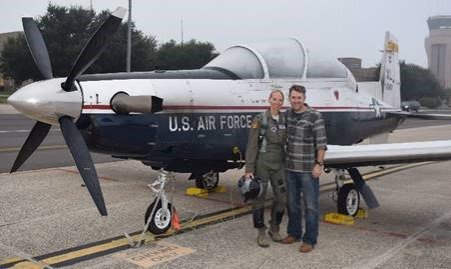 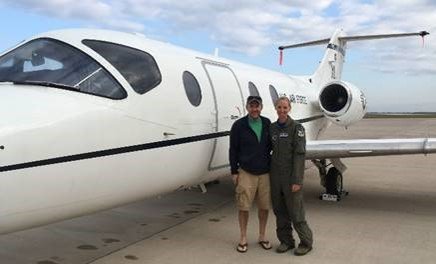 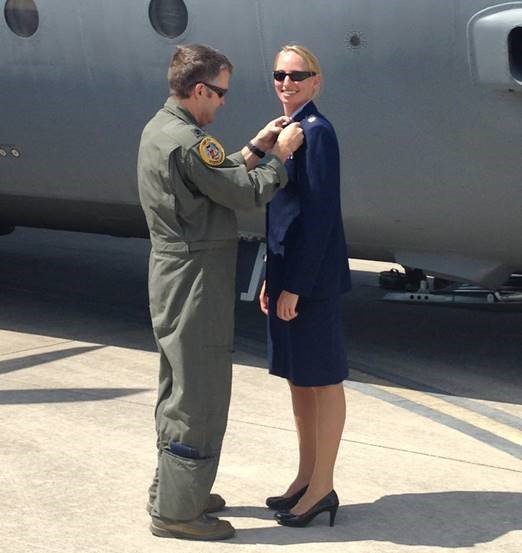 So what does all that have to do with tailwheels?! Lucky for me he grew up flying his dadâ€™s 1945 J-3 cub. I wanted to learn so we could fly a cub together. I loved flying but I didnâ€™t REALLY love flying until I started flying tailwheels. I finished up my tailwheel endorsement in a wonderful C-170B and we just had our first flight in a J-3Â on Thursday, and I got to fly him around! The two loves of my life: 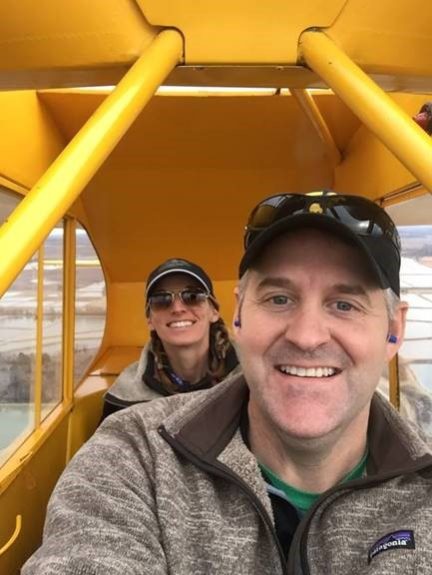 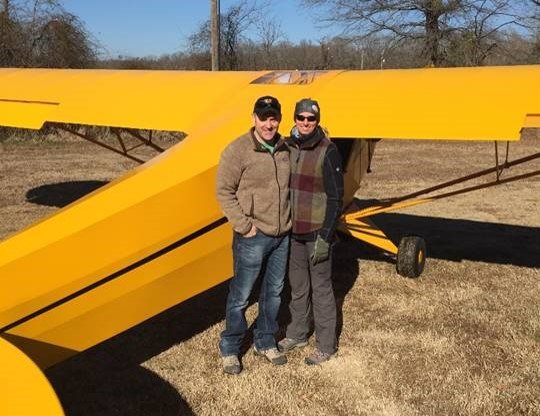