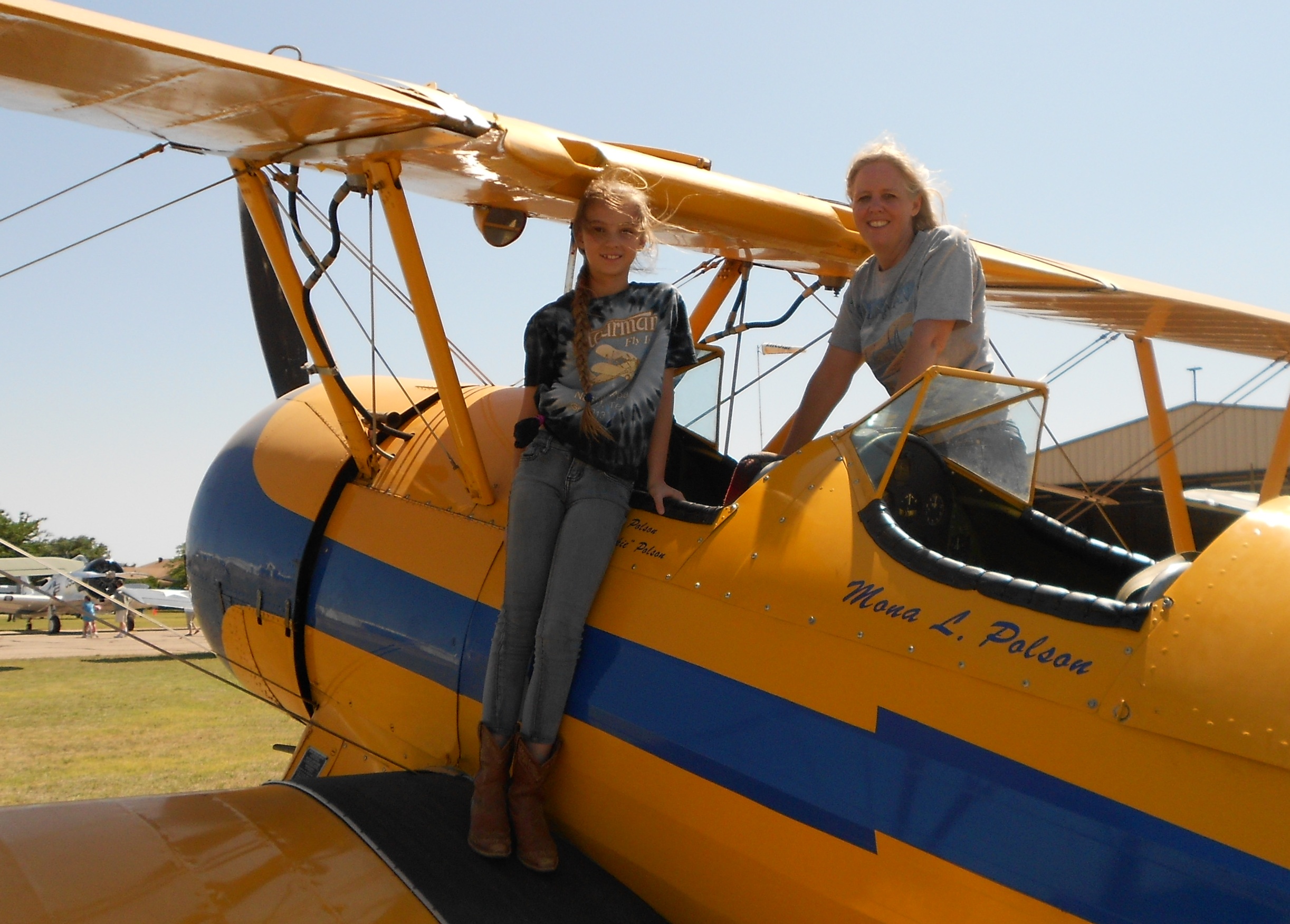 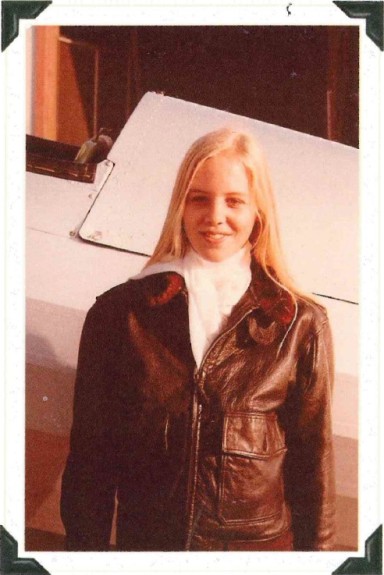 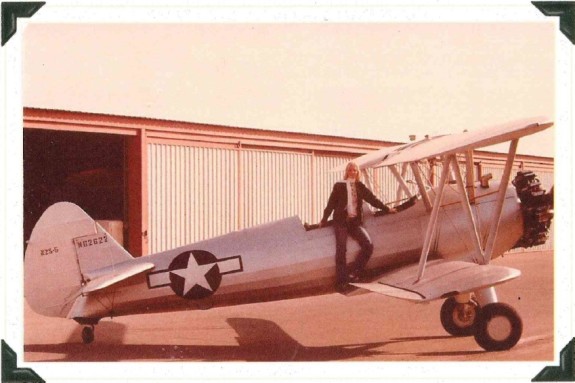 Monaâ€™s airplane-of-choice is N621SR â€“ a 1942 Stearman with a 450 HP radial engine (fill the oil and check the gas, please!) This is the same airplane used in the Clint Eastwood Movie â€œSpace Cowboys.â€ Her father, Hartley Folstad, flew the Stearman stunts for that movie. It was red back then with no cowl or pants (the plane â€“ not Hartley). This is also the same plane Mona soloed in at the age of 16, however it had a different N-number and was equipped with the stock Lycoming 225hp engine back then.

Mona grew up in an aviation family in Southern California and was surprised in elementary school to find out every family did not keep a family plane at the local airport. Mona received most of her Stearman training during a trip she and her father took across the county from Chino when Mona was 15 – flying by the statue of Liberty (which was allowed then) and visiting the Oshkosh fly-in. 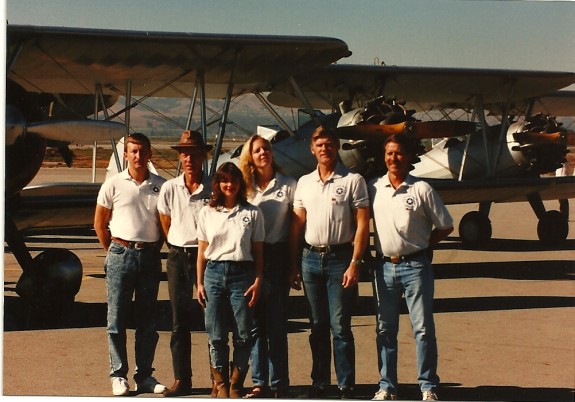 One Stearman wasnâ€™t enough for Hartley and Mona, because they both wanted to do the flying. So after a second Stearman was restored, they started the Stearman Flight Center where they gave rides and rented out the planes. Clients soon became a group of good friends known as â€œHartleyâ€™s Hordeâ€ around Chino. Always enjoying the restoration projects, they soon purchased a 450hp Stearman to rebuild. Once the 450hp Stearman was completed, Mona was eager to try it out, Once in the 450, she never went back to the stocker. Soon Mona and her father started the Silver Wings Airshow Team. With the addition of a wingwalker, the team changed its name to the â€œSilver Wings Wing Walking Teamâ€. At this point they were flying with 5 restored Stearmans (3 with 450hp and 2 with 225hp) at local air shows. Mona got her low-level aerobatic waiver, and along with wing walker, Margi Stivers, were probably the first all-female wing walking team long before many of the people who claim that title today. By the time she went off to college, Mona had dealt with her fair share of situations – including landing with the Stearman on fire â€¦.. twice! 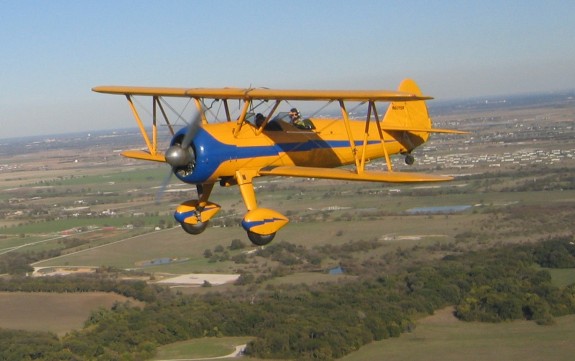 Mona would end up taking the family Cessna 310 to Embry Riddle Aeronautical University in Prescott Az. where she would get a degree and a career in avionics software design. For a change in pace after college, she spent a summer towing banners behind a Scout up and down a beach in Maryland. 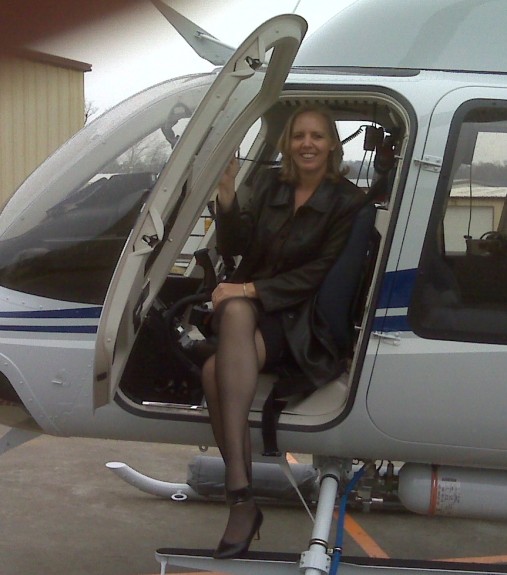 Today, Mona is a flight safety engineer with Bell Helicopter in Fort Worth where she lives with her husband, John and daughter, Ashley. Several years ago she bought her beloved first Stearman (now a 450hp aircraft) from her dad, plus she has a collection of parts that is supposed to assemble into another one â€¦. someday. Mona has her A&P license and has an IA. In spite of all her years flying and probably being one of the best seat-of-the-pants pilots I know, she still has people tell her a 450 Stearman is too much airplane for a girl. 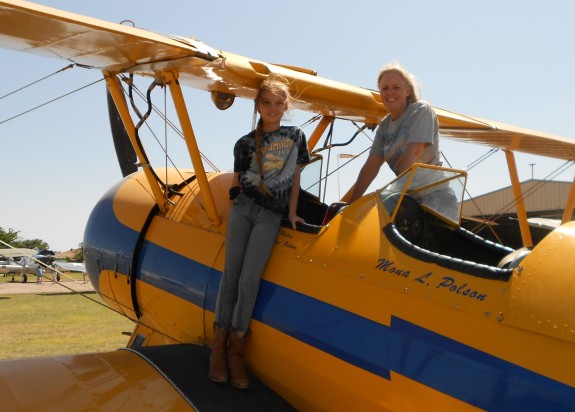 When she finds the time between family, work, and a passion for horses she shares with her daughter, she can be found at local grass-roots fly-ins, or just flying the Stearman around for the sheer joy of it.