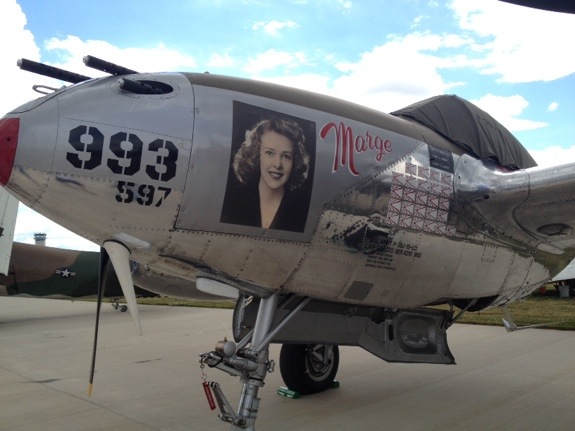 It was an absolutely spectacular 1st day at OSH. There are lady taildragger pilots popping up all over the place! 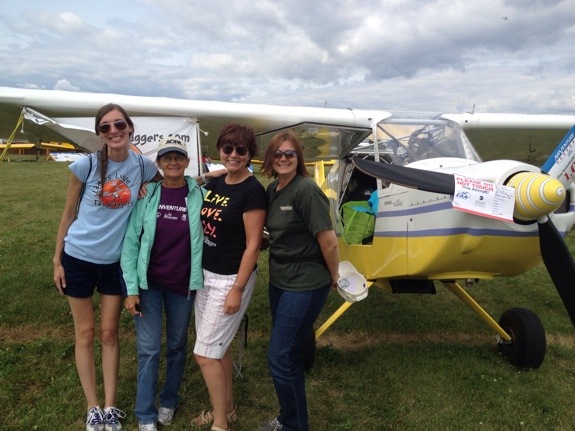 One at a time, and sometimes in groups, the LadiesLoveTaildraggers gals are at AirVenture. 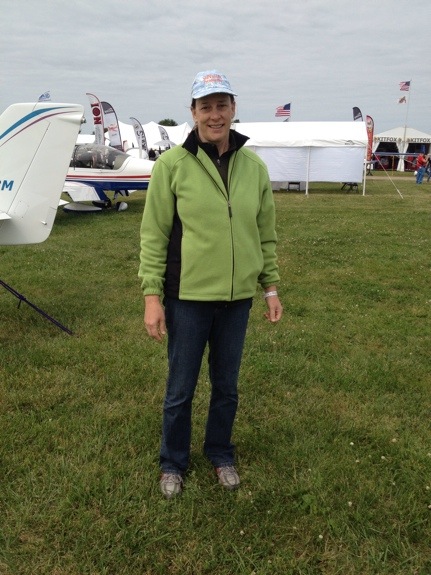 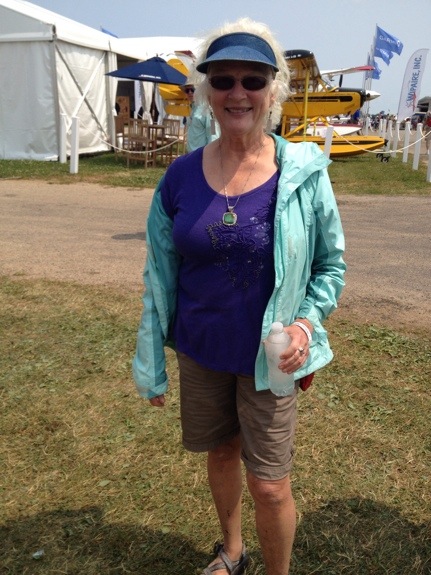 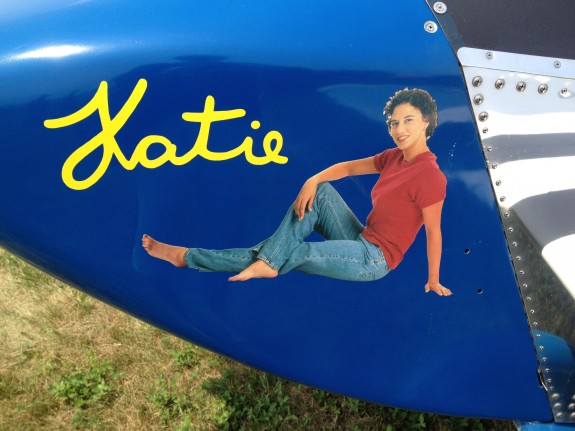 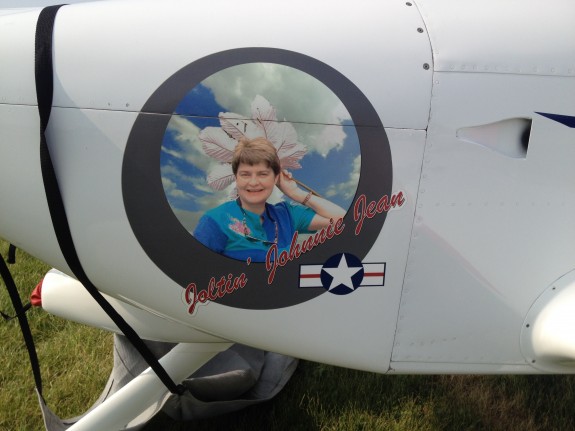 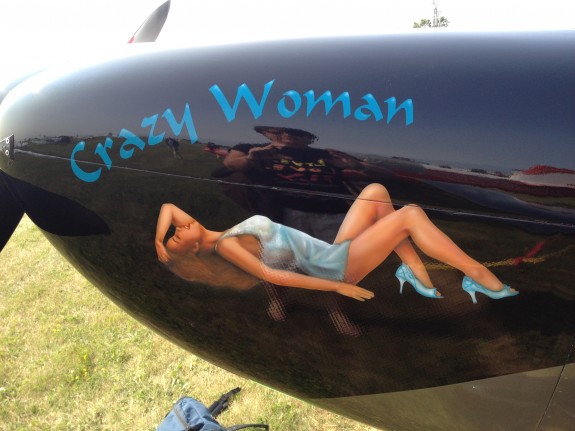 If you’re coming, don’t even think about wearing the baby blue high heels “Crazy Woman” is wearing. You’ll be walking MILES so pack your most comfy sandals or tennis shoes and get here soon! 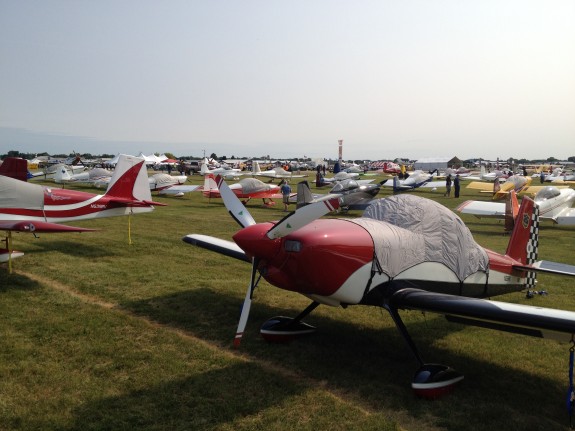 I had a huge treat today when I got a call from Dan Wilkins, a guy who’s a big fan of LadiesLoveTaildraggers. Dan owns a Champ and is a high time taildragger pilot himself and a guy that just so happens to be living his dream. Dan bought a Waco UPF-7 project 15 months ago and hired Rare Aircraft to restore it. The unveiling was at OSH today, and was the first time Dan got to see the finished project. It’s astoundingly gorgeous bright orange & black with the slickest cover and paint I’ve seen on any aircraft. 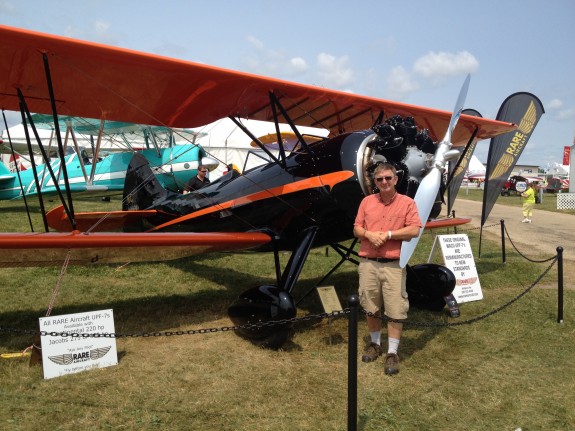 If you’re here, Rare Aircraft’s booth is just across from Building D and you won’t be able to resist getting a up close look. Of course, I’m guessing you’re not going to get over the fence and get to slide into the pilot’s seat like me. 😉 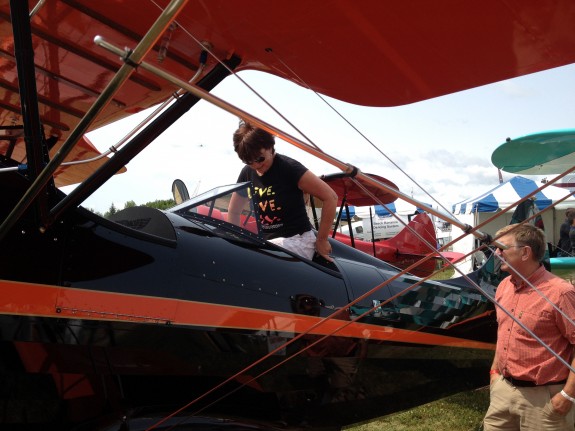 I looked SO good in this thing! Built in December 1941 this UPF-7 now has a Continental W670 220 hp engine hanging on the front and will soon be residing at Dan’s home in Pennsylvania. Thank you Dan for the up close and personal look! 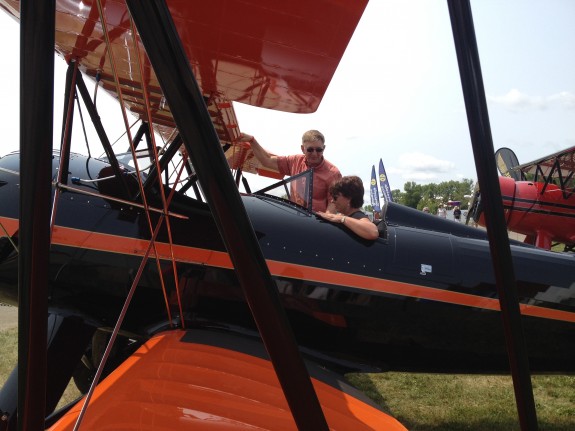 I also got a huge kick out of climbing into the seat of Ted Waltman’s Exp. Super Cub I came across parked in Homebuilt camping. Sitting high above the crowd of RVs and small homebuilts, it was screaming to be noticed. I could not resist! 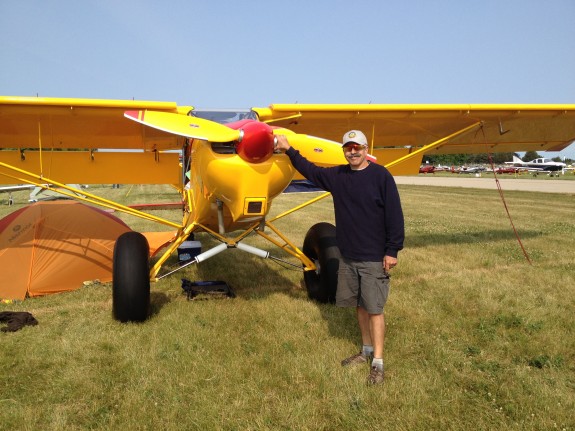 Ted owns eAeroFab, a company that specializes in manufacturing custom Super Cub accessories like cargo pods, control stick assemblies and related one-off, custom parts. This is one beauty of a bird that I could have a blast in, especially marshmallowing in on a pair of these huge Alaskan bush wheels.Â 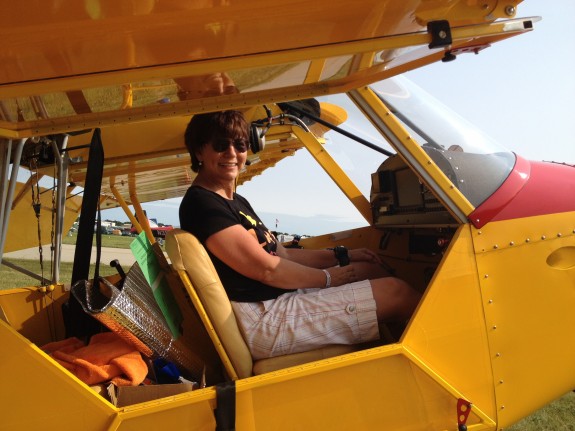 I have to say, my first official day at OSH this year couldn’t get much better. I couldn’t be happier to be here and am getting the sense that everybody else feels like I do. Hope to see you here this week!