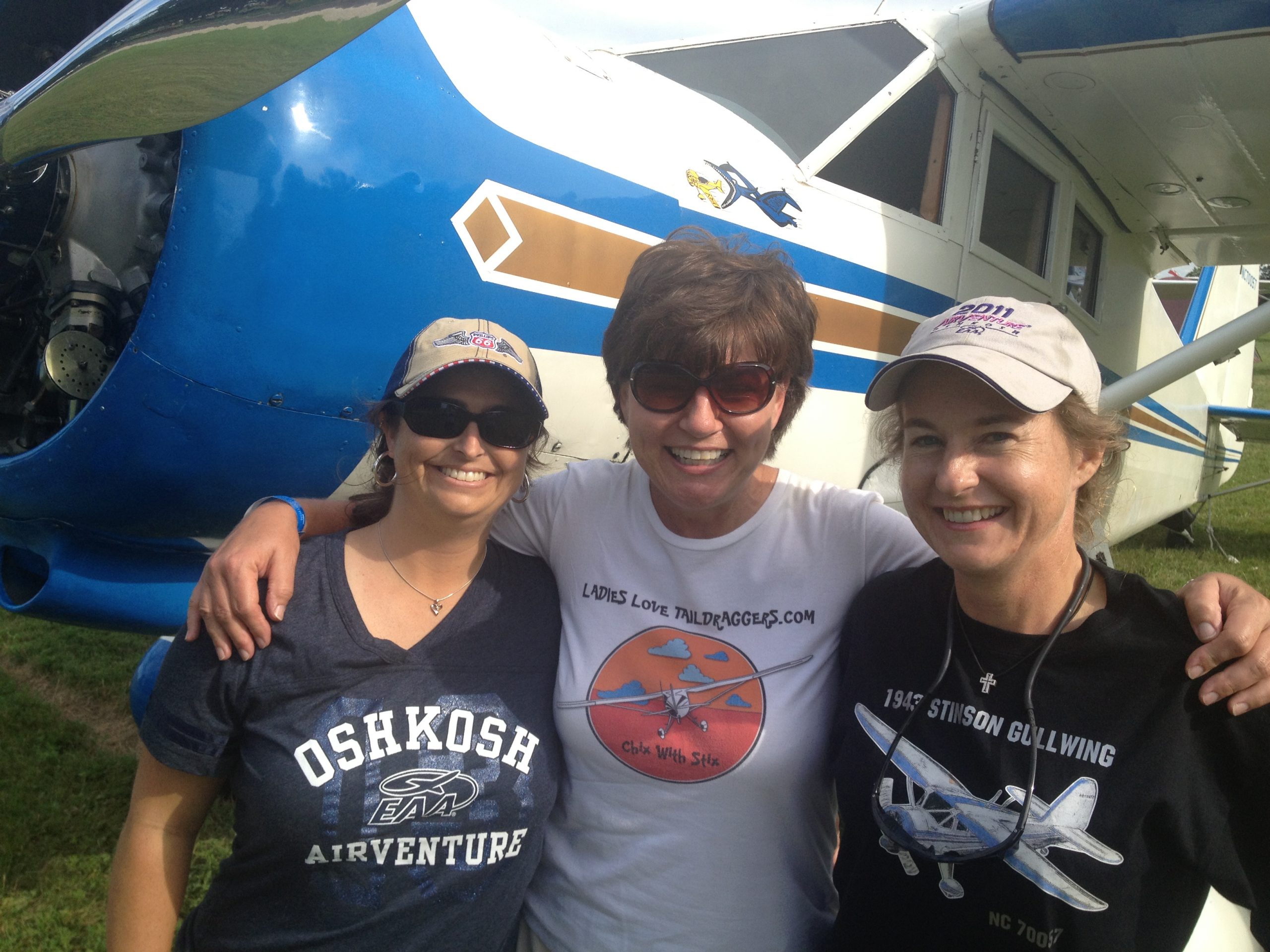 It may have been the fur prop cover that got my attention initially, but a moment later I noticed these really wide, fixed position wheel penetration skis. The extra wide design provides good flotation on the snow and the wheel off-set to the outside of the ski minimizes snow built up. The tire is 1/2″ below the bottom surface of the ski to minimize the snow drag and allow for some braking/steering ability in snow and pavement. TrickAir Snow Skis.

Wasn’t long till I bumped into Cindy Rena from 3F9, Texas. She’s a 172 pilot with “taildragging” on her bucket list. Say hello to Cindy in our LadiesLoveTaildraggers Facebook group. 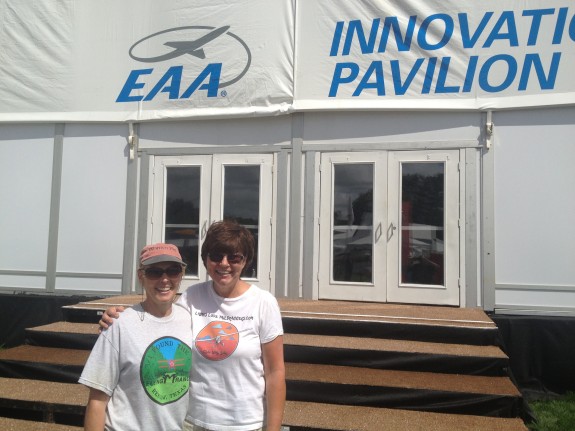 Talk about a strange looking airplane, I did a double take when I saw this Stinson 108-2. What the heck?! 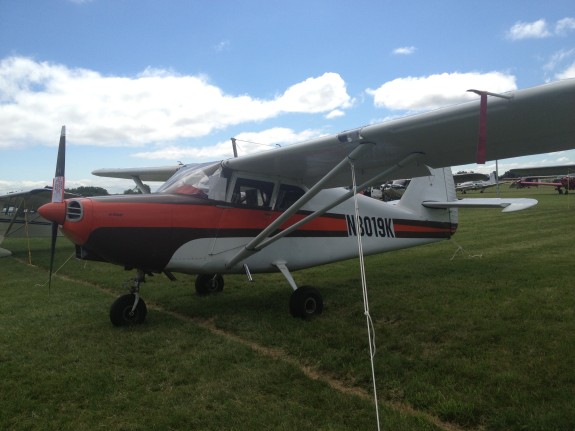 The hand written note taped inside the airplane says it was an STC modification using Cessna main gear legs and nose gear from a Piper twin. One of 3 similarly modified. I’m sorry but this is just wrong.

Of course, we’ve all seen a Tri-Champ, but again, a factory blunder most often modified by a well informed owner. 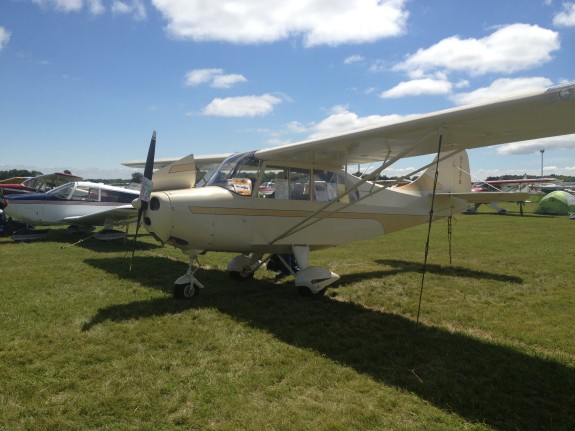 In honor of our 2013 Lady Taildragger’s flyin tshirts, I have to show this picture of a great looking, plump but oh so cool Funk. 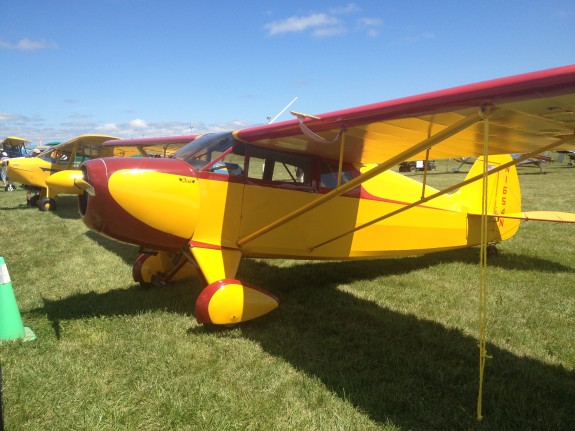 I also ran into Lorraine Morris in the Vintage area today. This Aerona C-3 has been posted on this website before; Lorraine Morris signed the young pilot off in this aircraft which has been in his family for generations. 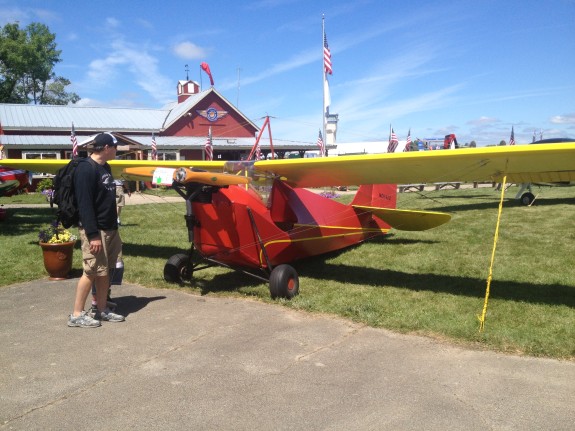 I had a short visit to the EAA Museum today and was blown away by this tiny little homebuilt. It’s a Stits “Baby Bird”, only flown 36 flights but long enough to set a world record for “World’ Smallest Aircraft in a Monoplane configuration”. 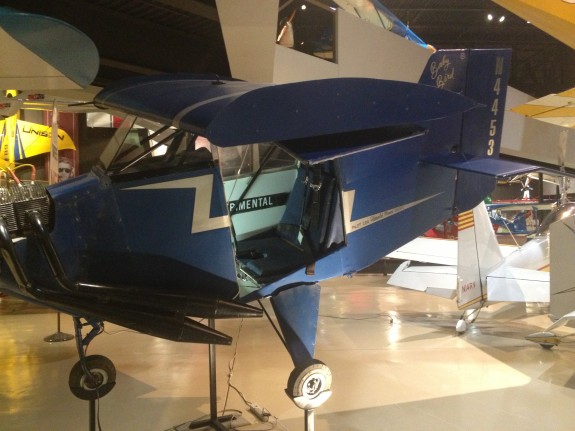 One of many Christen Eagles hanging in multiple locations at the Museum! 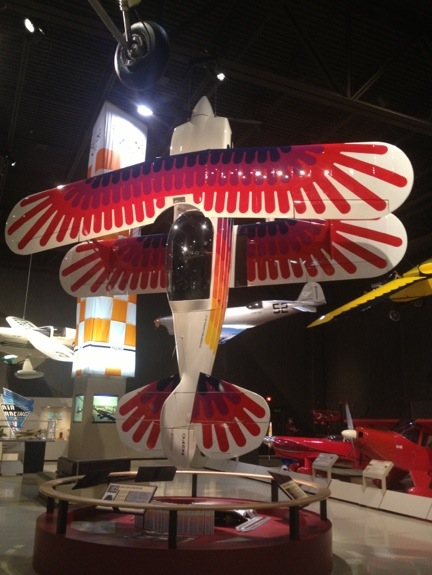 I found 4 Lady Taildragger pilots late this afternoon in Vintage, me included. This is the recently restored Cessna 140 by Lorraine & Ken Norris. 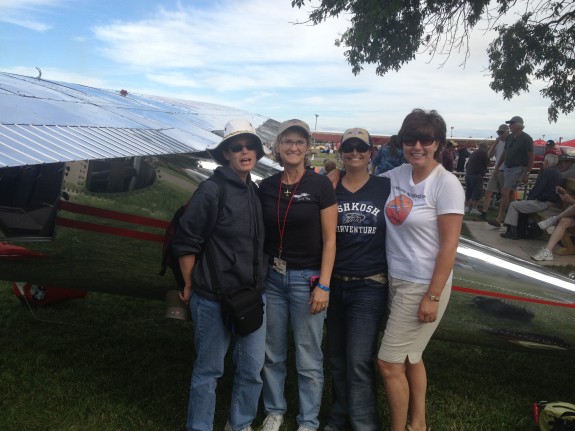 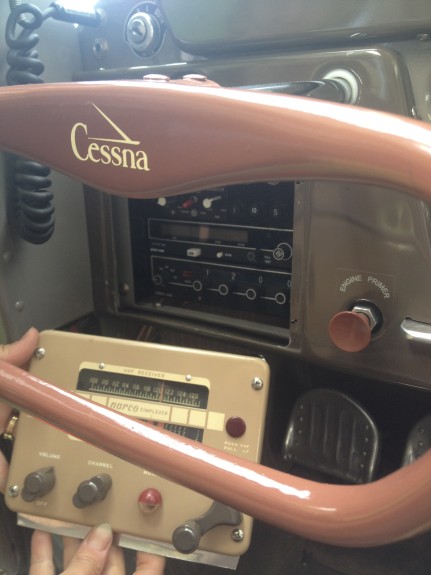 It was fun finding Heather Jay from Chino, California and Amy Hoffpauir from Texas and hang with them a while today. Heather flies a Citabria and Heather owns this fine Gullwing Stinson. 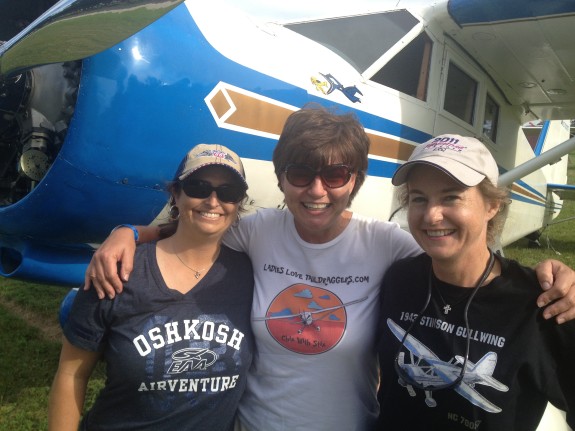 The elegance of the Gullwing is unmistakable from the rear. Beautiful bird Amy! 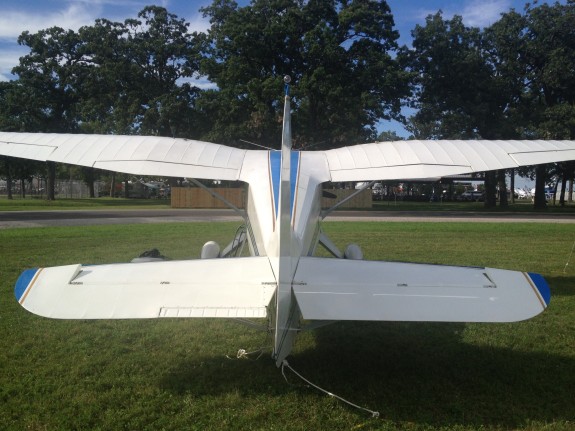 Heather & I Â wanted to fire ‘er up but restraint was called for. 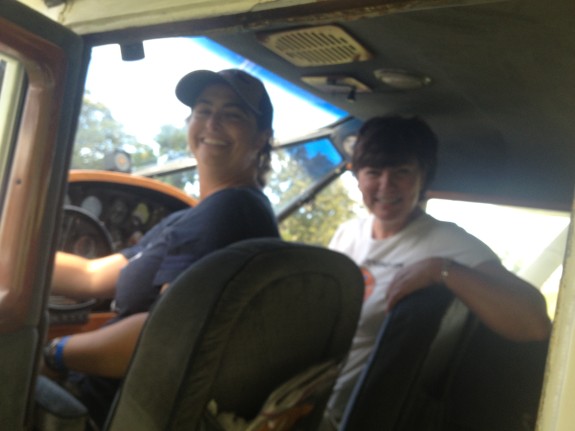 A really good opening day at AirVenture. Hope you can get here soon!