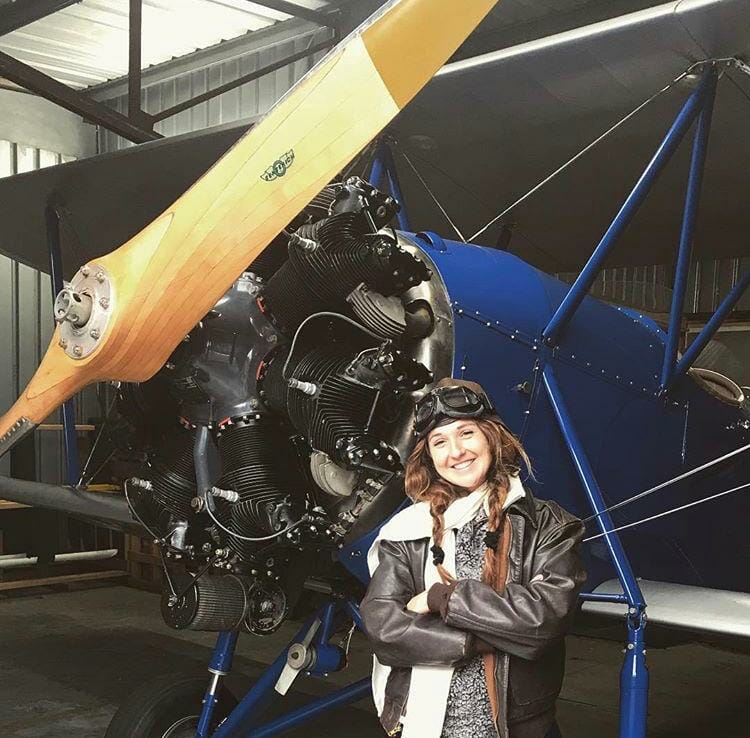 Morgan is based at McGhee Tyson Airport in Knoxville, TN. She has been flying since she was in diapers, soloed at sixteen, private pilot’s license at seventeen, all with her father as her instructor flying from a 1700 foot grass strip her dad made on their farm. She went to college at Middle Tennessee State University for Criminal Justice (to become a lawyer for sexual assault victims) and Aerospace.

It was not until after college she realized that she was going to be a professional pilot. It was her pride and joy. She landed an awesome gig flying for Go Fly TV and her job was basically to get her Instrument Rating while being filmed for a documentary. It was one of the best experiences she had ever had.

Currently she is a corporate pilot out of TYS with the same burning passion she has always kept for flying. She is a big trail runner, backpacker, animal lover, vegetarian, festival goer, wine enthusiast, and traveler. She loves the outdoors and meeting new people. She has little fear other than not living her life to the best of her ability. She says that she has been lucky that she truly has never cared what the world was trying to make her to be and just be who she is: a damn female pilot with no knowledge of the word “can’t”!

Dream taildragger: P-51 Mustang with a man posed on the side in skimpy clothing!

Why I love taildraggers: Because it’s real flying fun, you can’t stop flying this plane, you cannot stop working at it. Well that is my Maule at least… I flew a Super Cub and it was easy and just “plane” fun. I love how they can take off and land in such short distances and, let’s be honest, they are all beautiful. Plus it doesn’t matter how short you are because absolutley no one can actually see over the cockpit of a taildragger. Keep in mind these are my opinions in the taildraggers I have been in. I’m sure there is plenty that is different out there from what I have said!! I just love the pure look of shock on people’s faces when they are saying, “WHY would you work so hard to fly?” I just always say, “Why not!”