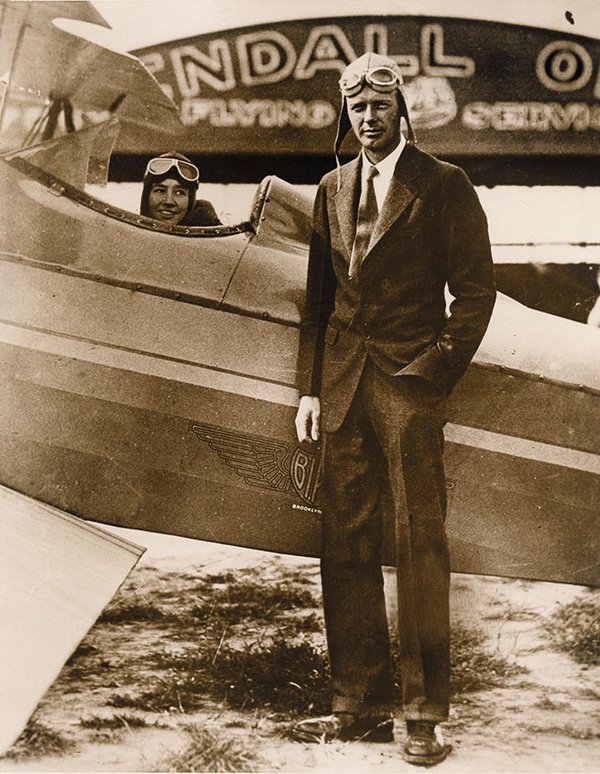 When you go to a fly-in, I hope you take the time to get to know some of the people you are surrounded by. I admit I don’t always slow down enough at fly-ins to truly get to know most of the people I strike up conversations with. I walk fast, I’m on a mission, I’m admiring airplanes, I’m headed to meet someone, I’ve got stuff to do! I realize being in a hurry is a choice I make and has robbed me of some wonderful opportunities – friendships I might have made, stories I might have heard.

A recent weekend changed my mindset and hopefully, me forever; the AAA Blakesburg, Iowa fly-in . The weather was rainy and awful. No one could fly and we all had a lot of time on our hands. Time to spend milling around and striking up conversations with whoever happened to be near. I wasn’t happy about the rain but for me, it turned out to be a great thing. In the hours I wondered around, I met some very special people. Some male. Some female. All taildragger people. You may recognize 3 of the ladies’ names; Anne Fichere, Â Ann Holtgren Pellegreno,Â Betty Bach-Feinberg.

I’d like to tell you about Anne Fichere in this post. Anne is the owner and caretaker of a 1930 Brunner Winkle Bird whose first owner was Anne Morrow Lindbergh. The aircraft was purchased for Anne Morrow Lindbergh by husband, Charles Lindbergh, and was registered in Anneâ€™s name. The Bird was her trainer, the first aircraft she soloed, and the one that allowed her to achieve her childhood dream, to fly. 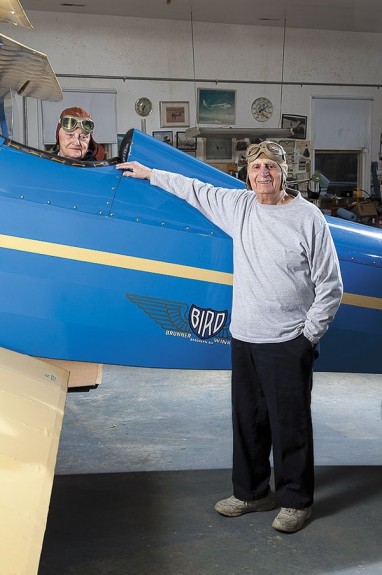 Anne Fichere sitting in her Bird with husband Joe along side. Eric Long photo. 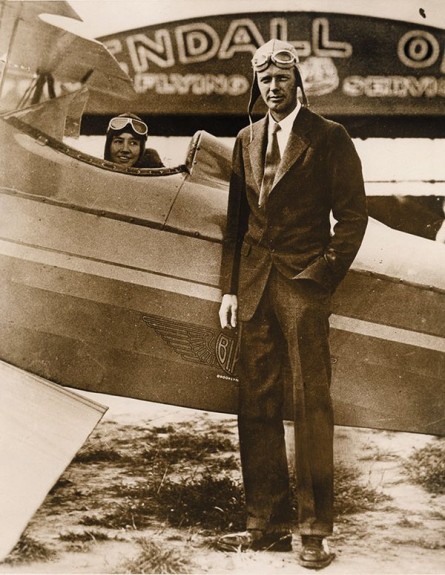 Charles Lindbergh relaxes by the Bird in which his wife (in cockpit) learned to fly. (Lindbergh Picture Collection Manuscripts & Archives, Yale University)

The Bird was completely restored to Lindberghâ€™s original condition by Anne Fichereâ€™s husband, Joe, who spent 12 years working on his “best-loved” project. Sadly, after the meticulous restoration was complete, it was seriously damaged while being ferried to Blakesburg for the 2013 annual AAA Fly-in. Never fear though, itâ€™s been in good hands since at Poplar Grove Airport, C77, undergoing repairs. Anne told me itâ€™s now complete and was test flown recently by Tina Thomas, co-owner of the airport. 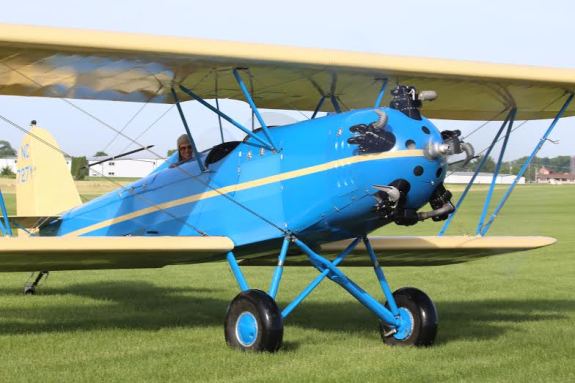 Tina Thomas was kind enough to send these two pictures from the recent test flight saying, “I was able to be the first to fly after the winter repairs!” Now think about this. Tina is not only a woman, as was the first owner and the current owner of this Bird, but also a former Brunner Winkle Bird owner herself. Remarkable!! 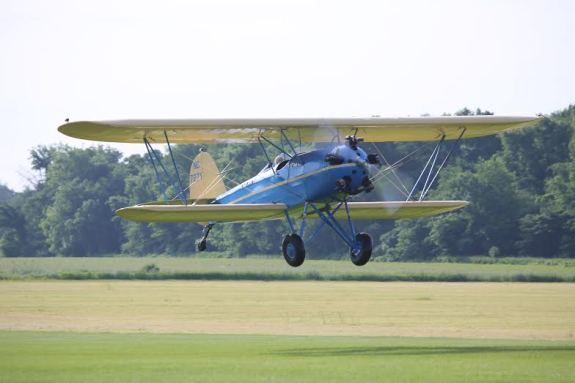 And here is another remarkable re-enactment picture of this extraordinary airplane from Tina. She saysÂ “I just got this from H.G. Frautschy. We did a photo shoot before Brodhead last weekend.. tried to re-enact same photo.” Â Excellent! 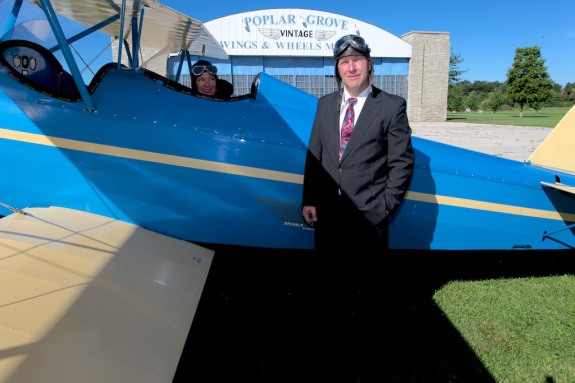 Tina also forwarded the following comments from the AAA web site including the record of ownership. Very interesting! 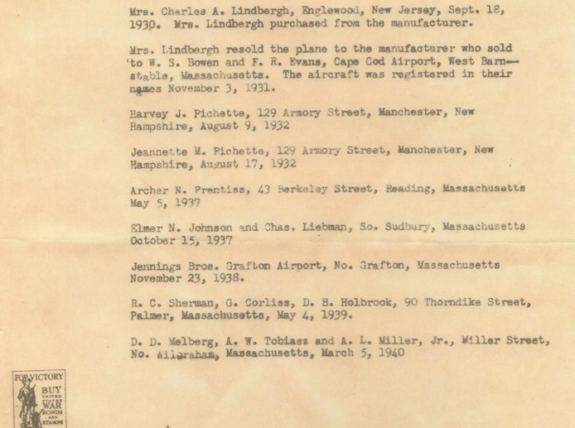 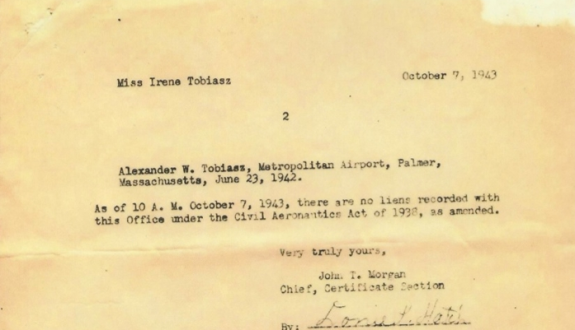