Once again, at my home base, MQJ, an electric bi-fold hangar door came crashing down. For the 3 individuals standing close by, both inside and outside the hangar, it was their lucky day. Had they been walking under the door or pushing their aircraft in or out, it would have been disastrous. I say “again” because hangar doors have fallen at MQJ three times before that I’m specifically aware of, at friends’ hangars.

The majority of our t-hangar doors are 41′-6″ wide, bi-fold, and have a door clearance of 11′-4″. That’s a long way for a heavy, steel framed door to fall. When it happens, it’s instantaneous. From bystander accounts, there’s no warning, no associated noise. In the blink of an eye, the door just comes crashing down.

The doors operate with a motor that drives a gearbox via a v-belt. The v-belt turns a drum that the cables roll up or spool off of. There are 4 steel cables on each door.

You might think having 4 cables operating independently and in unison on each door would make it impossible for a door to fall. Not true. If one or more cables break, apparently the remaining cables aren’t able to support the weight of the door and it’s all over – down it comes.

Tonight Boyd and I decided to take a closer look at the cables in both our hangars, plus a couple friend’s hangars. 3 of the 4 showed signs of compromise with multiple broken strands. These pictures are from both Boyd’s hangar and my hangar.

Similar to the broken rudder cable I experienced a few years ago in my Rans S7, two hangar cables had broken strands at a high flex point – where they roll over the pulley. Our inspection tonight wasn’t by “professionals”, just two people more and more concerned about the possibility it will happen again. Professional inspectors or not, it doesn’t change the fact that broken cables are broken cables.Â The t-hangars at MQJ, along with several satellite airports, are owned, operated and maintained by the Indianapolis Airport Authority. Tomorrow they’ll be hearing from me. 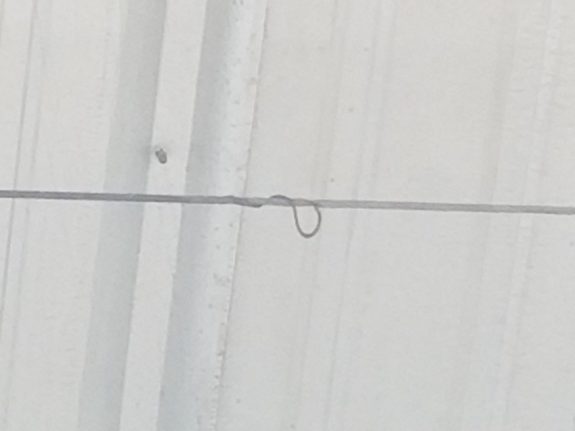 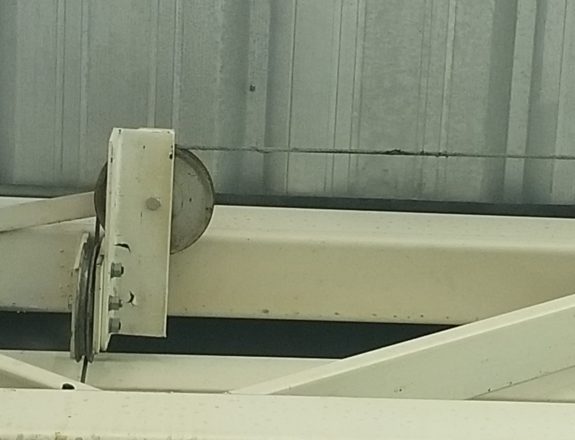 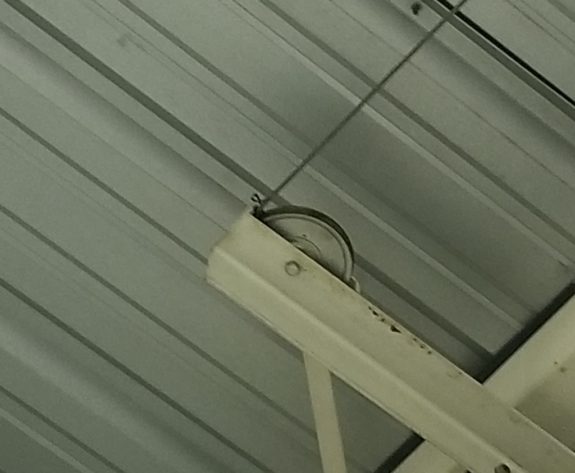