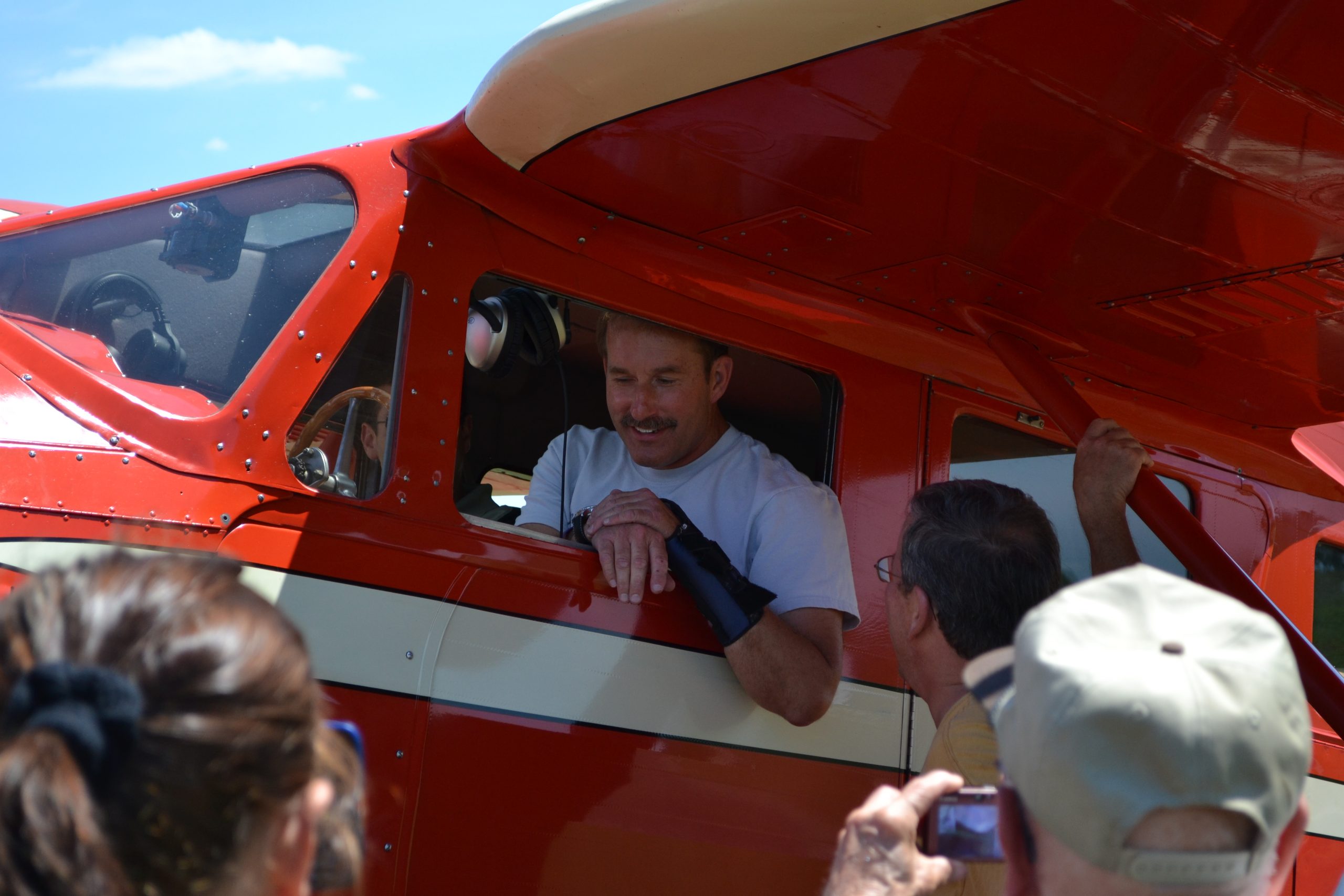 We’re pilots. If you’re reading this article and not a pilot, I can pretty much guarantee you have dreams of becoming one. If you don’t fit into the “I’m a Pilot” group or the “Wanna Be Pilot” group, I commend you for finding the most interesting topic on the planet to follow – Aviation. In all its many forms it’s glorious and worth your time to dig in deeper. For those of us who have been flying a while, we each have our stories to tell. Most are worth a listen, some better than others, but regardless, the most interesting fit into categories I’ve narrowed down to:

#2 Professional Pilot Stories (Are you kidding me? How did that even happen?)

#3 Homebuilding & Aircraft Maintenance Stories (I built, I restored, it flies!)

OK, so that said, have I got a story for you! It’s a real-life aviation “encounter”.  If you’re asking what the heck is an aviation encounter, all I can say is I think it falls under #4 or #5 from my above mentioned categories. You decide.

Definition:  “Encounter” (verb), unexpectedly experience or be faced with (something difficult or hostile). “we have encountered one small problem”.

My story involves adjectives like “annoying”, “irritating”, “inconvenient”, and nouns like “celebrity” and “big shot”. To understand my story you must remember a little general aviation history.
On October 22, 2012 the Experimental Aircraft Association (EAA) made the surprise announcement that their president and CEO, Rod Hightower, had resigned effective immediately and that Cessna CEO Jack Pelton was elected the new chairman. It was a big deal at the time leaving many with lots of questions. I wasn’t privy to the shrouded story, nor did I even know who Rod Hightower was till shortly before it happened, so others will have to answer those questions.

What I can tell you is about an encounter I had at a Sporty’s Fly-in, Clermont County Airport, Batavia, Ohio just a few months before the announcement. As Sporty’s does so well, they had organized a fly-in where pilots could grab a free hot-dog lunch, see some cool airplanes, and learn from the pros about the newest technology of the time. That day it was ForeFlight. 8 years ago ForeFlight was still struggling to assure their place in every cockpit. I “bit-the-bullet” and flew my Champ into their more-complicated than-I-like, Class B airspace to learn ForeFlight from the pros. A Big Deal For Me!

I landed, rolled out, then taxied looking for an out of the way tie-down spot. I had flown to this Cincinnati area airport in my 90 hp Champ from Indianapolis in about an hour, but had to be back to Indy for a late afternoon event. I was determined to get to Sporty’s, take in the full ForeFlight seminar and still get back home in time for a fun family gathering. 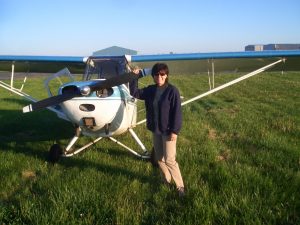 Arriving, the waving ramp crew directed me away from outlying tie downs, repeatedly directing me to what I’ll call “show center”. I kept waving them off, trying to get to a spot I could make an easy, quick departure, but they kept directing me to the ramp center. OK, so be it. I followed along, spun around then quickly shut down. Jumping out I explained I needed to be able to make a quick exit when the time was right. “No problem” they said, we’ll get you right out and promised not to let me get blocked in. Alrightly, I’m off to the seminar, perfectly happy I’ll be good to go whenever the time’s right. 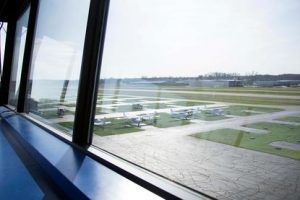 From the large 2nd floor conference room, I remembering having a great view of the ramp, the runway and the excitement of all the arriving aircraft at Sporty’s. What a great place to perch and watch the last arriving aircraft land and taxi in. The ForeFlight seminar began and I was surrounded by other pilots from my airport who had flown over in our group.

Am I the only one who listens to knowledgeable speakers wishing I understood the subject at a fraction of what they do? I was listening, getting it on some level, when out of the corner of my eye I noticed a T6 taxi up to show center, swing around right in front of my Champ, shut down and climb out. What the heck? He parked in the very spot that blocked me in. He wasn’t stopped or re-directed somewhere else, and actually seemed to be welcomed by the ground-crew to park right in front of me. You can guess, from afar I’m cursing under my breath!

Not wanting him to escape into the crowd, fearful he might easily disappear, I jumped up, exited the seminar, ran through the building and across the ramp on a mission. Luckily I arrived in time to give him a piece of my mind. I noticed he was being warmly welcomed to Sporty’s as I approached, but I didn’t care. He had flown a T-6 in which I admit I was envious of, but come on, it wasn’t the B-2 Bomber. 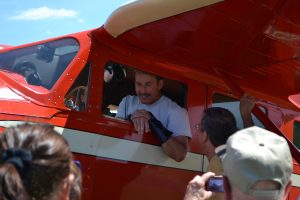 As I approached the T6, its pilot still nearby and receiving a ridiculous amount of attention, I focused on him and prepared to unload my frustration about his chosen parking place. As I began speaking to him from a distance, I could see a tall, smiling (or was it laughing) guy approaching who I slowly recognized as Jeff Skiles. Yes, that’s right, Sully’s copilot on the ill-fated flight on the Hudson River. I remembered that Jeff had flown his Waco into one of our first LadiesLoveTaildraggers’ fly-ins at Moraine, Ohio – – – it took my brain a moment to catch up but yes, awe, how nice to see you Jeff!  Suddenly, he was in the midst of my situation. He knew before I did that I was about to make a fool of myself and stepped in to deflect what he surely knew as coming. “Great to see you Judy, let me introduce you to the pilot of this T-6, Rod Hightower, the president of EAA”. All the while, grinning from ear to ear!

In a split second I finally understood. I calmed down. And I laughed out loud to Jeff, happy to encounter him for the 2nd time in my life! The truth is Rod Hightower was directed to park exactly where he parked. He had no idea the blue and white Champ he parked in front of was a problem.  He kindly moved his T6, with Jeff’s help, to another spot so I could get home on schedule.

That’s my story and I’d love to post your story too on the www.ladieslovetaildraggers.com website. As a member of LadiesLoveTaildraggers you have the ability to create posts directly on the website. Check out this link or email your story and pictures to ladytaildraggers@gmail.com for posting.