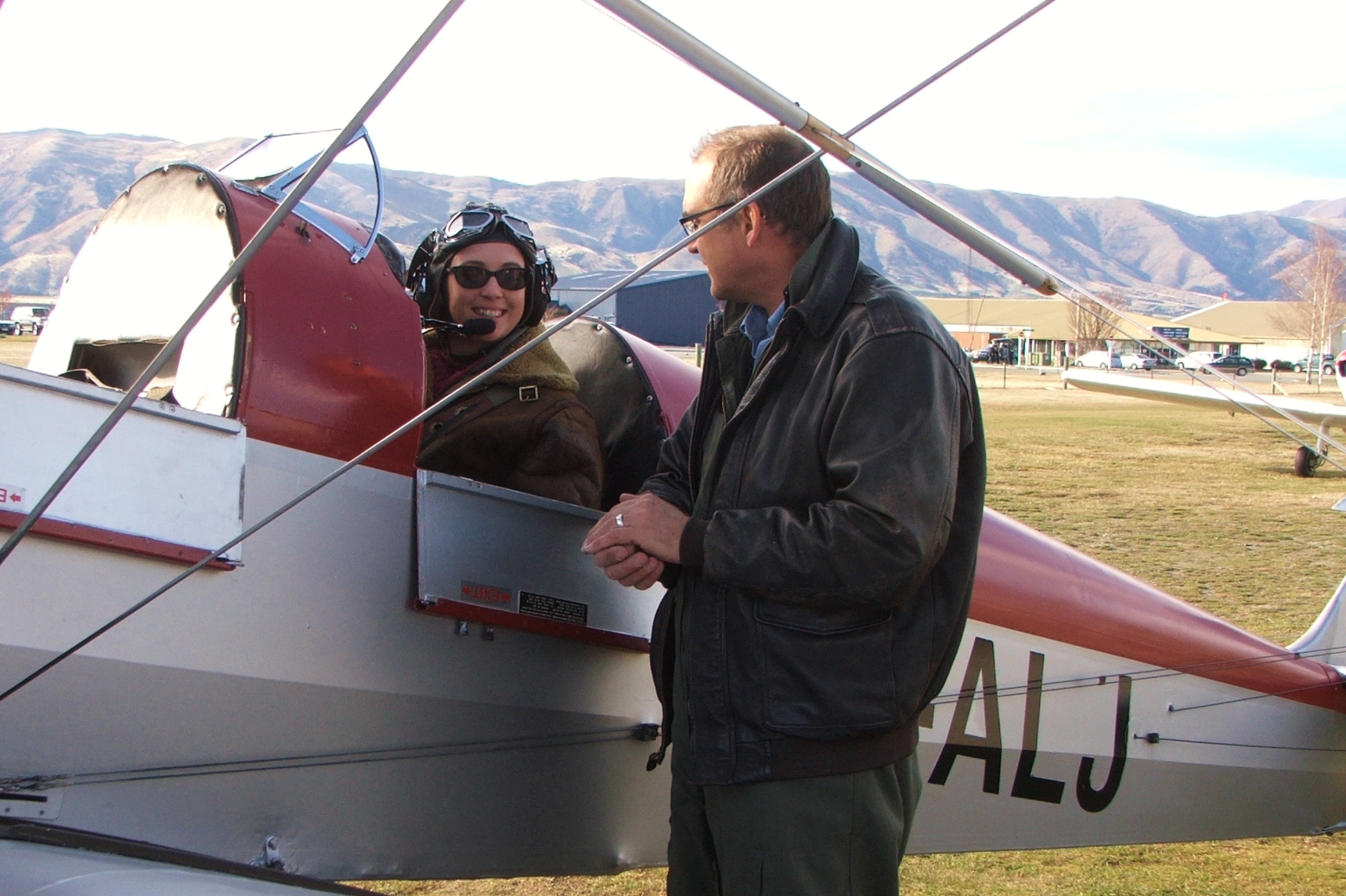 Big thanks to Olivia & Neroli Henwood of New Zealand for sharing their Down Under flying. You girls realize posting Tiger Moth flying pictures in NZ is going to get us all excited to come and visit you?!! Who’s in for a LadiesLoveTaildraggers trip to Olivia & Neroli’s?!

I wanted to share with you some photos from the New Zealand Association of Women in Aviation’s annual rally that mum and I recently attended. It was held at Wanaka in the South Island on the same weekend as the LLT fly-in! It was the first rally for us both and we had an absolute blast. 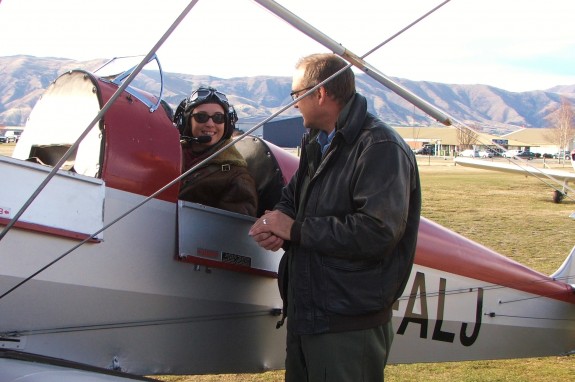 Getting some instructions on how to fly this thing!

There were about 80 female pilots and support crew at the event, and we had three days of just talking flying! There was a huge range of backgrounds from students and private pilots to airline pilots and even a balloon pilot. 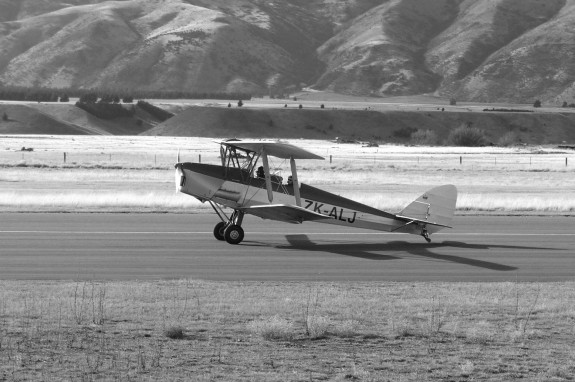 All of the women I spoke to had fascinating stories about how they started, where they’ve been and what they do now. Two of the founding members were also there and still passionate about aviation, it was a privilege to meet them. 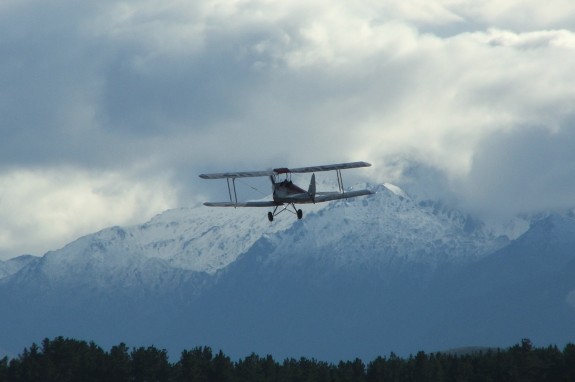 Wanaka is a stunning place surrounded by snow-capped mountains and beautiful clear lakes. A day was spent at the airport for competitions and general flying and flying talk. I was lucky enough to go for a fly in a Tiger Moth, where I even got to fly the take-off, over the lake and back for a couple of circuits. 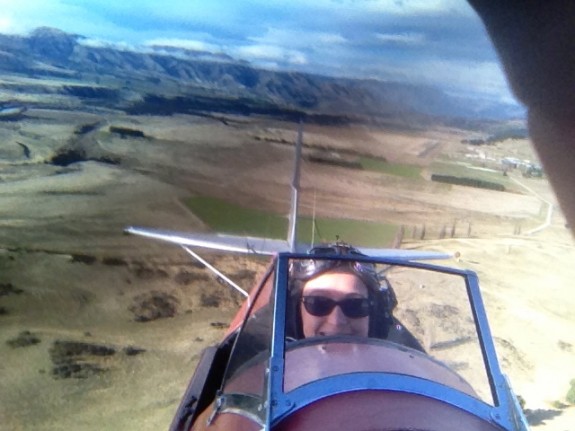 Me in the pilots seat!

It was such a buzz being in the open cockpit and and the scenery is spectacular. I just wanted to keep flying down the valley and through the mountains! We were extremely lucky as the weather forecast was terrible but didn’t arrive till the next day. 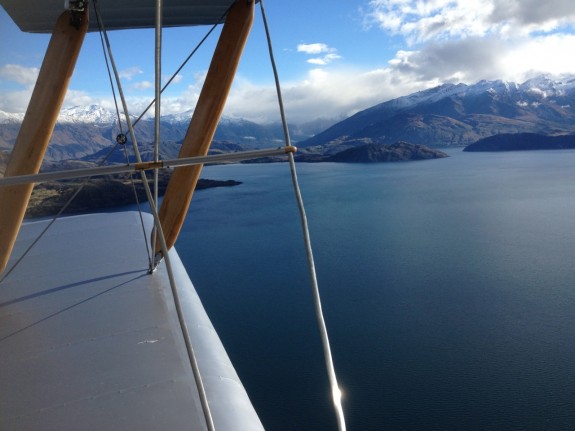 Looking out of Lake Wanaka

I highly recommend visiting the South Island and going to Wanaka Airport! 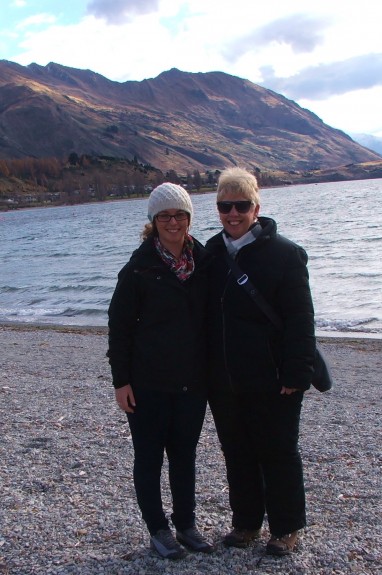 There’s a beautiful Wings and Wheels Museum with a cool cafe done out like an American Diner. Classic Flights have Tiger Moths, a Citabria and the recent arrival of a stunning Waco – the first in NZ. There are a range of aircraft in private hangars too, as well as one of the best places to skydive in NZ.