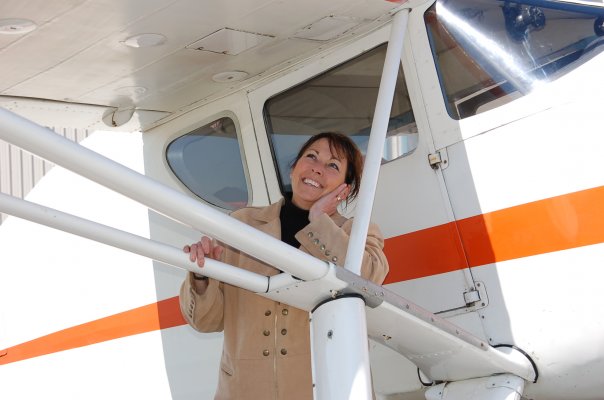 in Blog by Judy Birchler 0 Comments
0 Likes
News from Robin Hadfield in Utopia, Ontario! You remember Robin don’t you? The gorgeous white & orange Fairchild 24. I have no idea how I’ve missed this but Robin tells meÂ her brother-in-law is an astronaut! Aviation runs deep in this accomplished family. Â And BTW, I approve of her new purchase – if you’re gonnaÂ supplementÂ your taildragger with a nosedragger, an RV6A would be a ball to fly.Â 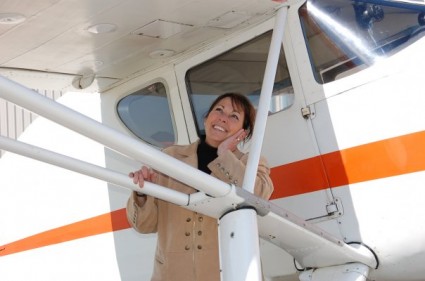 Looking dreamy-eyed with the Fairchild

We still have our Fairchild 24W46, but this summer I bought an RV6A for myself. I regret it’s the A model with a nosewheel…they’re such lightweight gear legs, I wish I had gone with a straight RV6.Â It’s been fun flying and actually getting somewhere quickly. 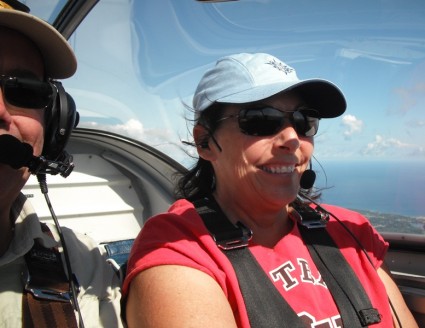 Of course if we are heading out to a flyin, we take the Fairchild!Â I spent this summer getting a grip on the twitchie RV6, organizing the Gathering of the Classics and then a few weeks later, the 99’s Gold Cup Air Rally. 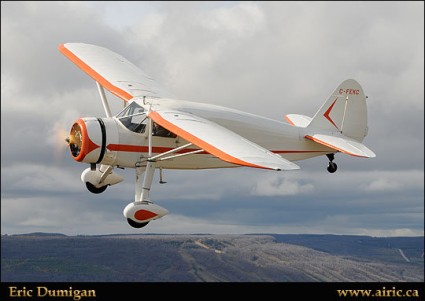 Photo by Eric Dumigan
We’re heading to Moscow in a few weeks. My brother in-law, Chris Hadfield, is going back up to the Space Station…this time as Commander of the ISS for six months. I’m looking forward to this launch, it’s the first time he’ll go up from Kazakstan. I’m not looking forward to -30C temps … cold!!! Good thing I still have all my Manitoba winter clothes in the closet, I’ll need them. 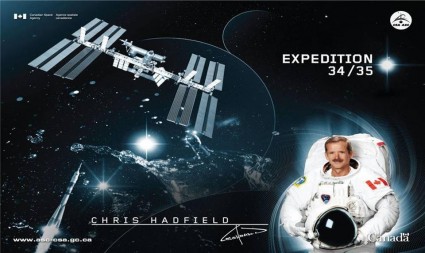 My husband’s dad was an Air Canada pilot and flew aerobatics competitively then in airshows in his Stampe. 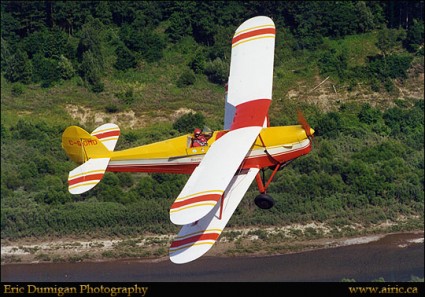 He taught all three of his boys to fly, plus another three of their friends…four are captains with Air Canada, one is with American Airlines. My brother-in-law, Chris, never wanted to go the airline route. His dream since he was young and watched the moon landing, was to become an astronaut which took him into military as an F18 test pilot.Â I’ll definetly take some photos while in Moscow and Baiknour for the launch. 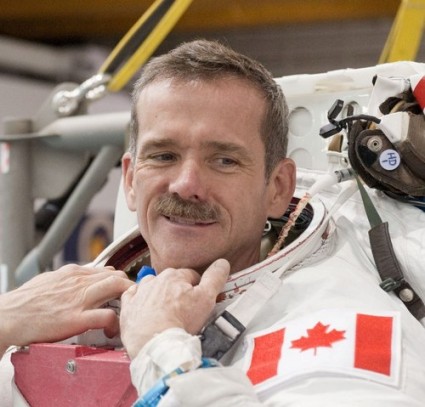 Our son, Austin, just started with Air Canada and is on his first ground school course now. The only one who didn’t want to fly was our daughter Kelly…she is finishing her Masters in DNA research in malaria, then planning on med school. She’s been in Nairobi for the past two months and called home the other day announcing the Hadfield gene is kicking in, and she now wants to get her pilots license next summer after she’s finished writing her papers. Took her long enough! She actually has pretty good hands and feet.

This past spring I rebuilt the web site for the 99’s in Toronto…there’s some interesting photos from all the events we’ve had.Â www.firstcanadian99s.comÂ . 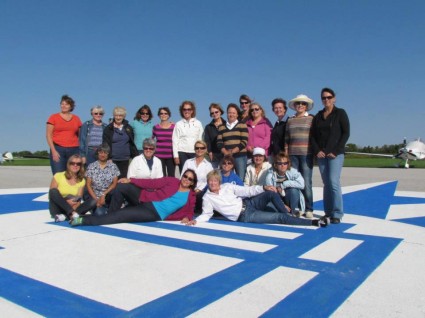 Great weekend with a great group of ladies at the 99’s Gold Cup Air Rally!

We do have a few members with taildraggers!