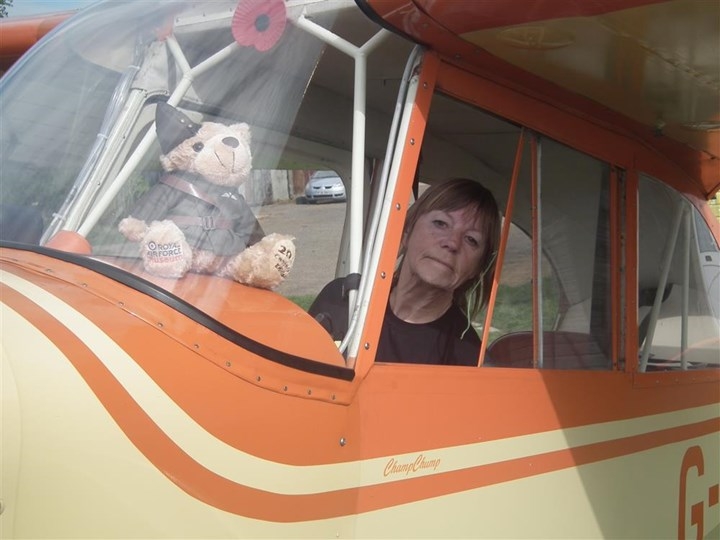 Fundraisers are common but rarely do they involve aviation — and never as spectacularly as this one. Well done, lady taildragger pilot Nic Orchard!
Nic is currently at 75% of her fundraising goal. 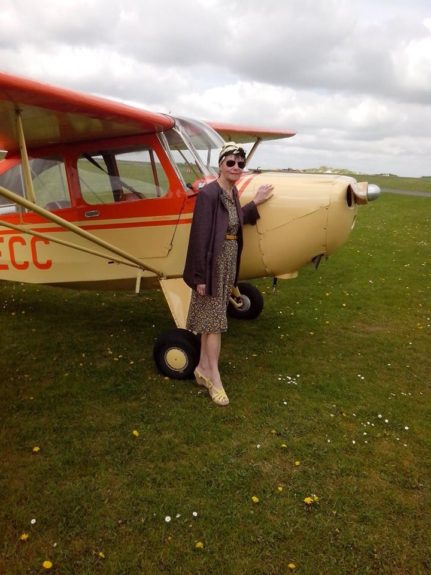 My challenge involves WWI sites involved in the defence of the country ….. and a long day of flying my Aeronca 7AC Champ.Â Take off was May 24, 2017 at 06:10, once the fog cleared sufficiently, and final landing 19:45….and daylight to spare 🙂

Nic’s Dawn To Dusk Challenge, as posted on Just Giving, Fundraiser for The Royal British LegionÂ

The first bomb fell on UK soil on 24th DecemberÂ 1914 in Taswell Street, Dover. Â By 1917, the raids were made not just from floatplanes andÂ Zeppelins, but Gothas and Giants, bombs falling on residential areas as much asÂ military targets.Â  The first Battle ofÂ Britain formed a small part of the â€˜war to end all warsâ€™ but since that phraseÂ was soon very wrong, Iâ€™m planning a special flight to commemorate the work ofÂ the Home Defences of WWI and to try to raise money for the work that supportsÂ all who have served since.

Iâ€™m entering Pooleyâ€™s Dawn to Dusk Challenge, a competitionÂ that requires a minimum of eight hours flown in a single day, linked to aÂ theme.Â  Itâ€™s a bit of a challenge in aÂ slow, vintage aeroplane flown by a slow, vintage pilot, but Iâ€™ll have the furry Capt F HÂ Farnham on board as Observer and to provide moral fibre (like kapok, onlyÂ nobler). Â I’m happy to explain more about the route and its significance – but not here because there’s far too much to say.

If you’ve read this far, there’s little more I can say except thank you. Â Everyone wants your money and I’ve no reason to think my exploits warrant your attention any more than someone else’s. Â All I can say is that this isn’t going to be an easy day and if I have to abandon one day, I’ll try again on another. Â Not long ago, I thought ‘I could never do that’. I’d built myself a wall and it’s been interesting taking the bricks out, one by one. Â It’s more of a ha-ha now. Â Anyway, if you look on it as ‘buying’ an early poppy, you don’t have to consider my part at all.

Donating through JustGiving is simple, fast and totally secure. Your details are safe with JustGiving – they’ll never sell them on or send unwanted emails. Once you donate, they’ll send your money directly to the charity. So it’s the most efficient way to donate – saving time and cutting costs for the charity. 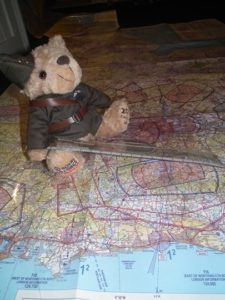 I started planning in January, working on a WWI idea of flying around the east coast, where most of our defences were, logically. Â The list of sites just grew and grew. Landing grounds, wireless stations, AA batteries and sound mirrors within a mile of the coast. By late April I had the route and long list, (100).

With some high pressure this last week, there was a chance to snatch the light winds and the rare opportunity to expect good visibility from south to north. Lots of pre-planning paid off and it’s true: by the time one gets to fly it, things are relatively straightforward. I missed a couple of sites – and one of them was an easy good one, preserved 🙁 Â partly due to task saturation in a small area where there was a clump of things very close to each other. Â I could have got them on the return, easily, but that felt like cheating, so I didn’t. 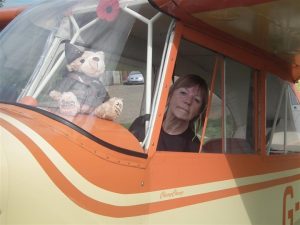 The photos you’ve seen were the result of a facebook/flying friend, who is part of the Great War Display Team, hooking me up to his team-mate in Norfolk for a bit of formation on the return, as he wasn’t available Wednesday. Thursday was better, all round, not least because it was the centenary of the start of the first Battle of Britain, when we were first visited by Gothas and Giants. 61 died in Folkestone on that first night.

The flights show up on Flight Radar 24 – five of them on 24th May.
https://www.flightradar24.com/data/aircraft/g-tecc#d7e00fa 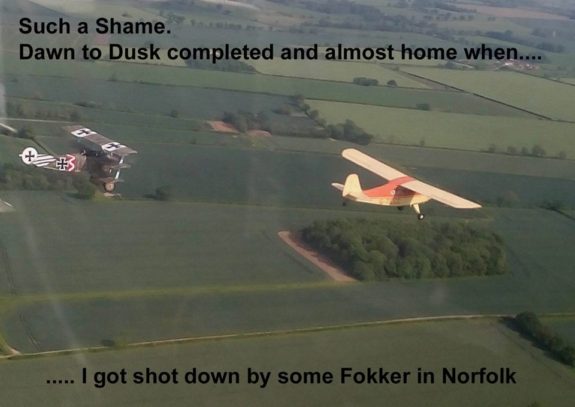 My fund-raising page is here, currently at 75% of the goal – shamelessly adding it on, just in case!!
JustGiving Fundraising Page
In total, there were 9 hrs 50 mins flight time (and 5 hrs home – who knew how much ‘direct’ could subtract?!).
Richard, my OH, met me at the fuel stops so I had company and it helped speed up the process and of course someone to bore silly when we got to collapse at Eshott Hall. Â That was something else too – a proper Country House that was trying to be that, rather than an hotel. Â ‘No trainers or round-necked tee shirts in the Dining Room’. Â All VERY locally sourced food, although we were too late to have to worry about the dress code. Â They made us some sandwiches – served on lumps of slate – evidently the faded gentry can’t afford plates Â 😉 but the bar was still open. Â 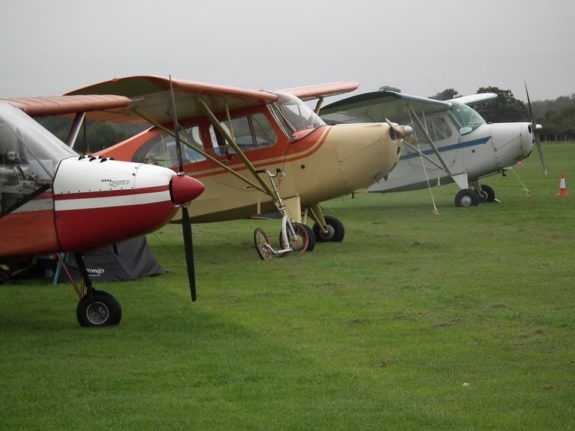