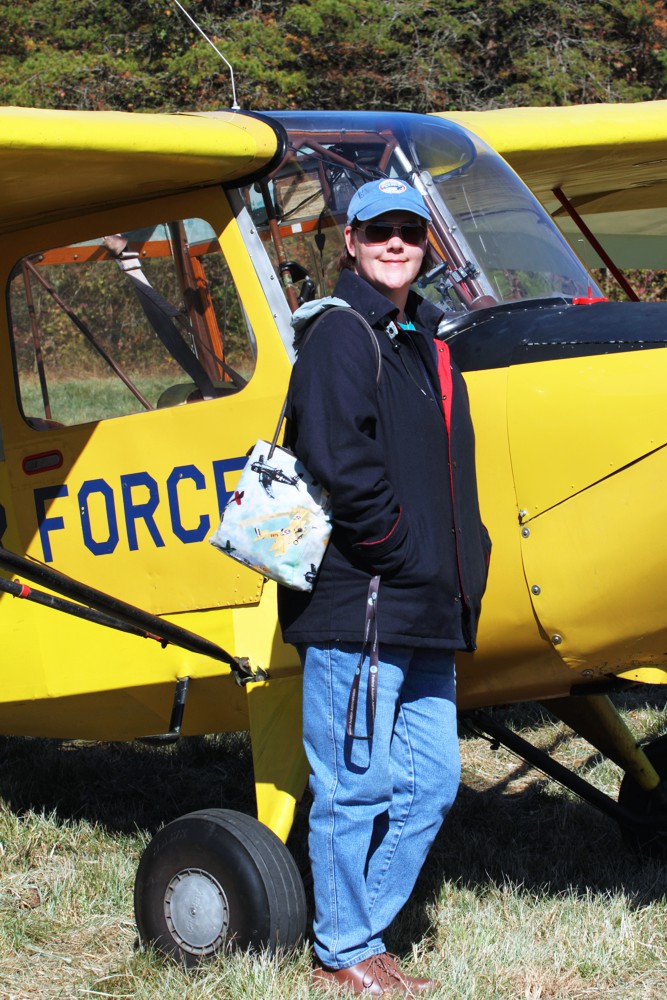 I’m in my thirties. Over the past few years, since I began flying, some of my best pals haveÂ become folks in their sixties. Other than my parents, I’d never really talked to people in thatÂ age group. I’m so lucky that my venture into aviation has delivered me these gifts of friendship. Otherwise, I’d have missed out on all sorts of crazy things! I’ve laughed more since these peopleÂ accepted me into their flying circles than I have in my entire life. 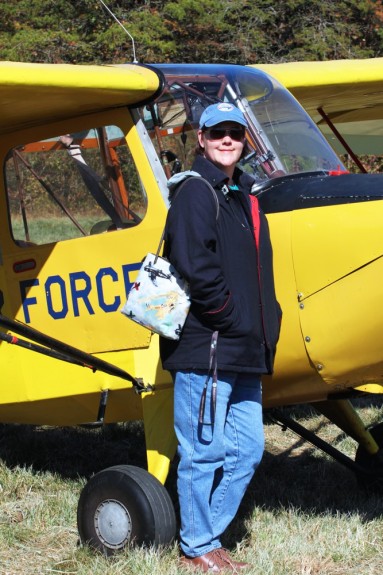 Here are two examples: Shortly after I met David we went flying together for the first time.Â Now, I didn’t know David at all. I’d met him at the store where I work and somehow he’d let itÂ slip that he had an airplane. I’d always been fascinated by airplanes, so I was at full attention. IÂ don’t recall how, but I managed to wangle from him the promise of a ride. He said we’d go onceÂ the weather cooled down. I never expected to hear from him again. 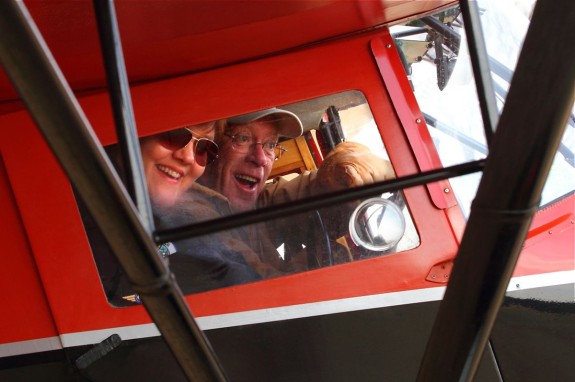 A couple of months later he called and asked if I remembered him. â€œI’m the guy with theÂ airplane,â€ he said. Of course I remembered him! We made plans to meet at his little airport a fewÂ days later. I’d never heard of this airport, though it was in the same county where I live. I’d soonÂ find out there were some other things I didn’t know about in my county.Â After a few phone calls back and forth with him, I finally found the driveway to the airport. TheÂ airfield was not visible from the road. There were rows of really old hangars containing reallyÂ old airplanes. I wondered for a minute if this was going to be safe. David seemed nice enough,Â near sixty, and his plane was gorgeous. He explained that it was a 1941 Taylorcraft. 1941? IÂ wondered again if it was safe. He walked me through the preflight inspection, explaining in greatÂ detail everything he was doing. I was intensely interested. I still remember every word he said.Â That day turned my life upside down.Â We crawled into the tiny cockpit and took off. My jaw was on the floor before we were aÂ hundred feet up. I loved it! 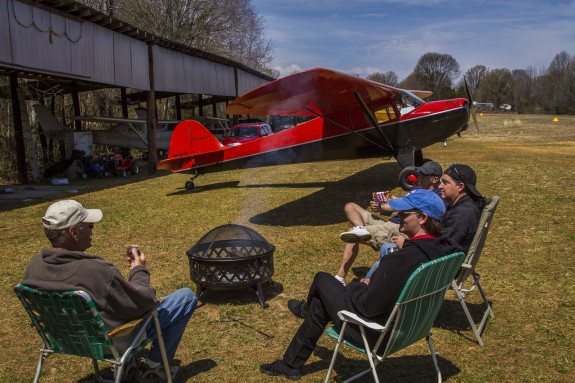 We’d barely cleared the trees at the end of the runway when he started a little turn. He said,Â â€œNow look down there on your right, that’s the nudist camp.â€ I almost choked.Â What have I gotten myself into? I thought. I don’t know this guy at all and he’s showing me aÂ nudist camp? I didn’t even know we had a nudist camp!Â â€œYeah, the old guy that runs it gets all mad when we fly over this low. He comes running outÂ and shakes his fist at us. It’s not like you can see anything but old, flabby people anyway!â€ heÂ explained. Well, that cracked me up. I was beginning to enjoy this fellow.Â We tooled around for a while, then I took the controls of an airplane for the very first time. ItÂ was amazing! I was still flying even after we’d landed. While he put the plane away he told meÂ about the customary beer you drink after a safe landing in a taildragger. I Â thought he was full ofÂ baloney, but we sat outside his hangar for a while with a couple of other pilots who’d also beenÂ flying. I had my first customary taildragger beer, and was hooked on aviation from that momentÂ forward.Â I hung around David and those other guys at the airport from then on. I learned all about tellingÂ tall tales and hangar flying. â€œBull*!$ting,â€ as they’d say. I didn’t learn how to do that until I hadÂ my own flying stories, but….Â â€¦.fast forward a little. My flight instructor, Don, was in his sixties. He and I were on perhapsÂ our second flight together. I’d only met him a couple of times. I didn’t know him, either.Â We’d done some pattern work and decided to just go fly around a little so I could get the feelÂ of the airplane. We were meandering about, enjoying the nice weather and smooth flight, whenÂ suddenly he tapped my shoulder.Â â€œLook down there to your left. There’s the nudist camp.â€ I just about fell out of the airplane.Â What was it about strange men I didn’t know, pointing out that place to me? 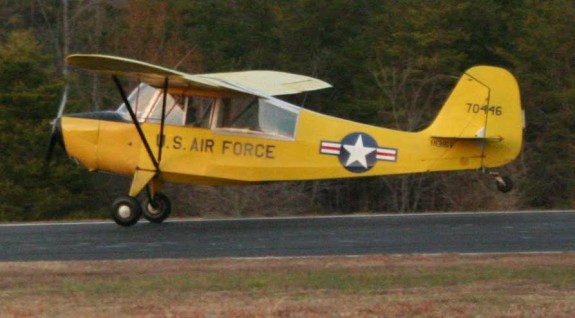 â€œYeah, sometimes you fly over on a hot day in the summer and they’ll be out there on thoseÂ metal boats on the lake. Looks like they’d have to put a towel down or something to keep fromÂ burning their asses,â€ he said, and laughed. â€œIt’s not like you can see anything down there exceptÂ old, flabby people!â€ That’s when I knew Don and I were going to get along just fine.Â We landed, put the plane away, then shared that customary taildragger safe-landing beer.Â These days, David is my best buddy. Don is one of my favorite people. I would never haveÂ believed it if you’d told me a few years ago that there isn’t really a â€œgeneration gapâ€ at all. AllÂ you have to do is fly over a nudist camp with a total stranger and suddenly, you’re friends forÂ life. 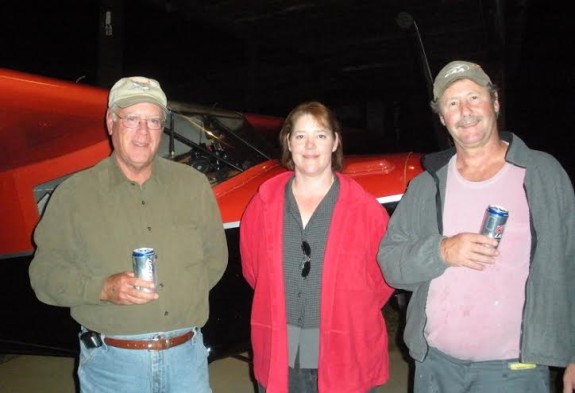