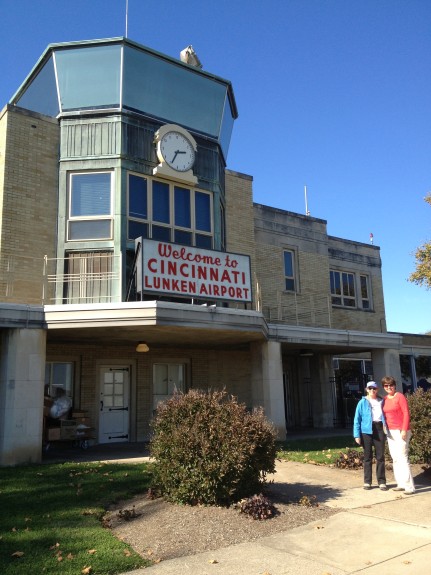 With Boyd in the left seat, I got some right-seat Mooney 231 time the last two Sundays, flying into the same cool old airport, Lunken Field on the Ohio River @ Cincinnati, Ohio. (You know he loves his Mooney!) Last week the wx was cruddy as heck and I wondered for a while if a VFR flight back to Indy would be possible. It was! This weekend Anne Wright was visiting from Michigan (Supercub Anne) and we decided to repeat the same flight to this beautiful airport with a history. 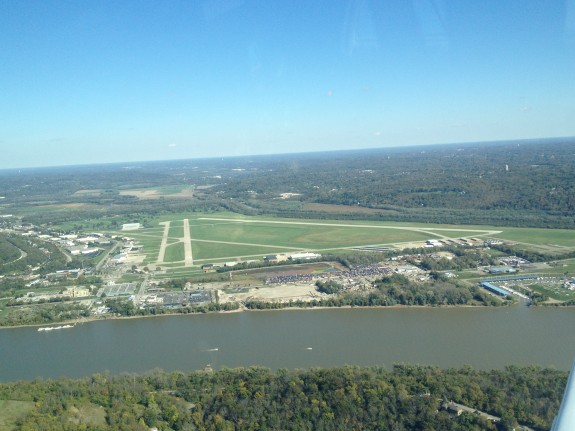 If you’re willing to fly into the Cincinnati Class-B airspace and land at this controlled field that’s famous for the likes of Martha Lunken, then you will not be disappointed. Today Martha was no-where to be found but there were plenty of other things to entertain us. 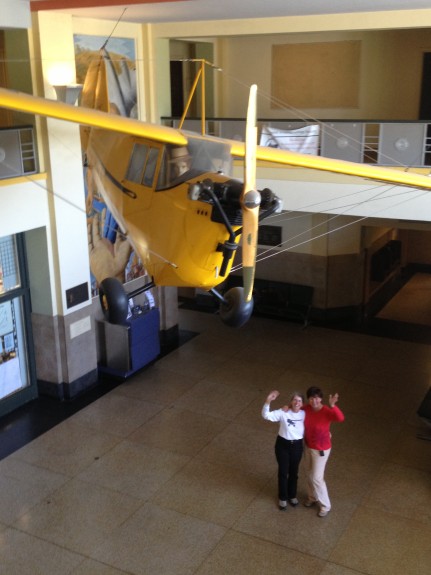 Where else can you land and find a perfect Aeronca C-3 hanging from the main terminal building ceiling? When Lunken Airport opened in 1925 it was the largest municipal airfield in the world, 1,000 acres. Another couple of tidbits; American Airlines started at this airfield and Embry-Riddle was formed at Lunken Field.And if that’s not enough to impress you, in 1964 The Beatles arrived at Lunken Field and were greeted by thousands of fans before their spectacular Cincinnati performance!

And new to LadiesLoveTaildraggers, a “Ladies Room” photo! BTW, Anne and I LOVED the ladies room at Lunken. I’m convinced nothing has changed at Lunken since they built the place in 1925. Talk about ‘stepping back in time’. 🙂

I also discovered there’s someone offering a “Flight of Fancy” at Lunken. I saw the “Flamingo Air” white/pink/turquoise nosedragger sitting on the ramp by the restaurant last week and didn’t think much about it. Today it was out flying when I came across their brochure. It advertises their Piper Saratoga, a “VERY DISCREET” pilot, champagne, chocolates and a 1-hour airplane ride. Are you thinking what I’m thinking?!! All yours for a mere $425.00. Welcome to the Mile-High Club! Hope the pilot has a good noise-cancelling headset.

Thanks Anne for coming along today – love the tshirt!. Another great flying day even if we were surrounded by airplanes with one too many wheels up front. 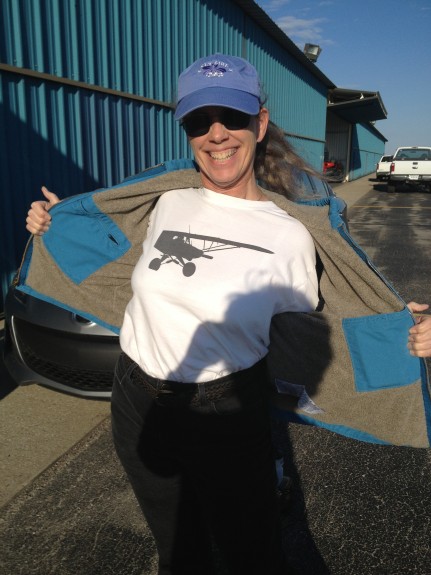