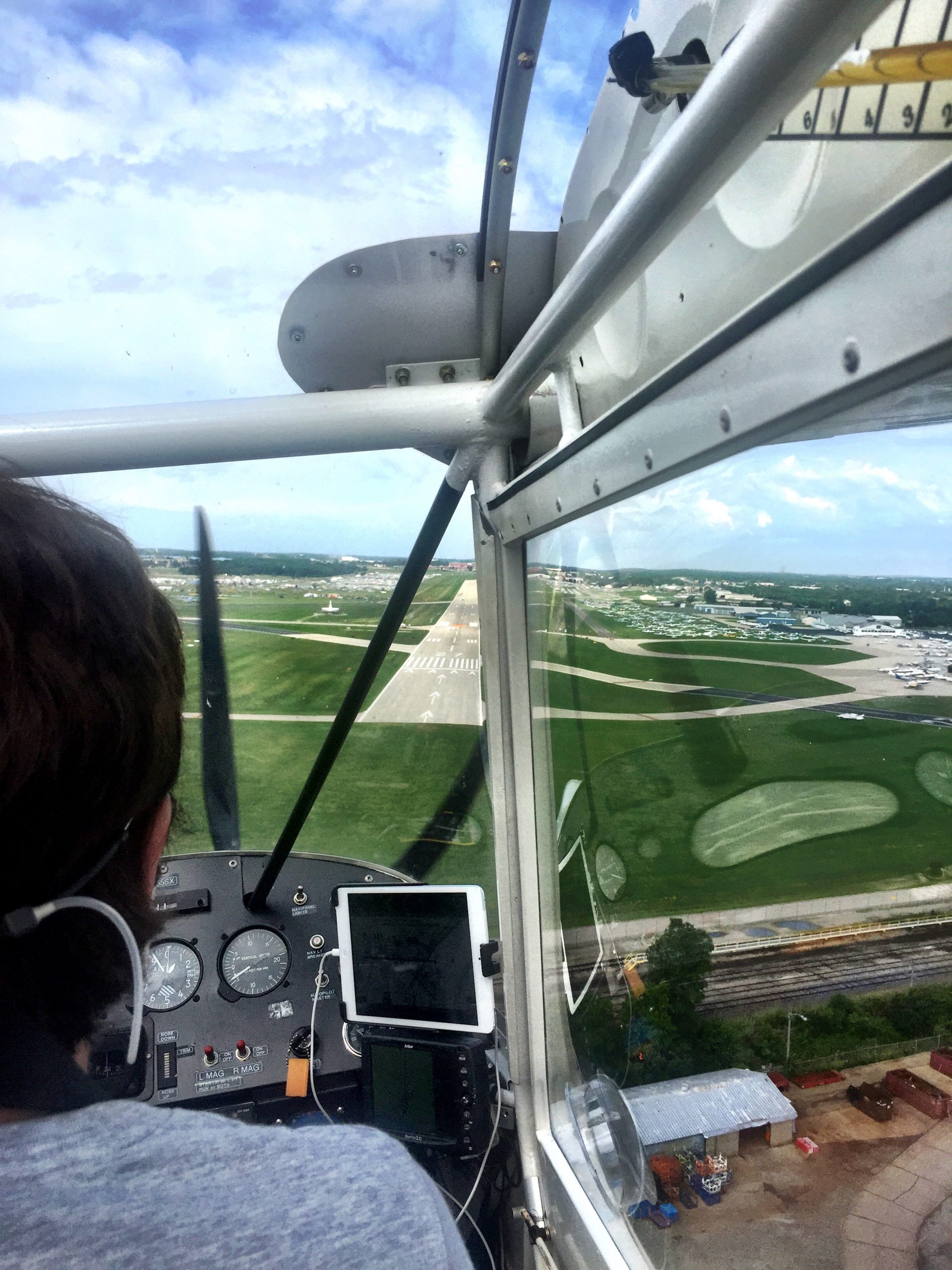 Monday, July 20, Opening Day at OSH. I’m thrilled to finally be at the biggest show on earth, not so thrilled with the early morning fog departing MQJ or the wild, hairy arrival into OSH. It all worked but you can bet I had my big girl panties on tight. I’ll save details of the flight-of-four in front of me on base, and that go-around, for a campfire some day and rejoice Kate and I are here! 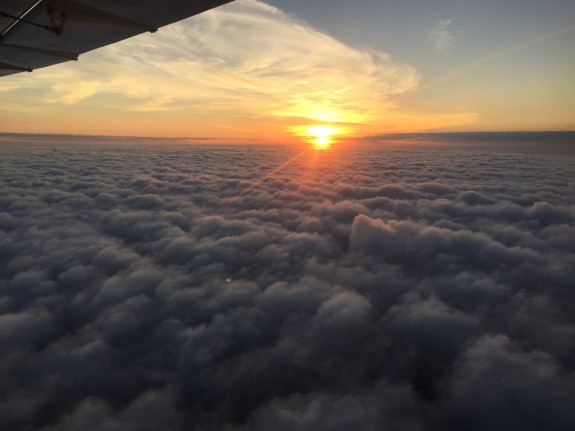 A beautiful 6:30 a.m. departure for Oshkosh, WI temporarily turned into a struggle to circumvent wide-spread early morning fog. A westerly heading kept us on the edge of the fog bank and 45 minutes later in the clear. 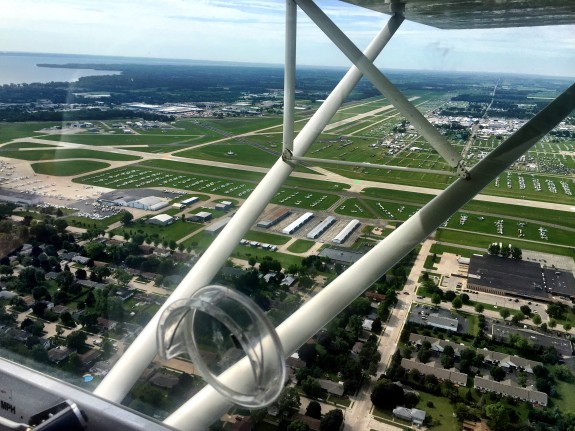 It was an awesome, albeit very bumpy, right downwind for 27 @ OSH 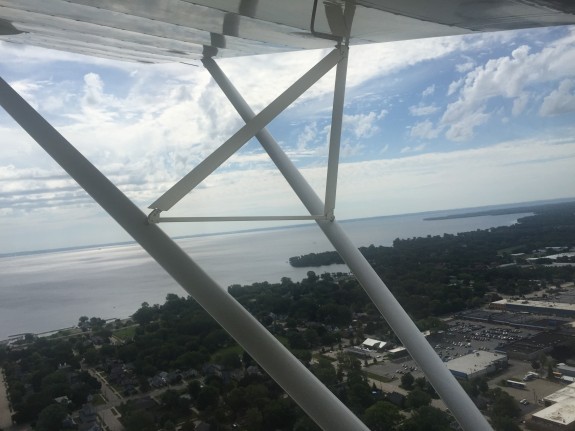 Second go-around got us in tight, right on the tail of a heard of Cessnas. Right base for 27 extended nearly over Lake Winnebago while doing some serious bumpy slow flying. 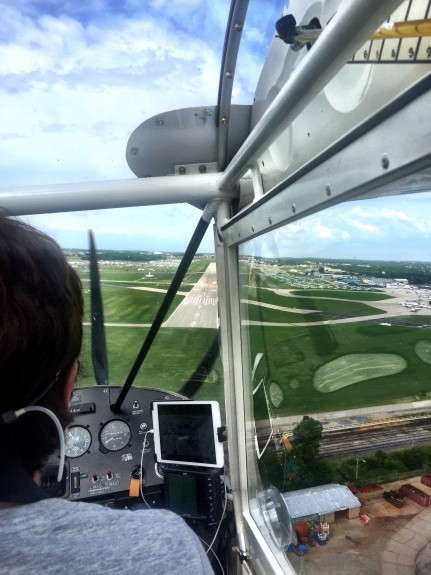 Compensating for an 18 kt 40 degree cross-wind Â for the numbers on 27 worked out dandy. Not the best ever landing but good enough. 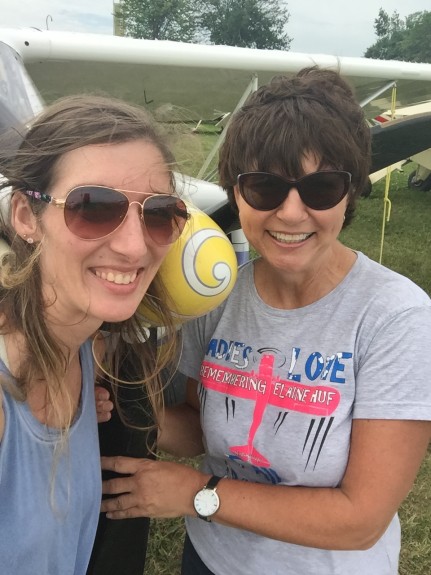 Kate Chambers & my “We have arrived” selfie! 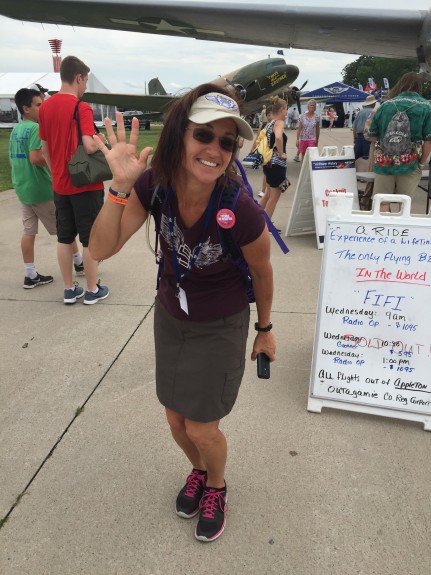 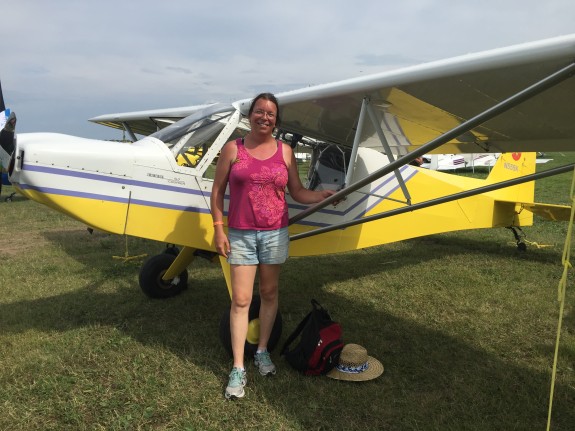 Jamy Spradlin, Dragonfly owner & A&P/IA, stopped by the S7 to introduce herself and hang out for a while. 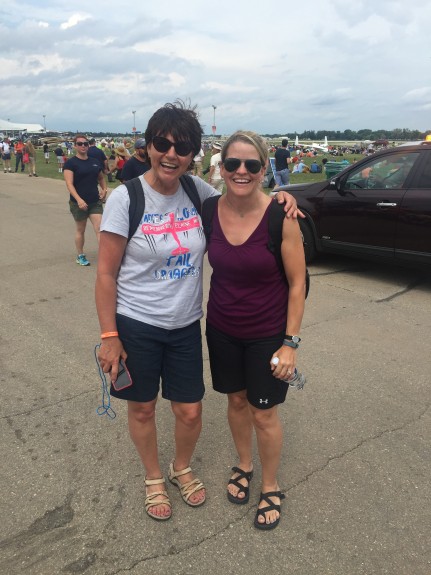 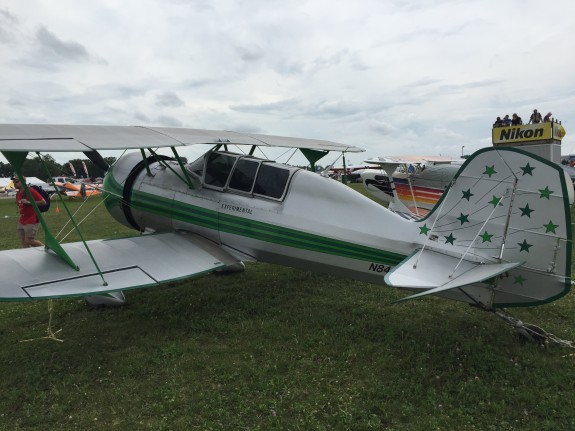 I spotted this plane from a distance and couldn’t figure it out to save my soul. It’s a Starduster SA300 with a Jacobs 245 hp radial. Check out the cockpit enclosure.

We are looking forward to Tuesday’s Lady Taildraggers Lunch at the Hilton Garden Inn Rooftop Cafe at 12:30. We’ll be doing it again on Friday, so please come on over.