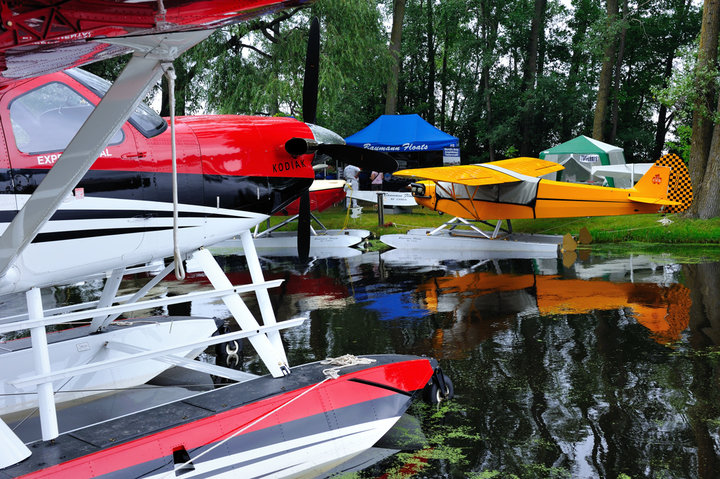 If I have any regrets about AirVenture 2012 its that I never made it over to the Seaplane base. I kept bumping into people all week long who’d taken the EAA bus over and they were raving about the picturesque seaplane base, the aircraft and talking about the slower, laid back pace compared to the high activity & noise level at AirVenture. 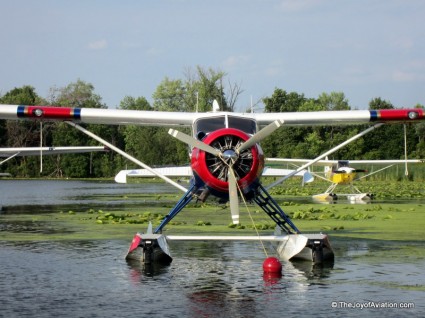 Turns out there were some taildragger beauties hanging out over there and the ONE I kept hearing about was a mysterious, gorgeous Cessna 195 on floats. 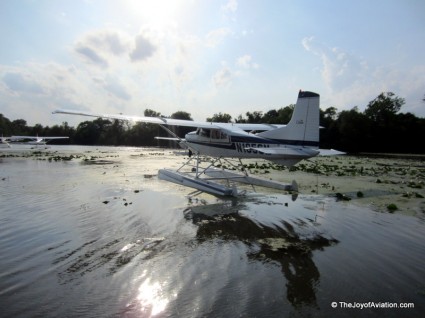 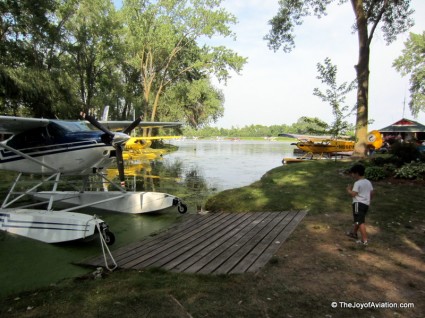 Looking through his shots I decided I need to get my butt to the seaplane base next year and spend some time relaxing and soaking in the sights and sounds. 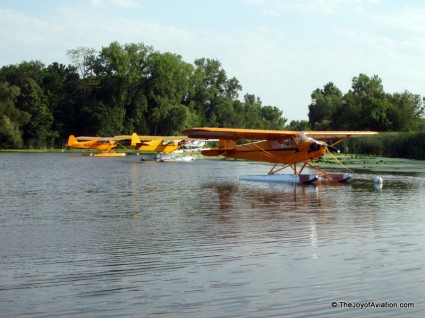 And about that mysterious Cessna 195! Â I found out it’s owned by Troy MacVey of Milan, Indiana who operates Macâ€™s Seaplane Service on the Ohio River in Rising Sun, Indiana. Troy gives rides and trains pilots seeking their seaplane certification. 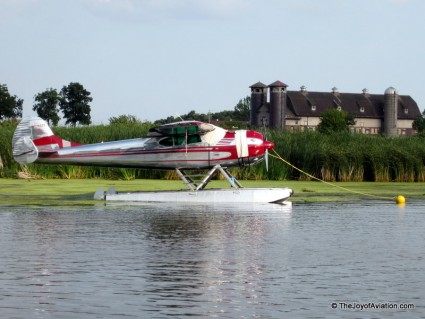 1949 Cessna 195, another beautiful photo by Bob. Click on it for a full size view of the 195 and the great Wisconsin barn.

Mystery solved and the best part is the 195 is based in Indiana ….. just like me. Â Guess where I’m headed this weekend?!!