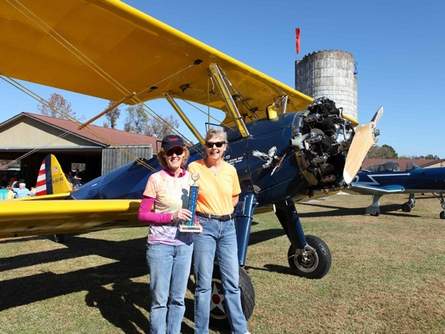 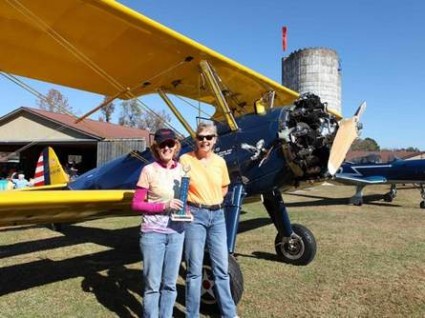 Photo by Conrad Pope from article by Amanda Lisk in Star News Online:Â Pam Fowler (left) owns this 1941 Stearman, which was used in WWII. Her friend Deb West (right) rode to Stag Air Park with her. Fowler lives on a grass strip runway in Kenly.

The photo above was taken at the November 10, 2012Â Stag Air Park region-wide fly-in attended by 70 planes.Pam and her friend Deb flew her 1941 Stearman to Stag’s and won this year’s fall fly-in trophy. 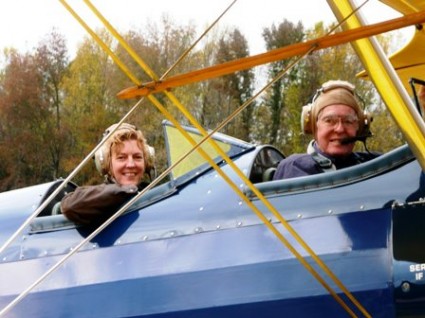 “Hi, I was born and raised in North Carolina. Â I was introduced to aviation by my dad as a child, but only started flying myself 10 years ago when my father told me to take the stick of his Cub because he had to do something. Â That was it, I was hooked.” 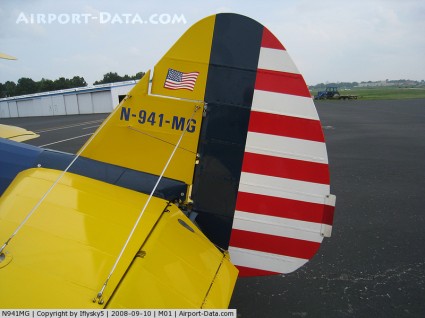 “I learned to fly his J3 Cub on the same grass strip he learned to fly on in 1947. Â Almost all my flying time has been in taildraggers. Â I love flying the Cub and Stearman. Â I have over 200 hours in our Stearman and have enjoyed EVERY minute.” 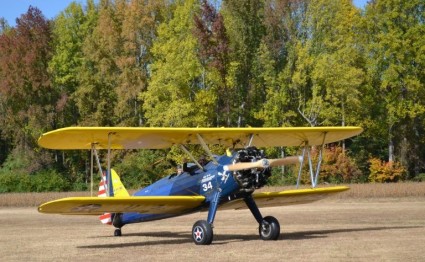