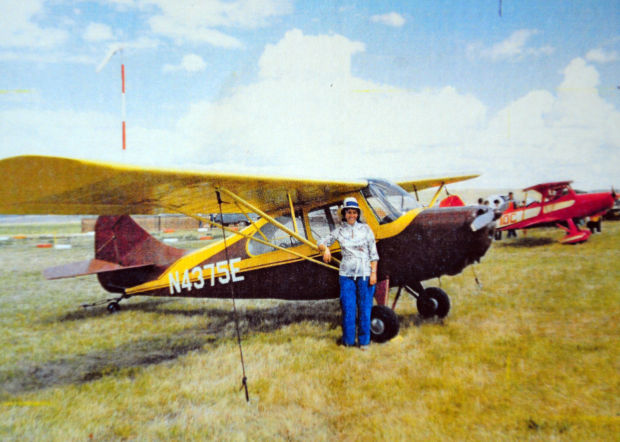 Pat Johnson is based at the Helena Regional Airport (KHLN), Helena, Montana.

I am so thrilled to see all you accomplished young women! I seldom encountered another woman flyer when I was most active in aviation and I am inspired by your achievements. Way to go, Ladies!

I first rode in an airplane in autumn 1961, began flying lessons in January of 1962, and soloed on April 4, 1962. A private pilot certificate followed two years later. Since then my life work has been education while flying is my hobby.

My first airplane was a 1948 7DC Aeronca Champion for which I paid $1400 in 1966 with the wings needing recover. It took me two years to pay off the plane and another year to recover the wings. I flew that great plane for the next 20 years until I finally got tired of hand-propping and sadly sold her. I have many memories of her, including going to the Grand Canyon. 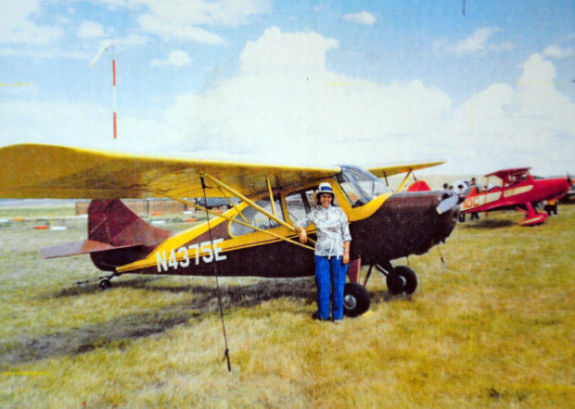 The other taildragger with whom I had an acquaintance was a friendâ€™s 1976 Great Lakes Special in which we did aerobatics. 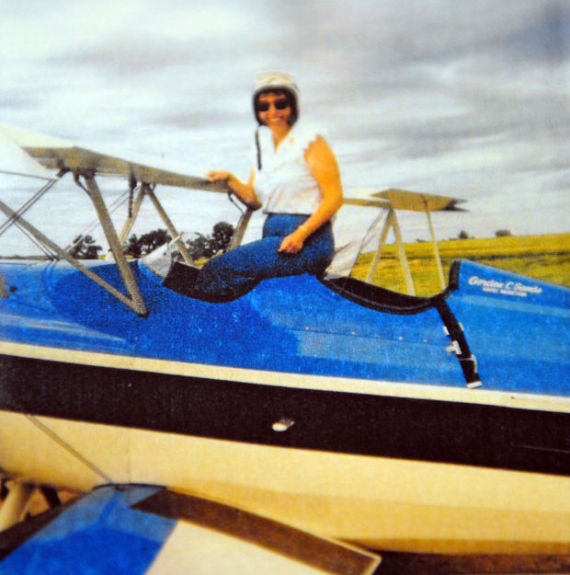 In 1979, I bought a 1966 Cessna Skyhawk which I still have. The Skyhawk and I have been to the shores of the Canadian Arctic, to Alaska, and around Montana, Wyoming, Colorado, Idaho and Washington. He has given rides to many people, including more than 100 teachers. 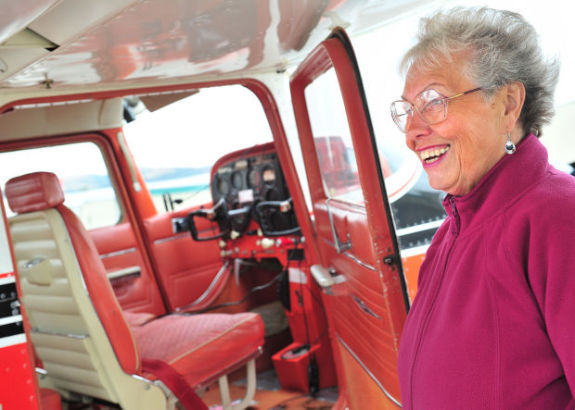 Over the years, I worked in aviation education directing aerospace education workshops for teachers along with teaching high school physics and earth science. Iâ€™ve held offices in many state aviation groups such as the Montana Pilots Association, the Montana Antique Airplane Association, and the Montana Ninety-Nines.

Recently, arthritis has slowed me down but I am not yet ready to give up flying and I am still working full-time at my education career.

The last 52 years in aviation have been an absorbing and continuous learning experience. In these years as a leisure pilot I have flown to some interesting places and have met some fascinating people. It has been a good life.

Thanks for the site and for showing such accomplished women,
Pat Johnson