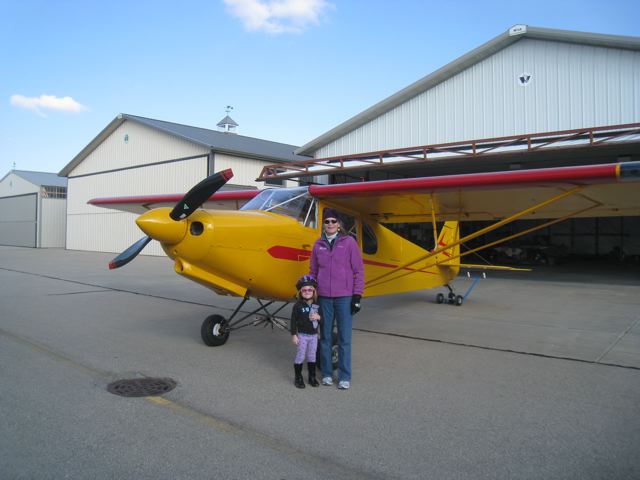 Patty & Jeff Plantz sent pictures of the project they just completed and it’s a beauty. It’s going to look beautiful on floats landing on the lakes across Wisconsin!

From Patty: Â “Well it has test flown…..now the floats go on! Ladies Do Love Taildraggers even on floats?”

“It is basically a PA-14 or Sportsman 2+2, modified. Constant speed prop with 180hp Superior engine. Doing the first 20 hours on wheels and then switching it over to floats. My husband JeffÂ bought a pair of floats at EAA 2004 after falling in love with float flying. Been building ever since.”

“The plane flies great. Takes off like a rocket, only about 200 ft. for ground roll. Pretty awesome airplane! ” 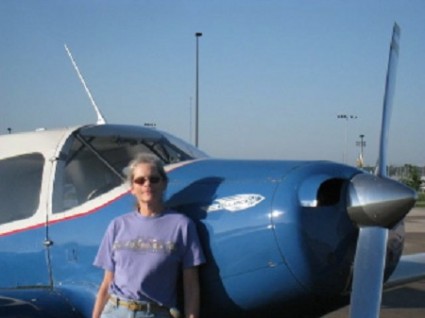 These pictures are from the Young Eagle events at our home airport as well as Morey Field in Middleton (C29 – west side of Madison).

I’ve been a pilot since 1987. Got hooked on aviation by my husband. He and his brother started flying ultralights in 1984. Then moved on to real airplanes. Our first plane was a Cessna Skyhawk that we shared with my father in law and brother in law. We did a few family vacations in that bird, when our kids were in middle school – Montana and Vermont. Moved on to a Kitfox in the early nineties. In 1996, we bought our current tail dragger, a 1947 Bellanca Cruisair (nick named the “Cardboard Connie” due to triple tail and wood & fabric construction). 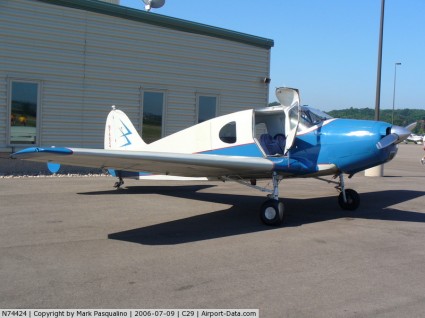 I “flew” right seat only for the first year. Then when I got comfortable, I flew several hours with a tailtragger instructor. After that, I was on my own! I’ll never forget the first flight, flying solo at last. It was a gorgeous, sunny December day. I flew my favorite local route – followed the Wisconsin River. Felt like I was dancing in the sky as I did some shallow “S” turns along the twists and turns of the river. I’ve been in love with that airplane ever since. 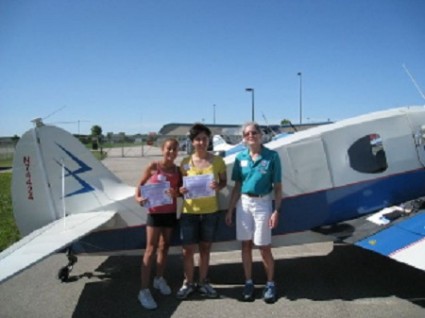 Our Bellanca has the original panel, haven’t upgraded to any high tech stuff. Feels like stepping back in time half a century when we climb aboard for a flight. I love the way it flies and I love landing on grass. Feels great to touch down nice and soft on the green green grass -just like the good old days of early aviation! 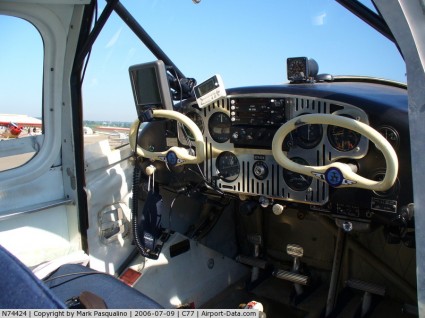 We’ll soon be transitioning to sea plane pilots. I got my rating last Sept. in Michigan. The folks at Northwoods Aviation in Cadillac, MI offer a great program. My husband and I have been building a sea plane since 2003. We hope to have it flying by late summer (although that might be a bit optimistic!) I’ll miss the Bellanca. Its extra fun to be a female taildragger pilot because it usually turns some heads everywhere we go. I’m sure all you ladies can relate to that. 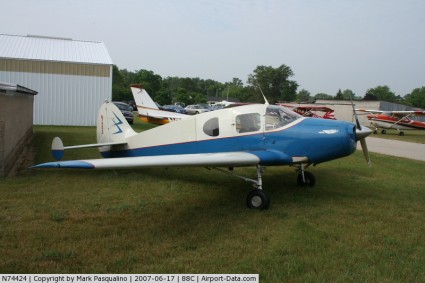 This shot is from the annual Father’s Day Fly In Breakfast at Palmyra Field (88C). I love the grass strip there. Always see more tail draggers there than anywhere else.

Looking forward to meeting fellow female taildragger pilots (and airplanes) at the Fly In this summer in Savannah.