From Susan Theodoroles, who is flying her 1930 Waco RNF with photographer Tim, along with Pete & Andy in their Wacos…

These were such good photos, I wanted to share them… Tim Cox (www.TailHookStudio.com) took these while we were flying around Sunday evening after the Doolittle Raider Weekend. 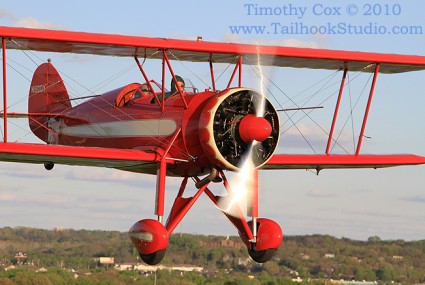 Above, my brother-in-law is flying the 1930 Waco CRG NC600Y (Red and Cream) with the big gnarly 350 super charged Wright engine.Â  He was about to fall out of the sky flying along with me — and when he pushed the throttle forward, all I could hear was that Wright Engine screaming — drowned out my poor little Warner!Â  It was great fun!

This photo of me I look so serious — but I was really having a great time! LOLOLÂ  I was probably just making sure I wasn’t about to get run over by Pete and Andy! 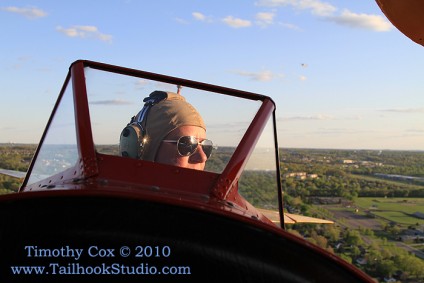 Looking off the wing of the RNF isÂ  a great shot of the grass landing strip at I73. Â (By the way, you’re getting a great look at the same airport the Lady Taildraggers Fly-in will be held this summer, Moraine Airpark). 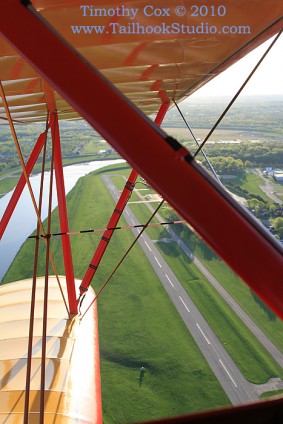 The next photo’s looking back at Andy catching us in the 1934 Waco YKC-S — it wouldn’t take him long to zip past us that’s for sure…but at least I look speedier than he is! 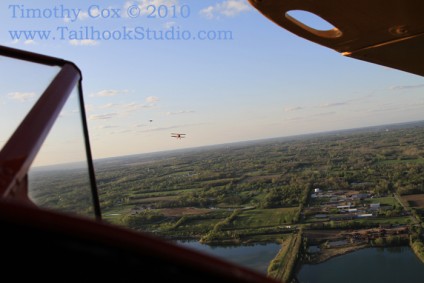 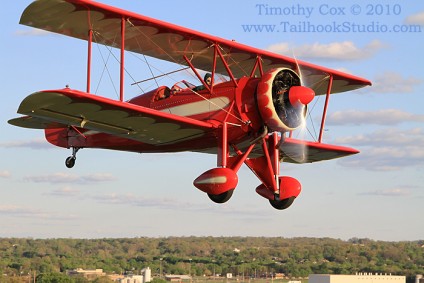 Many thanks to Timothy Cox for letting us borrow his great Waco pictures!