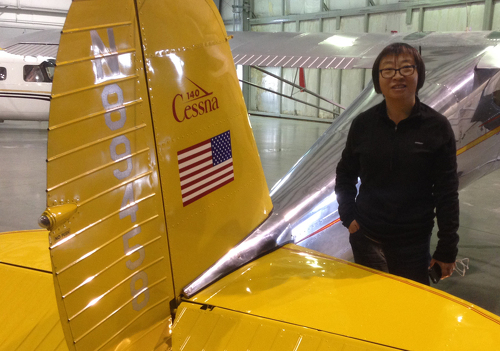 in Blog by Judy Birchler 0 Comments
0 Likes
My Adventure Story
Indianapolis to Silicon Valley flying our “new” taildragger, a 1946 Cessna 140

Why would anyone buy an aeroplane from their home State and miss out on fun like this?

We have just bought a 1946 Cessna 140 and this is the story of how we flew Hamachi from frozen Indianapolis to San Carlos, California armed with only a couple of spanners, one of both types of screwdriver and a roll of duct tapeâ€¦â€¦â€¦â€¦.

I wish but we simply could not help ourselves and throw in a couple of additional items that we thought might come in handy,

This resulted in constant contact with Ground Control via telephone, Skype, Facebook, email and text.Â Hamachi is moving to Silicon Valley so what did you expect? 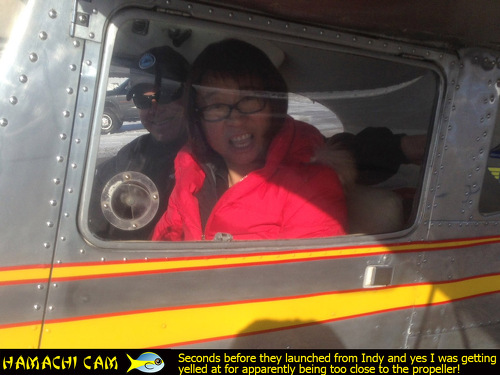 Left (Indianapolis) Greenwood at 9:45. Smooth and pleasant flight in sharp contrast to the prior day. We were below 2000 ft both because of Indy space and also relatively mild 20 mph headwinds. Soon, the smoothness went away and we were forced to search for smoother air from 1200 ft to 6500 ft. 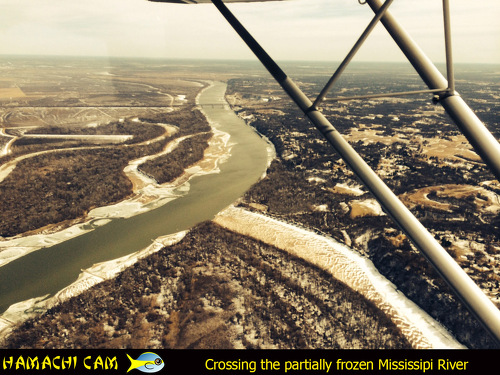 We stopped at KALN, KLBO, and arrived at KJLN for the night. We ran into a gentleman at KLBO who is also part of Short Wing Piper Club which we also belong. We talked about mutual friends Kurt and Mark.Â At KJLN, a large welcoming party arrived to greet us on the ramp who were very happy to see Hamachi.

The weather started much nicer than yesterday. The air was smooth and we had a nice tailwind and zipped along at 130 mph, quite a difference to yesterdays 50 mph! We landed at Hemphill airport. The airport was quiet and the place must be so out of the place that AmEx sent me a vm to alert me the potential fraud right after I paid for the avgas! 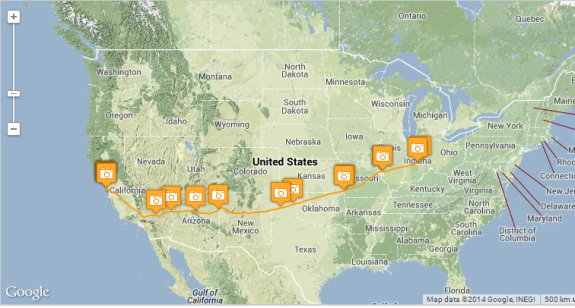 After a brief break, we continued heading west. Had a chat with ourÂ friendÂ Kurt SelbertÂ over the radio as he zipped by at 41,000 ft in a Challenger, he had been watching our Spot track. Soon, we started to encounter turbulence which I guess was not surprise as we saw many windmills. 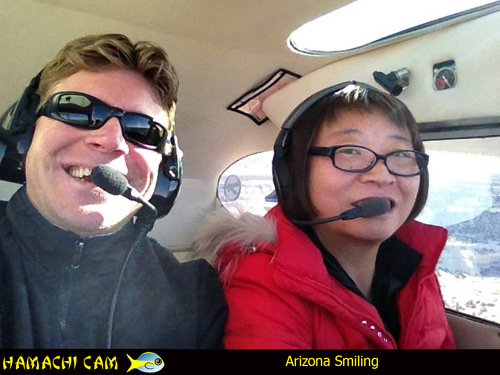 Our plan was to stop at Tucamcari airport to refuel and get lunch. we got the gas but no food so munched on chocolate bars for lunch. We continued to push on to Albuquerque and on the way climbed to over 10,000ft as a test for tomorrow climb over the routes high spot at Flagstaff. We also encountered headwinds in the range of 20-40 mph and ground started to come up to us which was a very strange sensation.

ABQ was windy and the trip to there was very turbulent it was 20kt gusting 30kt when we (Justin Phillipson, too much for me) landed. Tucked Hamachi in the Atlantic hangar for the night and will start at dawn tomorrow to get across the Flagstaff hopefully before the winds get up.

We started bright and early leaving ABQ at 6:45am surprisingly the wind was still blowing at 20 mph. It was already bumpy and very soon strong headwinds once again tracked us down. The head winds meant that we had to change plans and decided to fuel at both Gallup and Winslow. It was cold as we could tell from both the engine oil temperature and our need to use cabin heat. On the positive side the wind changed the direction giving us a welcome tailwind. This enabled us to land at Laughlin Bullhead City from Winslow. From Winslow, we largely followed I-40 through turbulent air and we were bounced around quite a bit. We slowly, ever so slowly climbed to above 9000 ft to go over Flafstaff. Once clear of the peaks we made a small detour to see the meteor crater. Nonetheless, we made good time to Laughlin where the wind was again very strong. 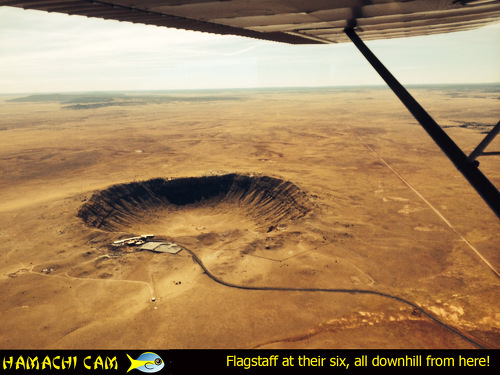 From Laughlin, we headed west again towards beautiful Mojave. And at times we flew as low as 5ft over the desert and the dry lake bed. After the refueling, Justin and I peeped through a gap in the Scale Compositeâ€™s big hangar doors and saw a cool new spaceship they are working on. We were spotted by two large and scowling security guys who quickly chased us away before they closed the peeping gap in the hangar doors. 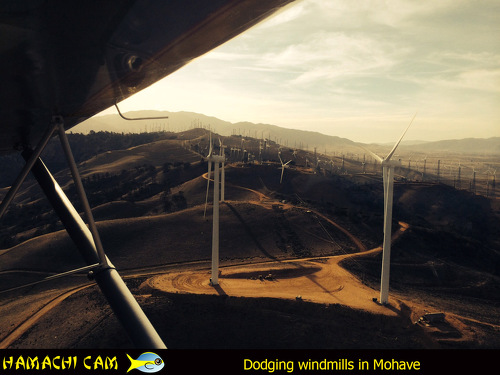 From Mojave, we continued west through the big wind turbine farm. It almost felt like we were flying a Rebel Alliance Starfighter in a Star Wars movie! We stayed at 5000 ft and crossed Tehachapi where the air was smooth and central valley was covered by a layer of haze. As we cross the Pacheco Pass, we saw a very beautiful sunset welcoming us home. As we got to San Carlos, we turned on our landing lights and while our little Cessna only has a small engine, its landing light is so bright that it will probably rival any of the 737s! 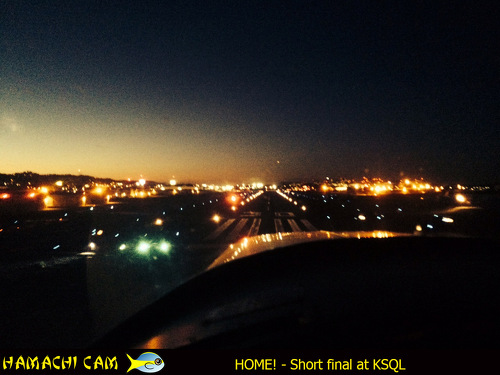 Taxi to the hangar, open a beer and relax! 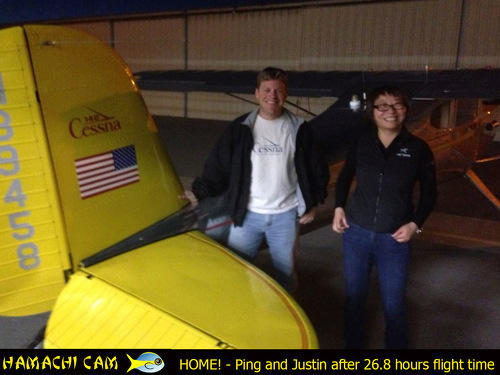