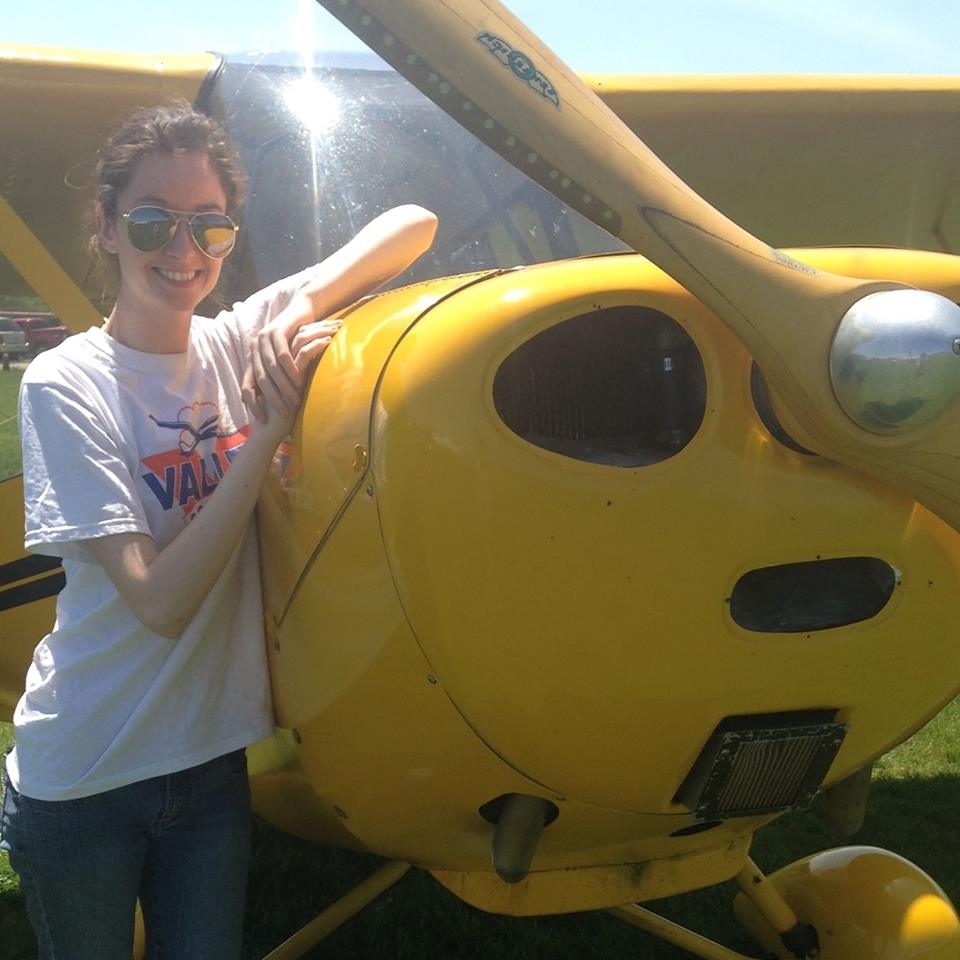 “Congratulations Rachel on your “sweet” purchase!” 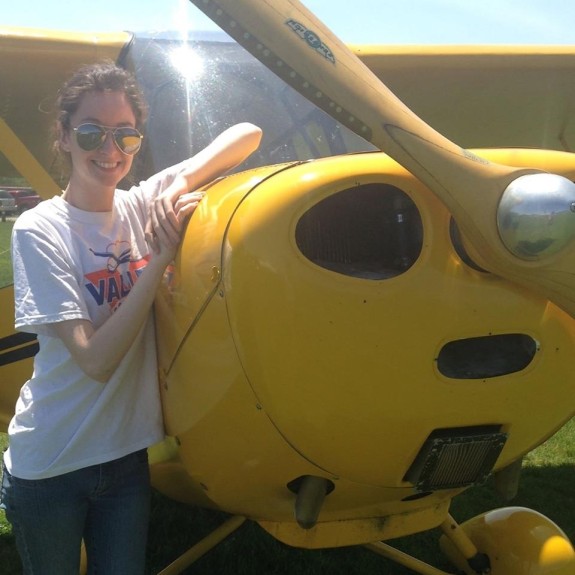 I recently became partial owner to a wonderful little Aeronca Champ. She’s a sweet little yellow thing and I can’t wait to get more time in her! Iâ€™m now a (very) proud owner to a taildragger. A literal dream come true. Hope all is well in your part of the sky! 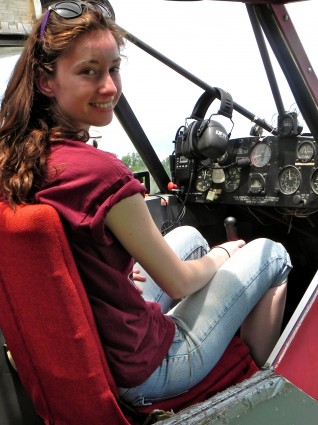 Hello!! I am 19 years old. I started flying gliders in 2006 by joining the gliding club based in Middletown and soloed 2 months later in the Club owned Schweizer 2-33. In September 2008, both my Dad and I obtained our private glider licenses. My dad, a hangglider pilot, encouraged me to pursue aviation as far as I could go. So after winning a generous scholarship from the EAA Chapter 1280, I began training in an adorable Cessna 150. In December of 2009, after bad weather had passed, I added the SEL rating. I even had a lady examiner! 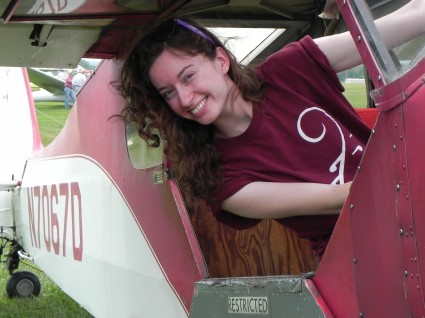 Since I â€˜grew upâ€™ flying gliders, I was around two taildraggers that towed us up every weekend of soaring. One of the airplanes was the SuperCub, and the other a Piper Pawnee.Â Once I was training in the C-150, I heard many power pilots talk about how difficult conventional gear airplanes could be. How flying those airplanes was ‘very challenging’. That was enough for me, I had to try it. I was up for the challenge. I began flying with one of the tow-pilots as he towed gliders. These scary conventional gear airplanes used just about as much rudder as a glider did! Getting used to the heel braking was interesting but once I had flown the SuperCub, I was hooked. I was endorsed for taildraggers just last year in December. Now I am a happy tow-pilot who gets to fly a Super Cub! As a new tow-pilot, I’ve only reached 26 tows so far but I plan on flying many, many more. Plus, Â you just can’t beat getting all of that practice in take-offs and landings! Being a huge fan of WWII and pre-WWII airplanes, Iâ€™ve always loved taildraggers. Due to flying gliders, I know what those footrests are really for! 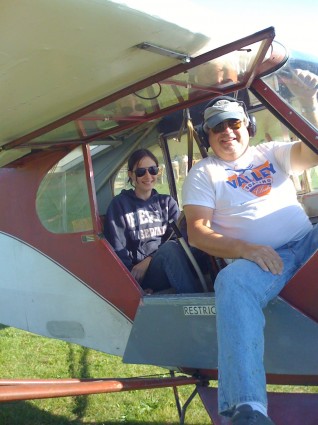 I’d like to add a little bit about my sister. I’m not the only lady who loves taildraggers in my family. My sister saw the website and immediately remarked, “I love them too!” She is 16 years old and a student glider pilot. Although she isn’t a taildragger lady yet, she loves them just as much as I do. She will probably get her tailwheel endorsement as soon as she is able. For now, she is a HUGE fan. This is a picture of her getting to ride in the same SuperCub I fly with the owner Hank Nixon.