It was a big day in the UK recently when one of our own lady taildragger pilots got to fly her newly rebuilt Champ again! An engine failure forced Nic Orchard to put her Champ down in a cow patch, dead stick, back in July 2008 and the insurance company totaled the aircraft. But that was not to be the end of G-TECC. Nic bought it back from the insurance company and the rest is history. Please take a look at the voyage of Nic’s “Champ Chump”. 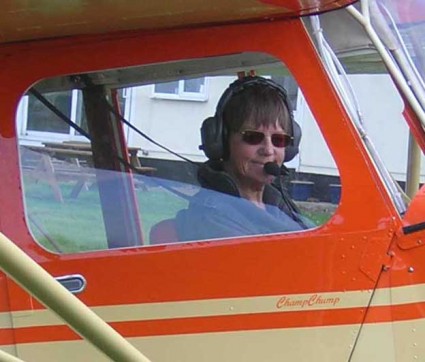 Of course, the weather since that one single flight has developed into a seriously non-champable pattern, so please forgive me if I relish this bit.

The full story is an awful lot longer than anyone would want to see, read or hear, but some of the restoration pics are on Nic\’s PicturesÂ  .

I owe the current frabjous state to a very experienced gentleman called Brian, who peeps from under a hat here and there. 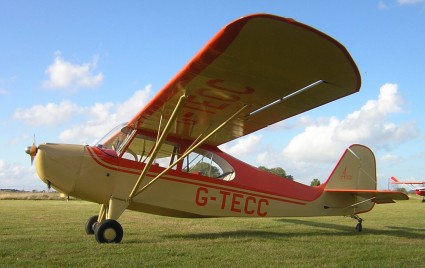 The story is as you surmised, although the cause for the engine failure was quite interesting, especially as the engine had just 120 hours since overhaul and about 5 since a refurbished carb was fitted. 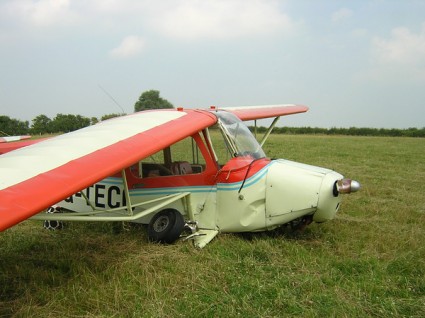 A very sad story, but now we know why the leg collapsed and why the engine failed in the first place, it's easier to bear.

The full story is in the AAIB report, attached, except what wasÂ found later during the repairs.Â  The gear collapsed because, it would seem likely, there was a long time pre-existing crack in the right leg, missed by every one on inspections, that maybe gave up in the field landing.Â Â It was a text book glide approach too – really felt like it was coming out right, so I was most surprised when things went wonky. 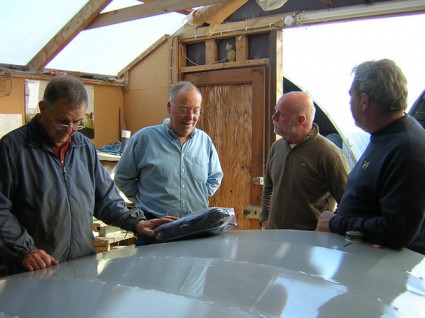 The Swiss wing, looking too good to strip...but strip it we did.

The intake hoses connecting to the spider had migrated, thus the whole engine was running so lean it couldn’t go on.Â  No warnings at all though, no rough running, funny noises, nothing concerning on the instrument panel.Â  Anyway the ground loop and subsequent damage (fuselage frame took the shock load so there was welding to be done)Â made it an insurance write-off.Â  They paid out, I bought the Jodel and with the change () bought back the Champ from the insurance company (engine not shock loaded and newly overhauled…) and made the decision she would fly again.Â  Not a very wise decision financially of course, but I like to think of it as ensuring the Aeronca heritage is maintained (even though thousands exist and she is hardly rare). 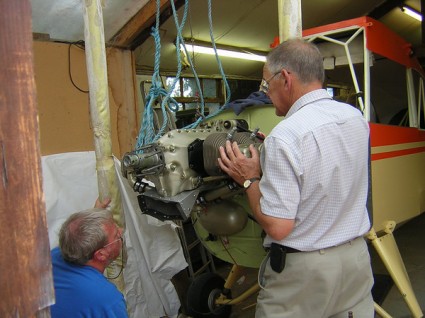 The 90 odd pics are the edited highlights of about 300 – and of course many of the more interesting stages were missed, due to forgetting camera etc.Â  Just as well, perhaps! 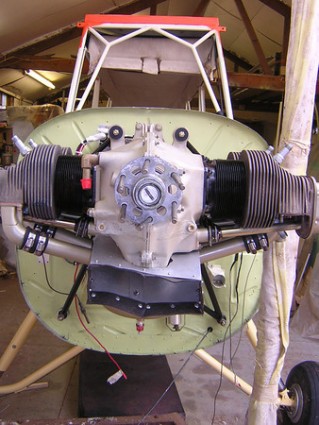 The worst thing was the looong wait for the right humidity for spraying dope: about one day a weekÂ from spring to summer, both this year and last. 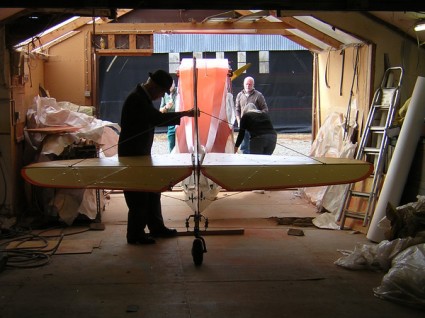 The workshop is not exactly state of the art but the aeroplanes that have emerged from it over the years…beautiful.Â  I wish I could say I did more towards mine than I did, but my contributions were small. 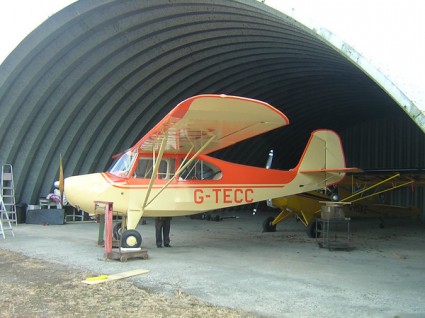 Great to see so much going on elsewhere with the ladies: you surely started something, didn’t you?!

‘Wish I was flying, aren’t we?
nic