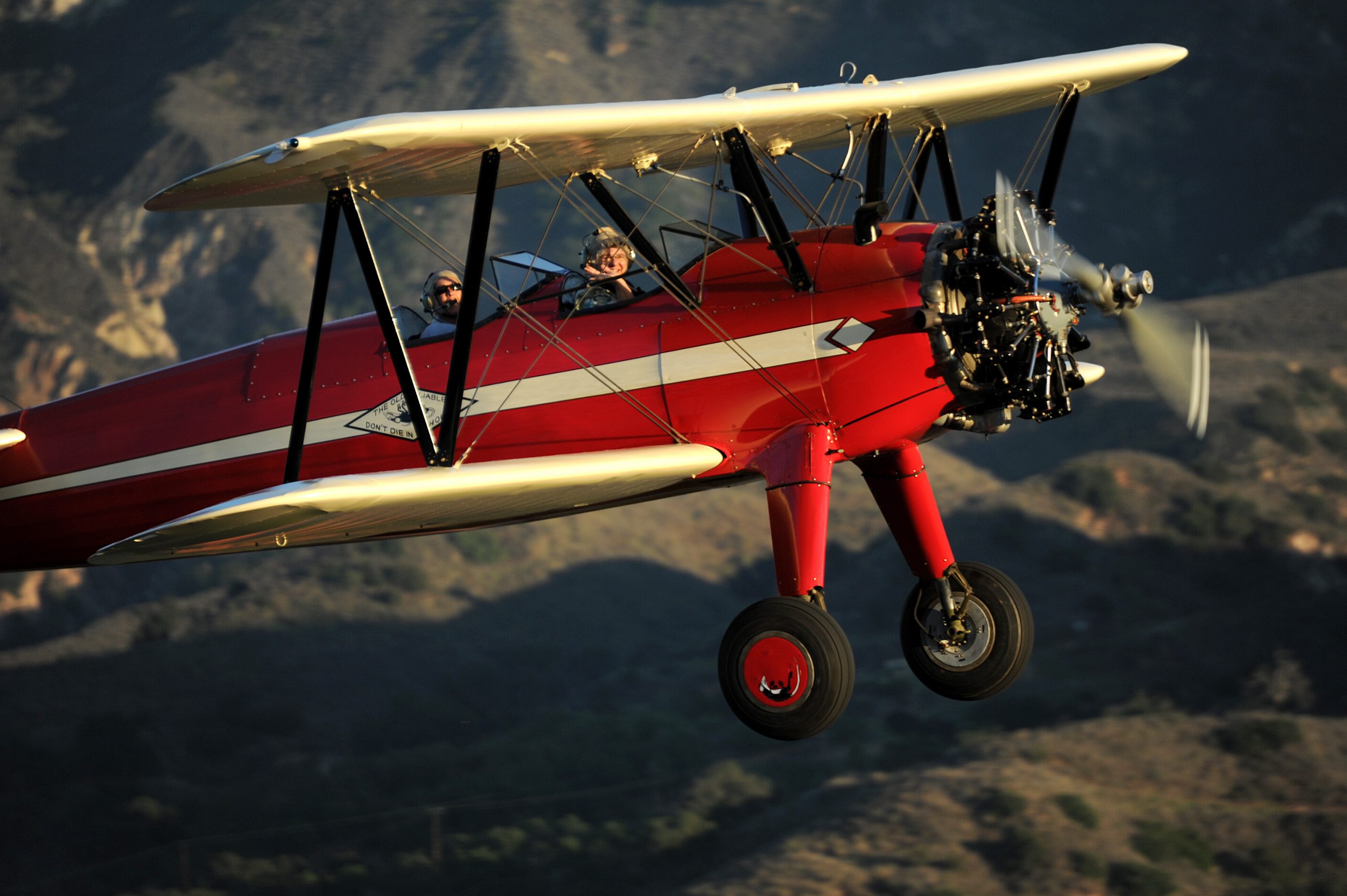 “Congratulations to Rowena Mason on her successful completion of our S1 Checkout, which concluded with her first solo in her own S1-S this afternoon!” 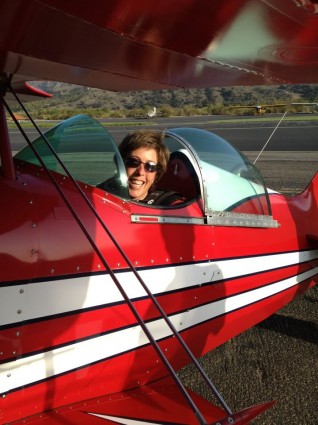 Posted 8/8/2011: Â In addition to the Stearman pictured and the J3 Cub we own and fly…. 1953 Piper Pacer, another 1941 Stearman with a 450 P&W engine, and a really cool Sportavia Putzer RF4D motor glider.Â  We actually have seven airplanes right now, some are still projects. 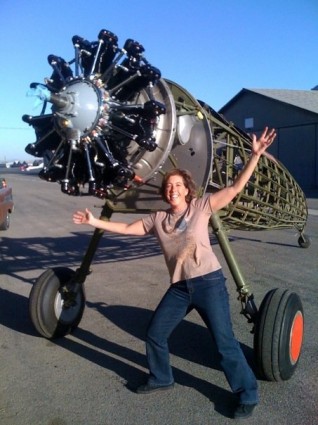 Me in front of my bare Stearman; the red Stearman right after the engine was hung 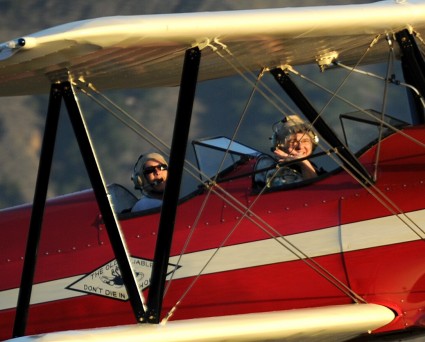 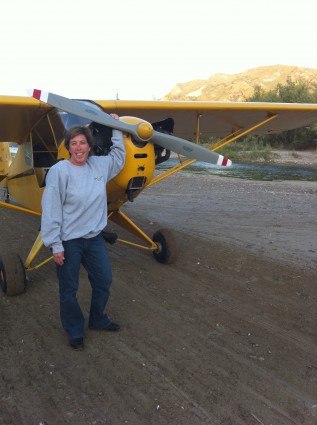 I bought my Cub in 1985 shortly after I moved to Southern California. Â I have an aircraft fabric covering shop at Santa Paula Airport. My husband and I rebuild and fly antique airplanes. Â My Stearman was purchased from a crop duster auction and my husband and I completely restored it. 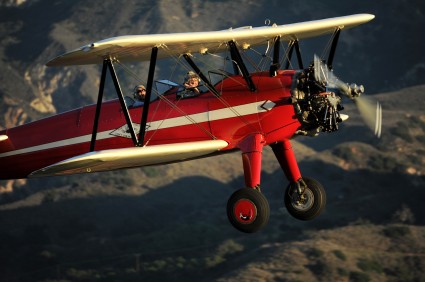 It has a Jacobs 275 hp engine conversion and had its first flight in April of 2010. 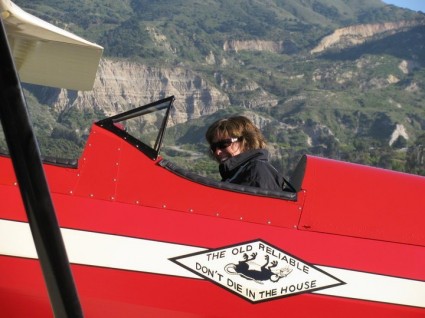 I have never been to Galesburg, but have always wanted to make the journey.Â Â I wish I could fly it back to Galesburg this year for the Stearman Fly In. You know how that goes, time or money, or both…… this year it’s both. Â Great to communicate, I had no idea there was this group, it looks like a fun bunch.