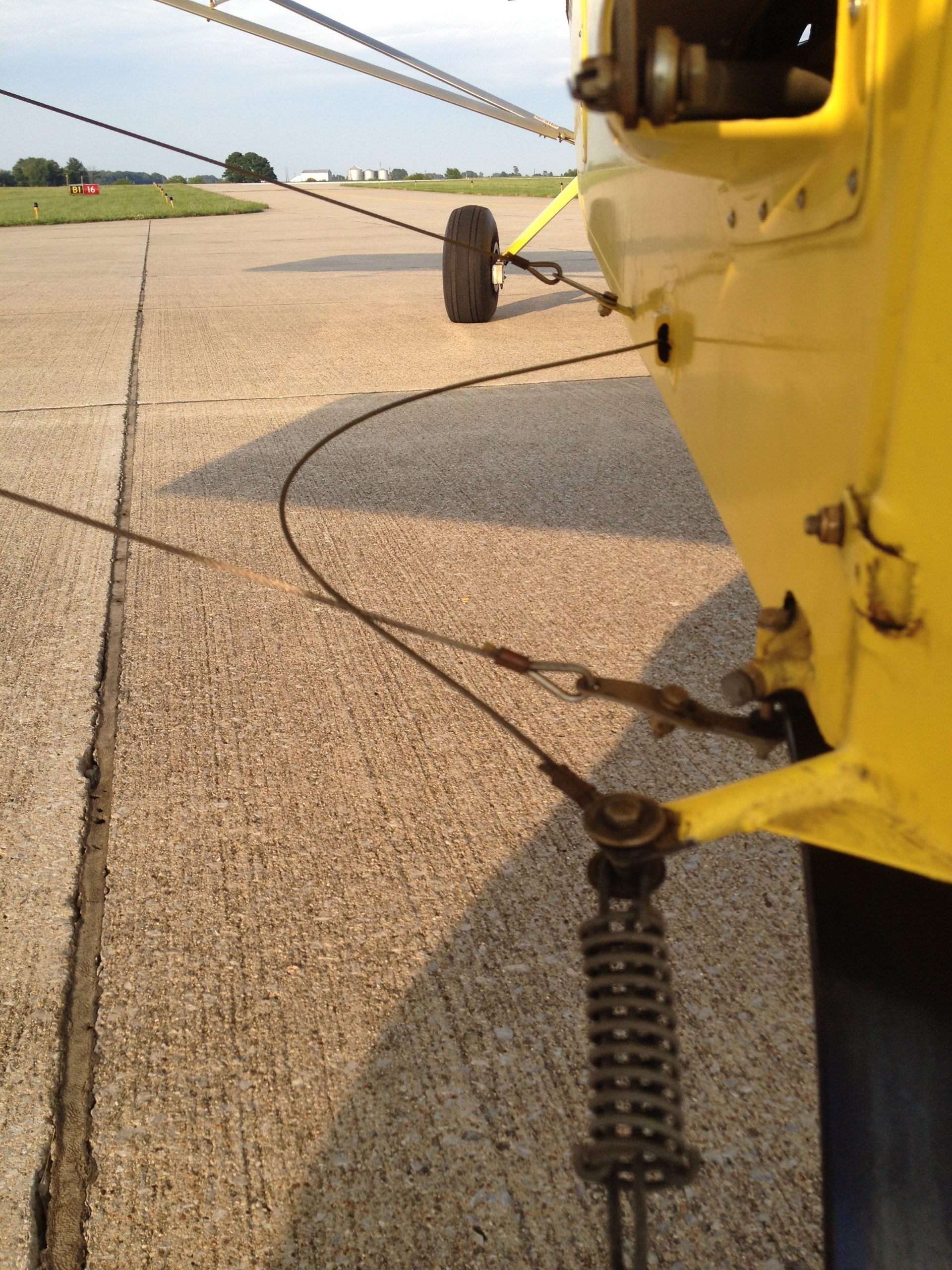 If you’re on Facebook, you may already know about my incident while attempting to depart my airport yesterday evening. I want to thank all my Facebook friends for your comments, especially your suggestions and recommendations. It’s pretty amazing that I can have a problem, post pictures on Facebook and have real time, immediate, knowledgeable and useful information just that fast. You all are amazing. 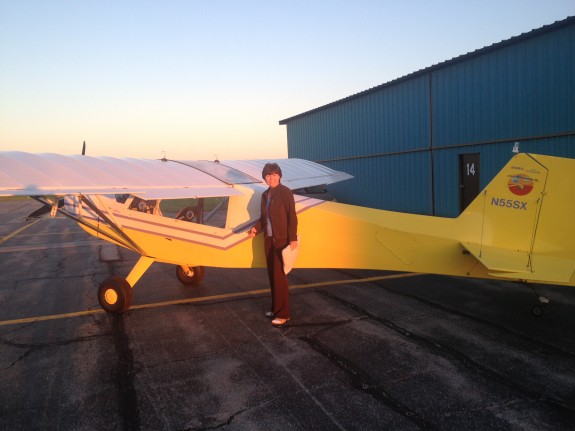 For those that don’t know, I decided to do a solo, evening flight after dinner last night and, if I was lucky, enjoy a nice view of the sun setting. My plan was to take off, fly around a small lake just to the north, probably do a touch-n-go at a grass strip or two, and head back home. Turns out I wasn’t lucky at all. 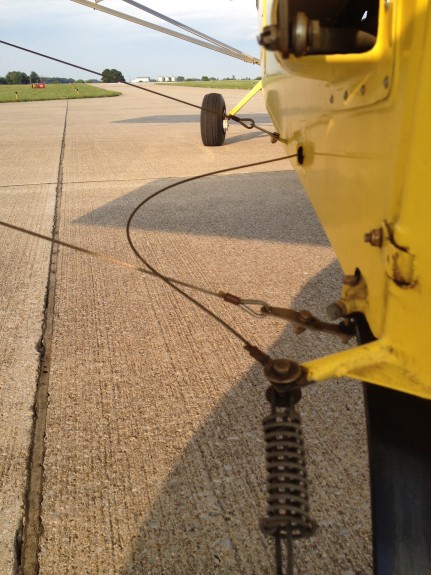 Wait a minute, what am I saying? Turns out I was VERY lucky. I did my preflight, started my Rans S7 and taxied to depart runway 16. At MQJ it’s a much shorter distance to taxi to runway 07 or 25, but I decided to add on the extra taxi time to 16 because of a south wind. After the run up, I applied left brake, added power to get her on the runway, and at that moment the left rudder peddle gave way and slammed to the firewall. My brain didn’t get it at first and was trying to make sense of why my leg was stretched to the firewall. I remember thinking for an instant, “what, is this normal?” A moment later I realized my rudder cable had broken…and how lucky I was it broke at that instant instead of after rotating or being fully airborne. Whoa, too close for comfort. 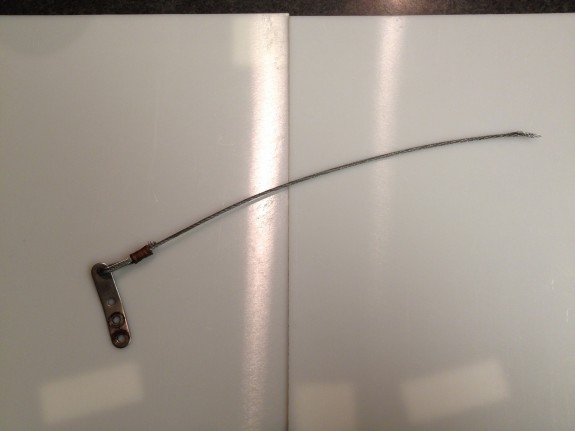 I’d be lying if I said “No big deal” or “Didn’t bother me a bit”. Truth is, a friend was very seriously injured just a week ago when the Mooney he was riding right seat in lost power on departure and crashed just south of their runway. The pilot was killed and our friend was pulled from the wreckage by a witness just before flames overtook the aircraft. Last night, we were supposed to visit him at the hospital for the first time but his son messaged to wait a little longer. I have flown since then but I admit I was thinking of him when I was taxiing out and wondering when my turn for the unexpected was going to happen. 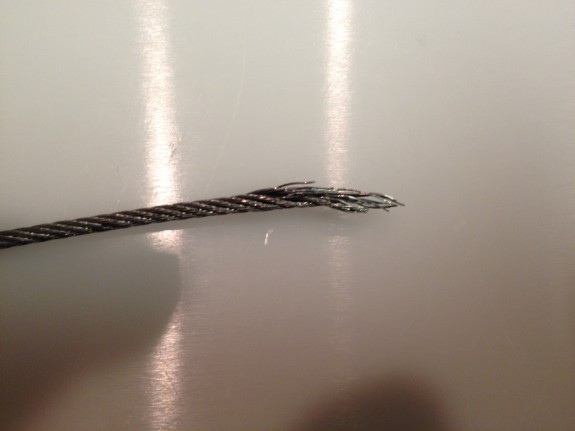 Guess the answer was, sooner than you know. As of last night, my perspective as PIC has evolved once again. With nearly 700 hours in my S7 in 3 years I admit to getting very comfortable in her. I always approach each flight with a level of respect and an understanding she’s a machine, and machines do break. But I’ve also gotten very relaxed about flight which is a double edged sword. There’s nothing I could have done to prevent this from happening but I intend to spend extra time on emergency procedures and recommit to airtime awareness.

I’ve been unusually nervous since the Mooney accident last week which isn’t like me. I think the reason is, we also have a Mooney and the first photos from the accident site looked identical to our Mooney. I’ve been thinking this week about my husband’s response when I mentioned how strange is was for me to suddenly be nervous about flying. He said

“We can all live your lives to the fullest, and fly, or we can stay under our bed and have someone bring us food and only climb out of there long enough to shit, shower and shave. If we do, Â we can still have a meteorite fall from the sky and land on our bed and end it all anyway.”