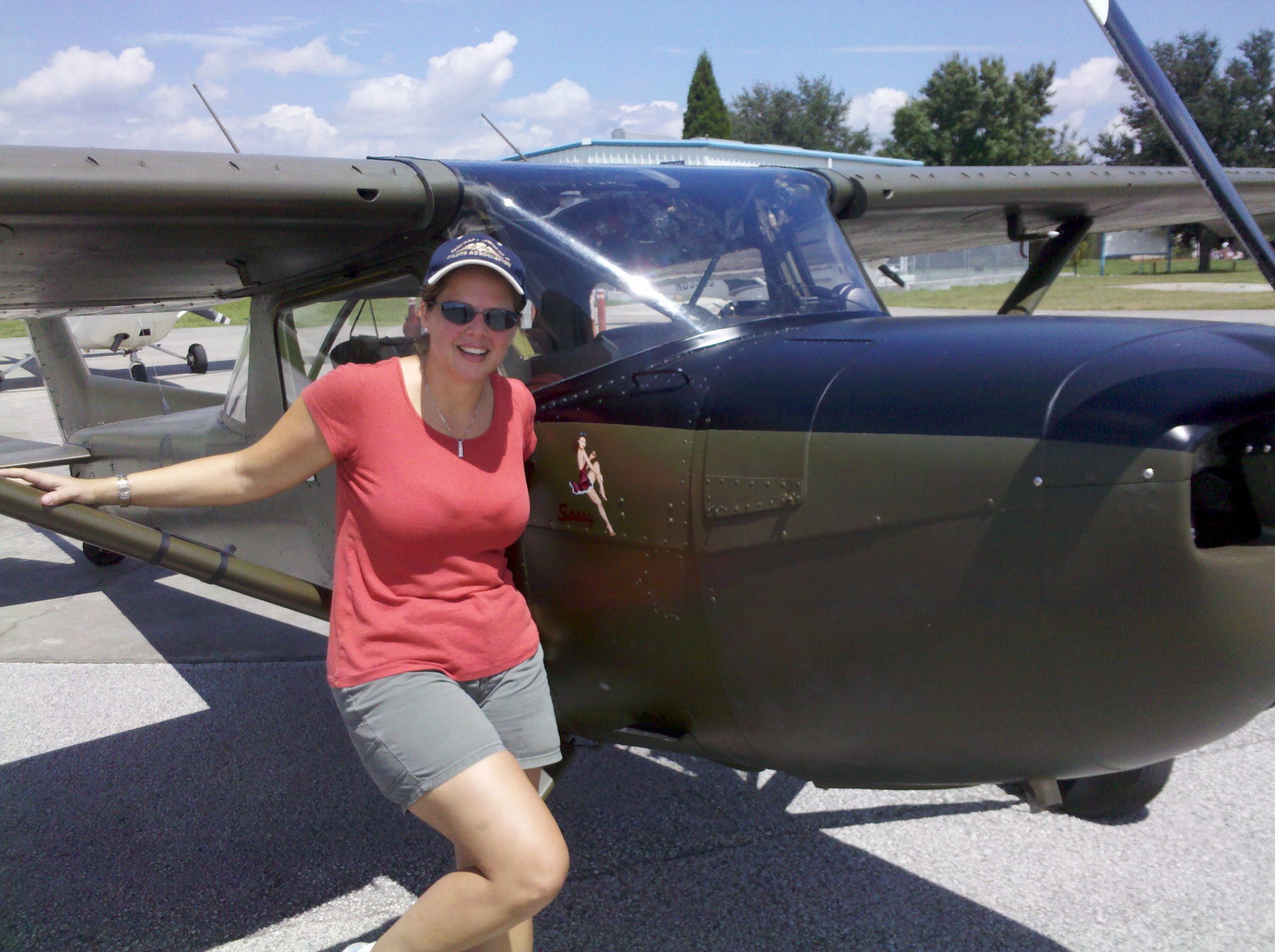 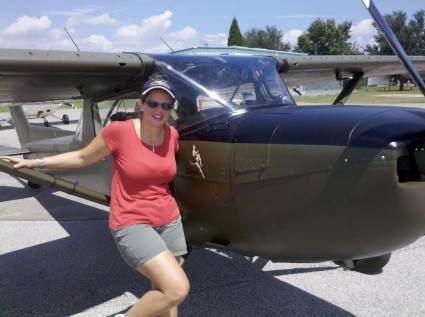 I’ve been a private pilot since 2003 and earned my seaplane rating in April 2010. Â I’m relatively new to dragging my tail. Â My husband & I have a nosedragger and a taildragger; our taildraggerÂ “Sassy” is a Cessna A150M with the Bush conversion. We also own and fly a Cessna 150D (noseÂ dragger) “LuluBelle”. Â I grew up with taildraggers. Â My father was a habitual builder of experimentalÂ aircraft. Â It wasÂ gyrocoptersÂ in my early childhood, Â fixed wing ultralights in my teens, and eventually RV series aircraft. Â He currently has an RV4 and RV8. Looking forward to getting to know the group! 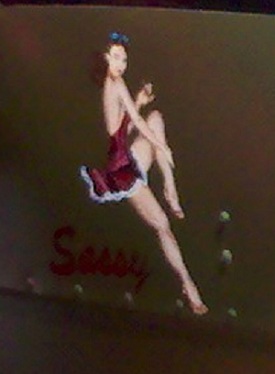 You may remember Sandy from the “I’m just a Girl!” video posted last year. Â Sandy and Catherine Cavagnaro created this incredibly funny video spoof on women pilots. If you haven’t seen it yet don’t miss it!! And by the way, we need you on Ladies Love Taildraggers Catherine!!