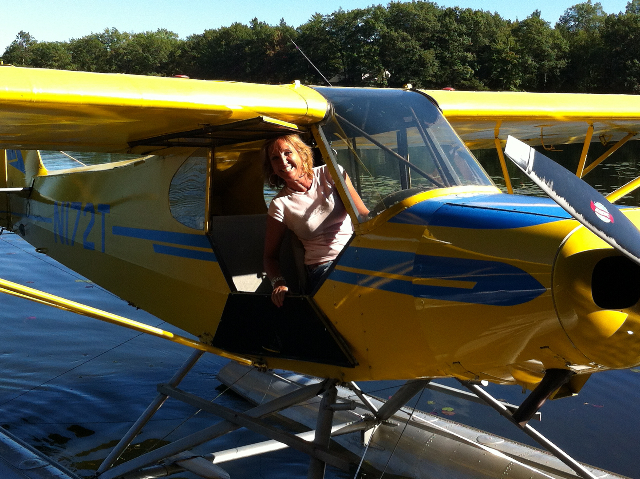 Thanks to Anne Wright for sending her recent “splash time” pilot(s) update! Love it Anne!!

Kelly Rinne and I went up to Northwoods Aviation in Cadillac, Michigan on Sept. 16 to fly seaplanes. It was Kelly’s first time, and a refresher for me. I had earned my SES at Jack Brown’s in Florida in 2009, but hadn’t flown seaplanes since then, so we were both looking forward to getting some splash time. Kelly and I had met at the reopening of a local airport that had been closed for a few years; it had belonged to Tecumseh Products and was private, but had been purchased by friends of mine from the Michigan Stearman Club, Dan and Janet Mills. Here is Kelly, me, and fellow LLT Linda Betzoldt on the ramp of the renamed Tecumseh Mills Airport. 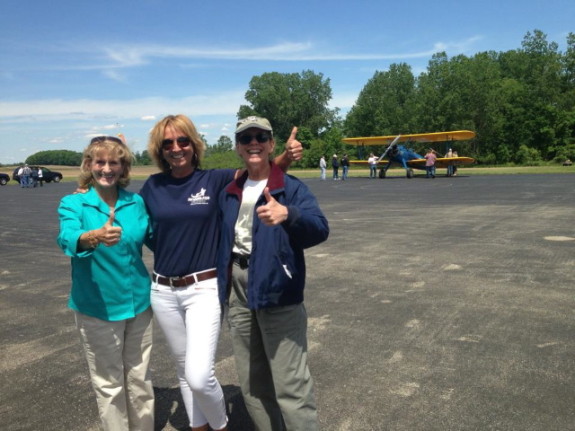 The weather at home was unflyable, with early fog and rain, so we decided to drive. Halfway northbound, the sky cleared up and we had a beautiful day! We arrived at Northwoods, and ate lunch while we talked with Jerry, our instructor. We then drove out to Sapphire Lake, where the Supercub on straight floats was docked in front of a small cabin. I went first, and we reviewed taxi and turning techniques, then took off for a larger lake right next to Sapphire. It was just a little breezy, so no glassy water techniques, but we did quite a few normal takeoffs and landings, and simulated the glassy water landings. Then over to another, much smaller lake, for some short “field” practice, and back to Sapphire, where Kelly was waiting for her turn. Kelly lives on a lake, and I wouldn’t be surprised if she ended up with a seaplane! 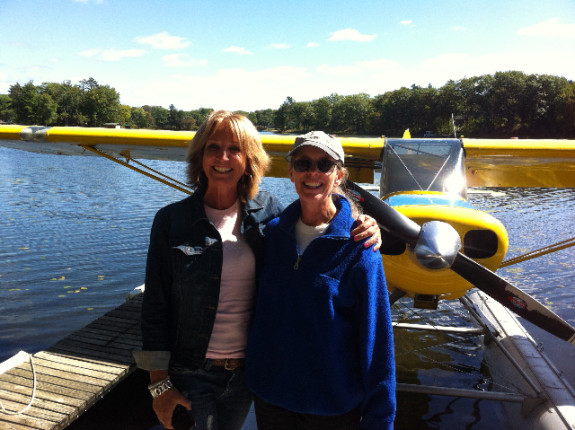 Kelly taxiing back after her first seaplane lesson: 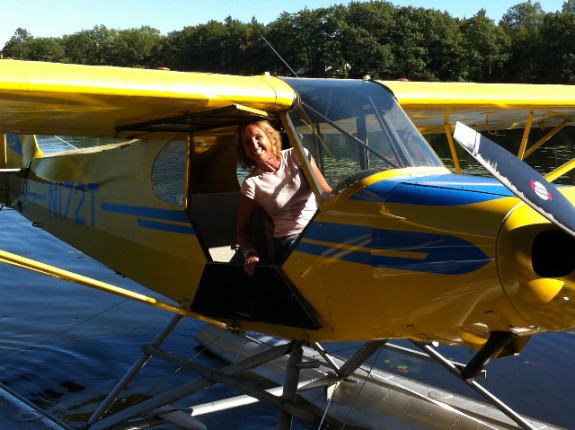 We had a wonderful day, ending with geocaching in a local park, then a delicious dinner at Lakeside Charlie’s in Cadillac, and great conversation on the way home. Now we’re looking forward to flying that same Supercub this winter, when it changes into a skiplane. C’mon, snow!!