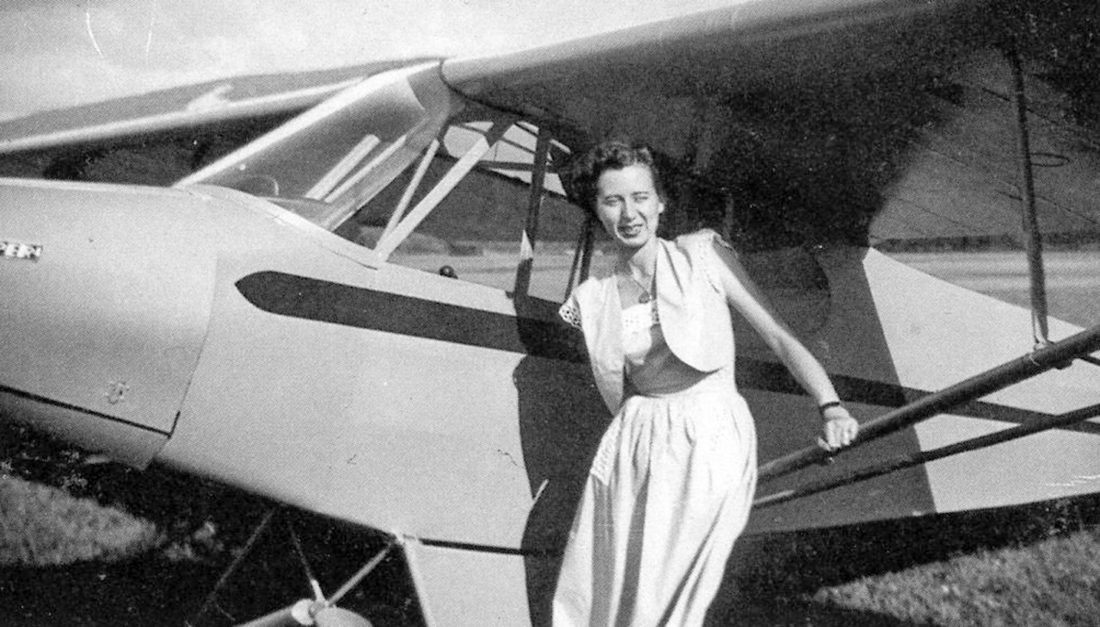 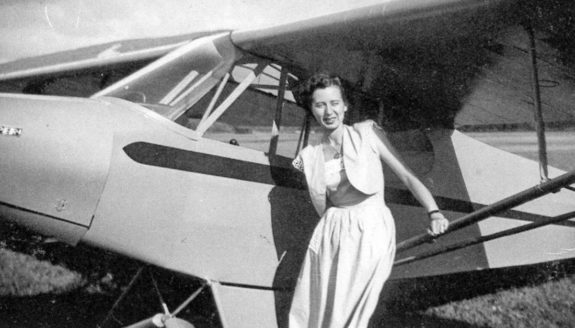 Lock Haven, Pennsylvania, October 30, 2017â€ In March of 2017, Sentimental Â Journey, the annual flyâ€in that celebrates Piper Aircraft Corporationâ€™s heritage in Lock Haven, Pennsylvania, along with Amy Gesch, Sentimental Journey member and flyâ€in attendee, established a scholarship to aid those with a desire to learn to fly, in honor of Leah Jones, a former Piper manufacturing employee, ferry pilot, and longtime flyâ€in attendee. We are pleased to announce the decision was made Â to continue the scholarship annually. The scholarship, in the amount of $1000.00, Â is open to high school seniors who are going into the field of aviation upon Â graduation, as well as any high school student age 15 or older who is interested in Â learning to fly an aircraft. To qualify, they must either be a resident of Â Pennsylvania, or be a member/child or grandchild of a member of Sentimental Â Journey to Cub Haven, and reside in the U.S.

â€œCelebrating and preserving Piperâ€™s history in Lock Haven is the purpose behind the flyâ€in,â€ commented Cal Arter, President of Sentimental Journey. â€œBut part of Â history is that it doesnâ€™t stop being madeâ€the story is being written every day. Even though Piper no longer has facilities in Lock Haven, we have a rich history and we feel itâ€™s only right to make sure tomorrowâ€™s history is as rich as todayâ€™s. Thereâ€™s no better way to do that than to invest in the pilots and mechanics of Â tomorrow.â€

Ed Watson, Vice President of Sentimental Journey, added, â€œLeah Jones has been one of our favorite flyâ€in visitors for years. She lights up like a light bulb when she Â gets to see young people at the flyâ€in and when she sees her beloved Cubs come home. Sheâ€™s an inspiration to us all, and we feel it is a perfect fit to establish this scholarship in her honor.â€

Leah Jones, who went by the name Mae Coady, (her middle and maiden names), worked at Piper Aircraft in Lock Haven from 1946â€1951. During her time there, she worked in final assembly and ferried dozens of airplanes. She and a group of other Piper ferry pilots, including Bill Sparks, whose book she has brought to the Â flyâ€in for years, referred to themselves as the â€œHerd oâ€™ Turtles,â€ referencing the modest cruise speeds of the humble Cubs Piper produced at the time.

Sentimental Journey is a nonâ€profit organization. Anyone interested in donating Â to this scholarship, contact us at the above phone number. Â Â Â

About Sentimental Journey: Â Established in 1985, Sentimental Journey sets out to celebrate Piper Aircraftâ€™s history in Lock Haven, Pennsylvania. Piper moved to Lock Haven from Bradford, Pennsylvania, in 1937, still under the name of the Taylor Aircraft Company. Later Â that year, the company was officially renamed the Piper Aircraft Corporation. The Â company remained under the guidance of the Piper family until 1969, though the Â family remained deeply connected to Lock Haven. Under corporate ownership, Piper Aircraft left Lock Haven in 1984 and the flyâ€in was established the next year Â to bring former Piper employees and aircraft owners together. Kim Garlick, Executive Coordinator of Sentimental Journey, states, â€œAlthough weâ€™ve had up to 700 aircraft attend on a good year, these days, the flyâ€in attracts an average of Â 250â€300 aircraft annually, from as far away as California, Canada and Florida, all coming to Lock Haven to experience the â€œfeelâ€goodâ€ flyâ€in event and to â€œkiss the ground the Cub was built on.â€ Â Â Â