Some serious weather passed through Oshkosh this afternoon, scared more than a few of us and caused some limited damage. I was standing under the wing of my S7 talking to some friends and we could see the sky getting very dark, very fast. You could tell by the look of it, it was going to pack a punch and have heavy rain and strong winds. We said our goodbyes ratherÂ abruptlyÂ and they headed off in one direction and I decided to take cover in the Homebuilders building. 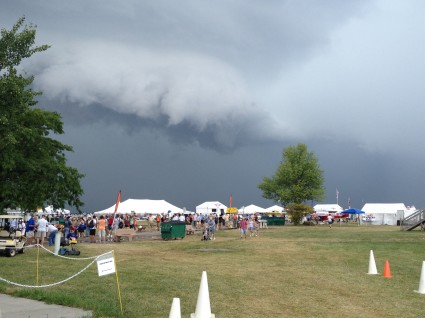 It was a dead run for me trying to get to the building before the rain hit. I only stopped long enough to snap a couple of quick pictures and hoped I wouldn’tÂ get struck by lightening in the process. 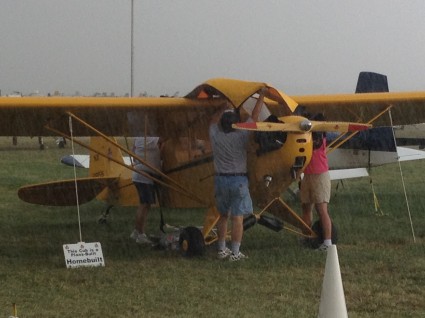 My friends Mike & Sherry Finney weren’t near as lucky as me. They came bolting out of nowhere and tried to put a cover on their home built clipped wing Cub. It was raining so hard I could hardly see them at times & I’m feeling really guilty I stayed put and watched them get drenched while I was keeping nice and dry. 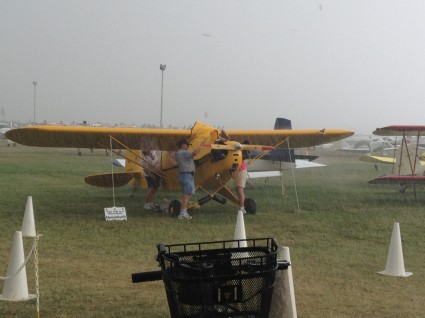 The wind gusts were reported at 55 knots and it poured HARD for several minutes. 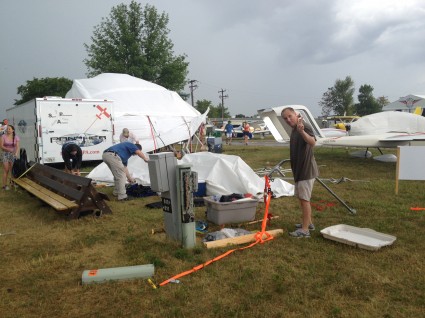 The strange thing was, the rain & wind were out of the west gusting hard, calmed down a moment then turned and hit us again from the northeast. Then a third time it changed direction, we got some wind sheer & rain and it hit us again. 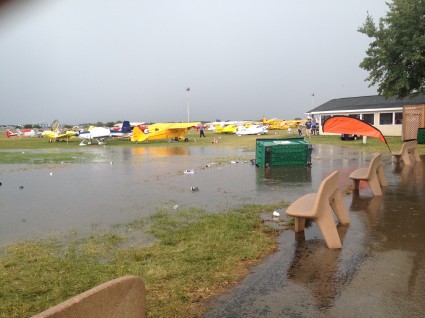 The whole thing was over in about 5 minutes but there were moments in the middle when I wondered if we’d be able to hold on if it picked up any more. 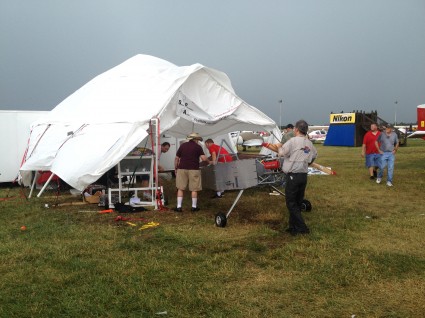 Right after the worst of it passed by everyone started coming out of their hiding places and looking at the damage. Small vendor tents were down, trash was scattered, big heavy trash bins were turned over and it was a general mess in some areas. 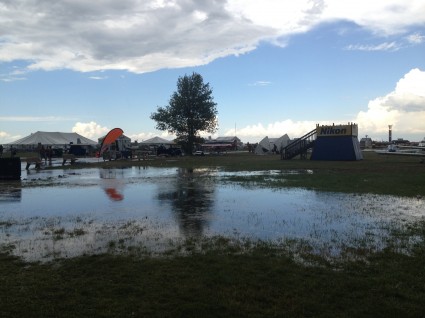 Most areas on the ground didn’t seem to get much damage and I think the area I was in, Homebuilts, got the worst of it. 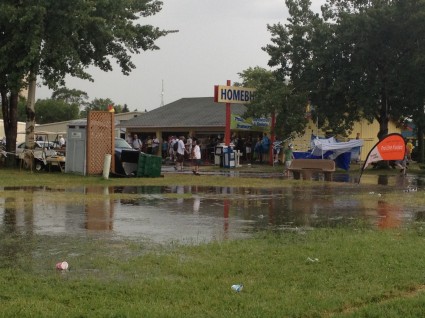 I believe this was the most significant aircraft damage on the field but I did talk to several home builders that have damage requiring repair before they can fly. 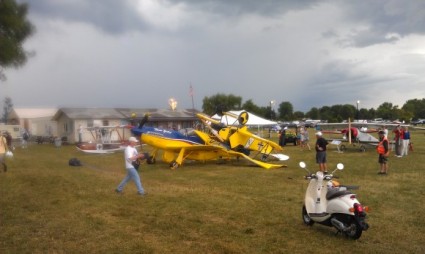 I have a 2 minute video I shot during the worst of it that’s pretty amazing. Â I’ll get it up as soon as I get it downloaded on YouTube.