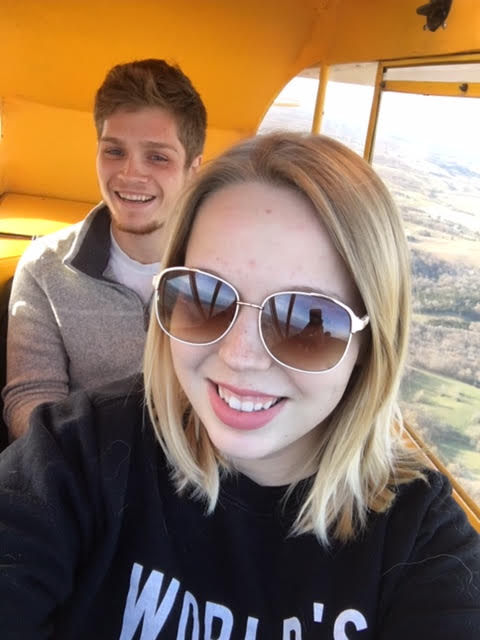 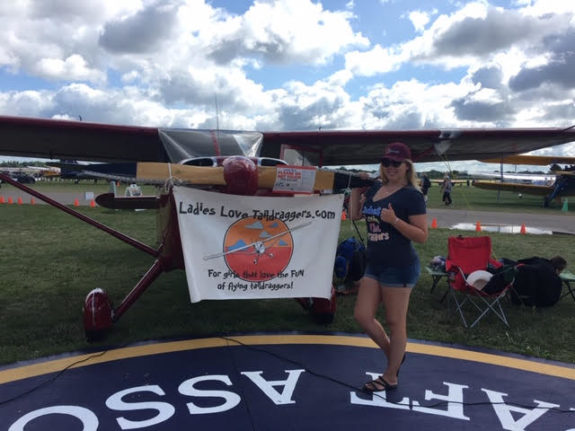 Hello!! I have been a proud member of LLT since 2014, but so much has happened in the past four years that I feel the need to update my bio.

Iâ€™ve long been passionate about flying. I was raised on a private airport in Northeast Missouri. I went flying for the first time at 3 weeks old, and Iâ€™ve spent many hours in planes since. I spent most of my life knowing that I was going to be a pilot. Fellow LLT member Sharon Tinkler fondly remembers me at age 8 confidently assuring her I was going to be a pilot.

Between the age of 12-18 I momentarily lost interest in flying. I did it so much that I lost sight of the beauty of flying and lost the passion. However, at 18, the interest was re-sparked when I (nervously!!!) completed my first solo. At 19 I had obtained my private license with the same CFI that taught my grandmother, mother, and older sister to fly, Mr. Audrey Glass. 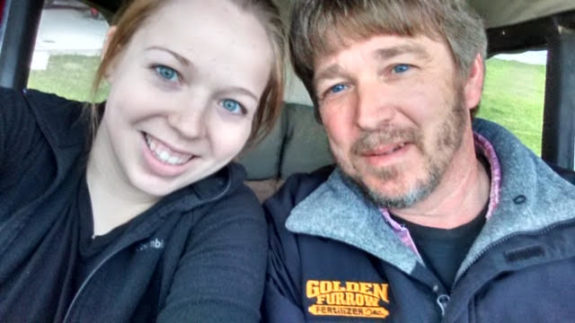 With my Dad, the man that is largely responsible for helping me learn to fly and for supporting me throughout the ups and downs of professional pilot training.

That brings me up to when I originally joined LLT. I had a tailwheel endorsement and a private license, and plenty of time in the family J3 Cub. Since I originally joined, I went to ATP Flight School and completed my instrument, commercial single and multi, CFI, CFII, and MEI. I instructed for ATP for approximately six months, where I met my amazing husband, Alex who is also a pilot and the first person I signed off for a tailwheel endorsement. (I couldnâ€™t marry a nosewheel-only pilot!!) 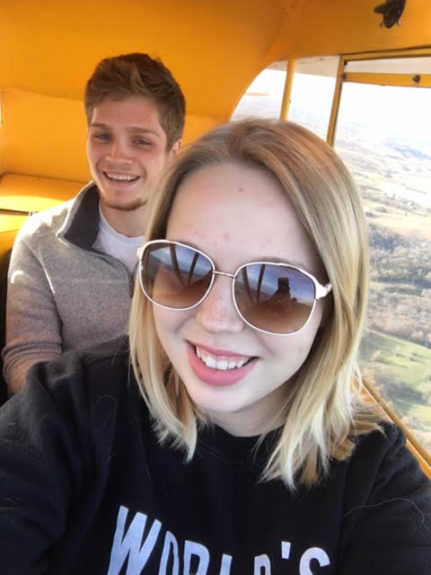 The hubby on the day I gave him his tailwheel endorsement!

I then transitioned to flying a King Air 200 for a private company, then went back to instructing.

I spent the next year instructing in Scottsdale, Arizona, where I was privileged to meet and instruct LLT members Katelyn Pitman, Kylie Giffin, Mikaila Gillis, and Shay Londre, among many others. I came to positively love instructing (albeit, when you have great students, itâ€™s pretty easy). However, in June 2018, the time had come to transition to the next phase of my career: I was hired as a First Officer for Piedmont Airlines. Airline training is difficult, but very rewarding. Iâ€™m hoping to receive my ATP and get out on the line soon! 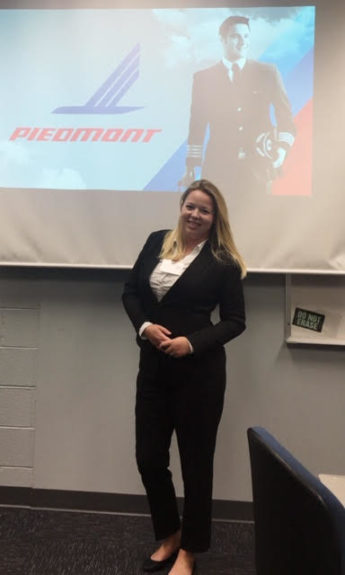 The day that many dreams came true: I was hired by Piedmont!

As always, I am so very grateful for this group and Judy Birchler for bringing us all together, and thank you to Sharon Tinkler for pointing me this direction! 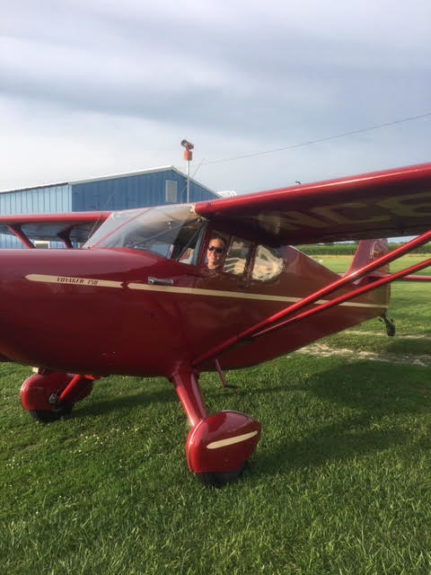 This summer I began learning to fly the family Stinson. Five generations of my family have either flown in or flown that airplane… and I’m the first woman pilot.