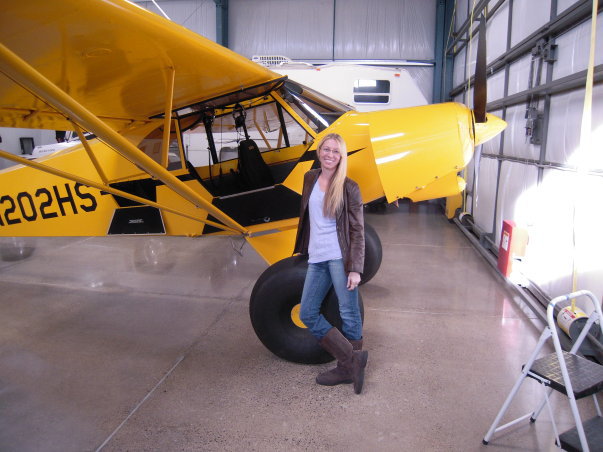 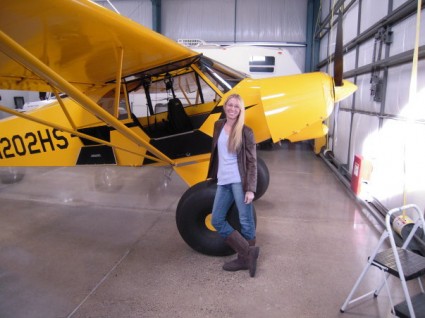 I’m not sure when my love for flight began, but building model airplanes with my Dad when I was young might have sparked my interest. Â I remember later on, maybe when I was 10 yrs. old or so, being admonished, “Flying is only for rich people, and we are not rich.” Â I might have put my dreams of flying aside, but they never left the back of my mind. Â Fast forward about 15 years… I finished school, married a fabulous guy with two beautiful daughters, and together we started a business. Â I hadn’t thought about flying this entire time, until… As 2004 drew to an end, I was going over our business needs and realized how beneficial it would be if we could get around to our customers faster. We often travel to out of the way military facilities all around Arizona and New Mexico, and sometimes up to Nevada, so having an airplane would be perfect – and I always wanted to learn how to fly! Â I was so excited and told my husband, but the first words out of his mouth were, “Are you crazy!?” I convinced him to go with me and we both did an introductory flight lesson. 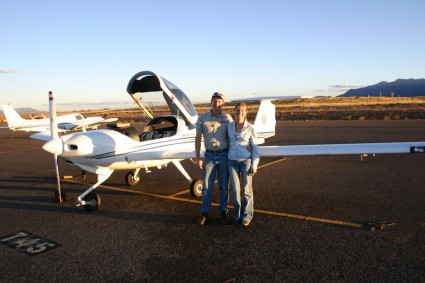 He began to warm up to the idea, and we both really enjoyed the flight. Â I told him there was one catch â€“ for tax reasons we had to have the plane purchased and paid for within the year, and it was already the end of November. He had one month to figure out what kind of airplane we should get, find it for a good price, inspect everything, and have it delivered, quite an exciting challenge. Â On December 30th we both stood at the airport and watched our beautiful 1979 Grumman Tiger arrive in Benson, AZ (E95). Â I felt so blessed, and life has never been the same! 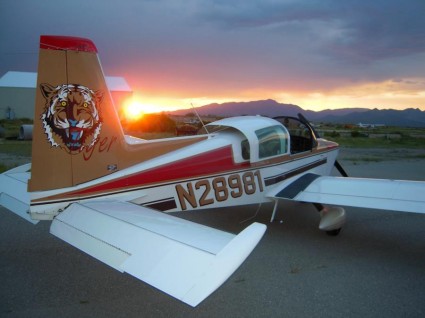 We spent the following months learning how to fly from a wonderful instructor in Benson, Eric Seabase, and I passed my check ride in June (2005). Â The Tiger did a great job of getting us to all of our customers, and as our first plane will always have a special place in my heart, but the backcountry dirt strips were out there just beckoning us to come. Â After way too much time spent watching Cubs Gone Wild on YouTube, the new wish was to get a Cub. Â In December of 2009 we bought a 2005 Cubcrafters Top Cub. 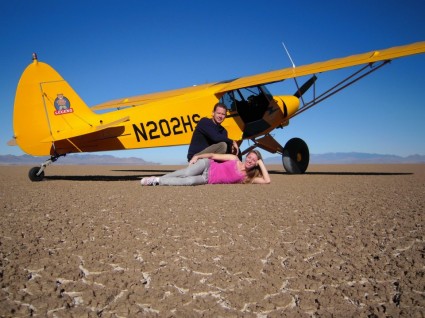 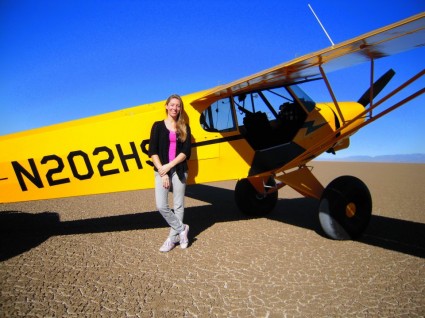 Â I wasn’t so sure at first that I wanted to fly a taildragger. I had heard that they were sooooo difficult to fly and thought I would ground loop it and tear up a beautiful plane. Â I was only a passenger for the next year, and we did start flying to some really cool backcountry strips here in AZ, before I finally got up enough nerve to step up to the front seat. Â I started lessons in a 1956 Cub with much smaller tires. 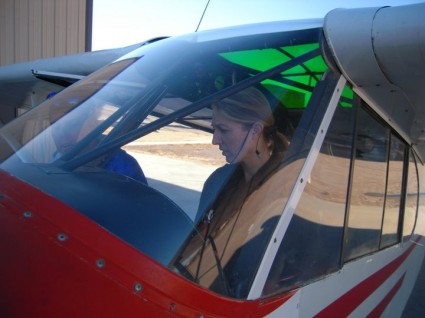 It was quite a shock looking at a panel with hardly any instruments, definitely not the dual Garmin 430 panel I was used to. Â The next lesson I learned was that those foot rests on the floor actually had a purpose! Â I will say that learning to fly and land the Cub was definitely difficult, and may have brought me to tears on occasion, but the pride of having succeeded was so satisfying. Â It was worth every minute. Â Now after flying it for some time, I have really come to appreciate its capabilities, and I love the tundra tires. Â To me, the disadvantage of the Cub is that it is slow. Â It can take you anywhere; however, at 100 mph itÂ isn’tÂ exactly getting there anytime soon. Â We started looking for a more efficient way to travel Â around the Southwest to our customers, and that brings us to our next plane, an RV-8. Â I guess we finally took the plunge into the dark side – experimental aircraft. Â This year we purchased Blondie, a 2009 Osh Kosh Lindy award winner, meticulously built. 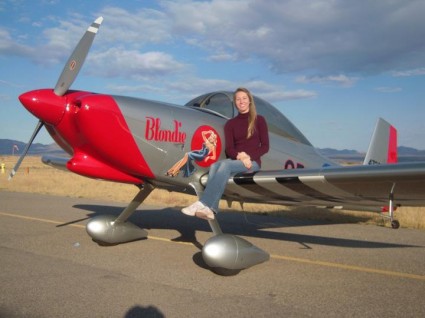 The 200 mph speed at 8.5 gph is just awesome. Â It has been another trial learning how to land it smoothly, but I appreciate a good challenge. Â I used to think that most tailwheel pilots were just really arrogant, but I have come to appreciate the skill required and I think it is great for them to be proud of their accomplishments; it’s not easy! Â Through all of interactions in the aviation community, we have made so many great friendships and have become more involved in promoting aviation and preserving backcountry airstrips. Â My husband, Mark Spencer, now volunteers as the Arizona State Liaison for the Recreational Aviation Foundation, and I volunteer my time to be the Webmaster for the Arizona Pilots Association. Â It has not been without heartaches, when a fellow pilot crashes or passes away I second guess everything, but still Iâ€™m so happy when Iâ€™m flying, feel so blessed and privileged to be a part of this community, and I could never go back! 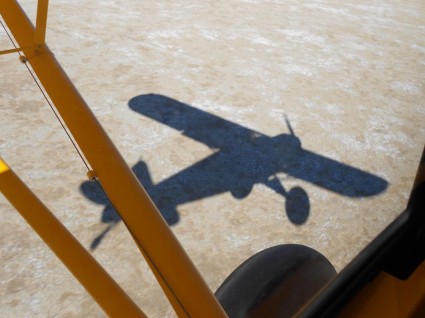