We had a fabulous time…. 32 Wacos made it with two new restorations showing up with less than an hour on each plane!

Cliff Hogan and his family (Famous Hogans of Hamilton Ohio) have been working on 14052 for nine years — Cliff worked like a dog until 10 PM Friday night and gave up and drove up to Mt. Vernon.Â  His cousin and brother stayed behind working on the plane and about noon on Saturday Cliff got word that they got it running and were going to test fly it for about 30 mins….and if all was well, gas her up and head our way.Â  It was soooo exciting to see her enter the pattern and Cliff was like a little kid filled with excitement.Â  We were all so happy for him and the plane is just beautiful! Â  🙂 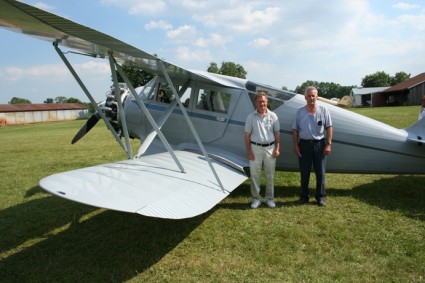 The other plane was a beautiful UPF-7 that the owners finished up on Friday with 1 hour test flight — and they showed up Saturday morning… the plane is just beautiful.Â  A testament to a great plane with lots of history behind her. 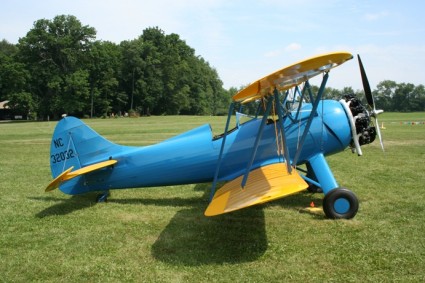 One of the other guys flying the first model Waco Cabin a QDC started last year with everyone signing the lower left wing — and this year he had everyone sign the lower right wing…. a great way to memorialize the impending re-cover job! 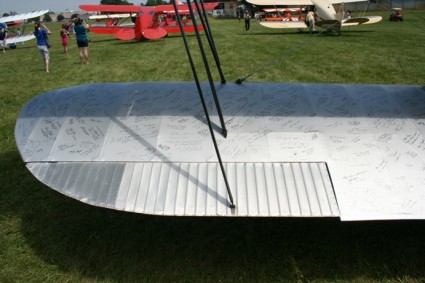 I gave Jeff Skiles a ride on Thursday and Friday night we all flew until we could barely see any more.Â  I gave three rides to some people there and the air was like glass.Â  Saturday we had our banquet and auction — I spent way too much money on things — but it all supports the club so who cares! LOLÂ  Got a gift certificate for a magnito overhaul which was well worth it and a bargain at $215.00 ! 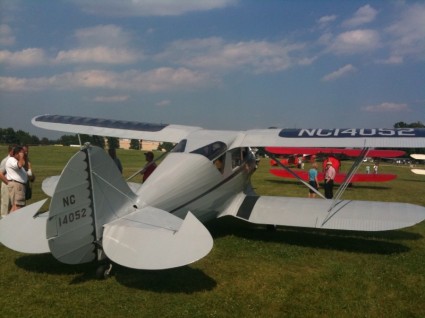 Tina and I didn’t get a chance to fly together since they opted to bug out Saturday am to try and beat weather back to Illinois.Â  She it sooo excited about coming for the LLT fly-in and can’t really decide on whether to bring the Bird or the Waco!