Susan and Andy are two of the most passionate aviators I know and they KNOW aviators from one end of this country to the other. Heck, make that around the world!! You’ll agree after reading Susan’s story ….

I’m getting too old to stay up til midnight and get up at 0330 to catch a 0530 flight to Charlotte, NC! All that said… we headed out Thursday morning on a grand adventure to inspect and possibly purchase a Cessna 170A for our friends from Germany. A zillion phone calls, wire transfers, last minute changes in plans later… we were finally on our way. Andy, Brad and I… I was along as Navigator but mostly for the ride and adventure! We non-rev’d on the “company jet” and landed in Charlotte about 7 am after a great flight with a good friend as Captain! We were met by the owner/seller of the 170, had a nice visit on the 30-45 minute ride out to Lincoln County Airport and found out that we knew a lot of the same people! Steve & Tina Thomas, Doug Parsons and a few others I don’t recall at the moment.

Once at the airport, Brad set about inspecting the aircraft… 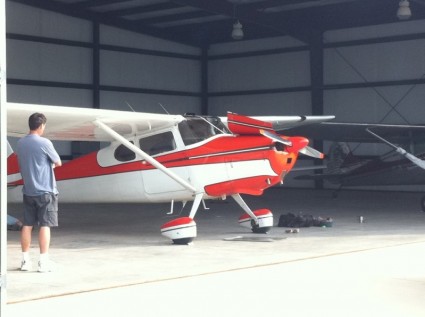 As soon as that was accomplished, Andy went for a test flight with Rick while Brad perused the paperwork…. 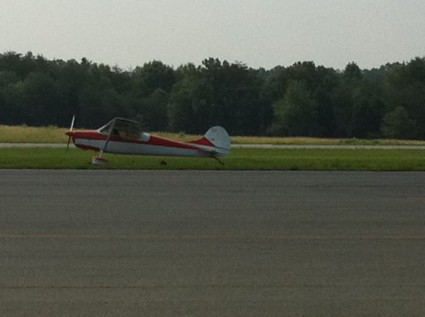 After the test flight, we left Brad and Rick to discuss business and were standing outside when I heard that distinctive sound and looked up and said… “Andy… a Custom Cabin in the pattern!” Sure enough….

Bob Perkins and his wife Barbara landed and as they taxied up we walked over to the plane and Andy said… “I’m with the FAA and I’d like to see your paperwork…” Bob had this puzzled look on his face like… “I know this guy….but he’s not supposed to be here!” And then it finally hit and we all simultaneously said… “What are you doing here?” 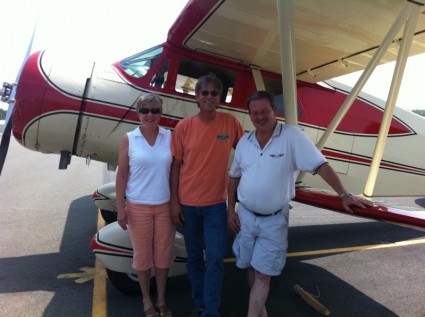 What a great treat to see the AGC-8 looking spiffy as ever and have a great visit with Bob and Barbara! We unfortunately had to decline their kind invitation to visit with them at their strip just a few miles away — but we knew we were facing a long trip home and needed to get on the way. We will be back tho!!!

We felt badly for Rick as you could see in his face he hated to part with his beautiful 170 — but we loaded up and promised to see each other soon. I curled up in the back seat with my nifty iPad2 complete with nifty Nav programs while Andy and Brad flipped a coin for left seat! 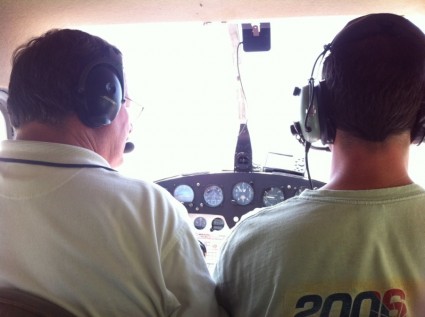 We started the long climb up to 8500ft to clear the mountains… (I say that with tongue in cheek as they really are more like hills for someone like me who used to live on the West Coast!) Anyway – we finally leveled off and thankfully it was MUCH cooler at altitude than it was back at Lincoln County Airport! I actually got a bit chilly up there! But the air was smooth and starting to clear as the weak cold front had passed through earlier.

The scenery was beautiful… (if you look past the strip mining) 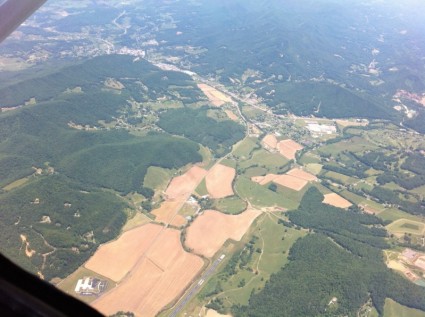 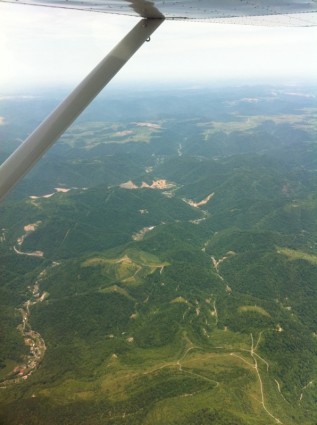 Eventually, we managed to clear the “mountains” and started a slow decent back down … and I finally convinced my “drivers” to make a stop at Portsmouth, Ohio… The winds aloft made our trip a bit longer than we wanted so it was great to get out and stretch a bit…. I kept the new owners up to date with emailed photos of our trip. 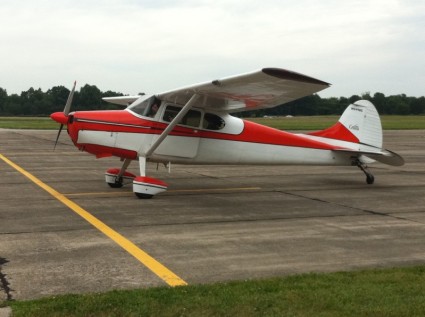 Topped off with some fuel and we were on our way for the last 45 minutes of the “Adventure”. 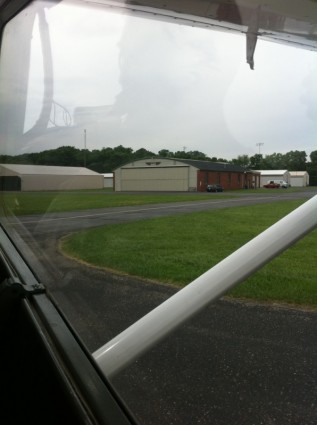 98C is now tucked in the hangar at Moraine waiting for her new owners to arrive and have a good look and take a spin around the patch. The plan is to leave the plane here for the summer and attend some fly-ins with us — then crate her up for the trip to Germany this fall. While I hate to see another plane go across the pond… she will have great new owners who will love and take care of her with promises of rides for us when we venture over to visit!