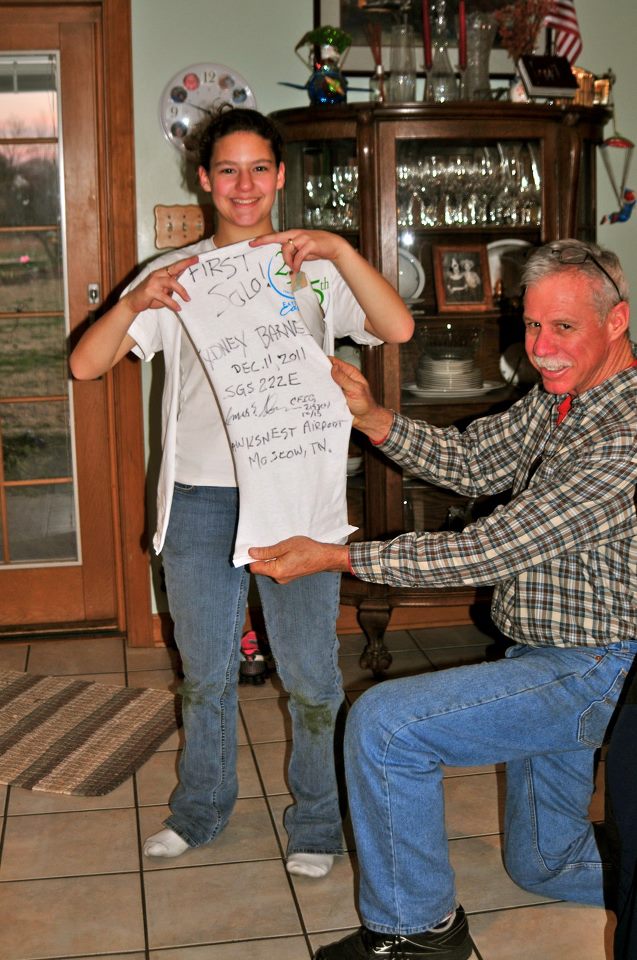 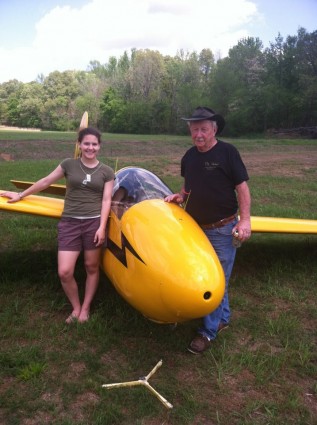 The yellowÂ SGSÂ 1-26 with the lightning stripe is my current glider and I am very proud of it. Its name is Lightning.

Hi! I have wanted to learn to fly since about age 6. This is also when I decided I would enter the Air Force after college. Since then, I have only slightly modified my decision: I decided on the Navy and the United States Naval Academy when I was eight. 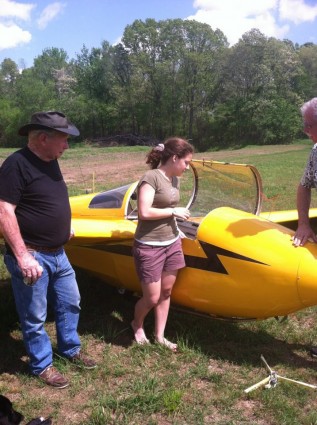 The guy wearing the black shirt and jeans is my Grandpa, Edgar Holmes. The day these pictures were taken also happened to be the first day he ever got to watch me fly. He thought it was just about the coolest thing he had ever seen. Between you and I, I was showing off a bit just for him. 🙂

My flight instructors, Jimbob Slocum and Steve Vihlen, recommended Â that I register on this site, and when I got on the website, I practically drooled! I am in awe of all of these people interested in flying just like me. I am currently learning to fly a Schweizer 1-26 factory model glider. I soloed in a Schweizer 2-22E. 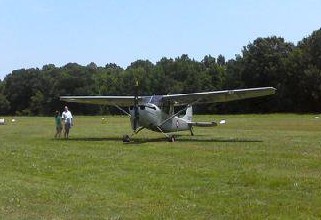 The Bird Dog is our tow plane, owned by SteveÂ Vihlen, one of my instructors.

Soon I plan to begin my training as a powered-plane pilot! I am the kind of person that I will always try something at least once. Â My dad used to be in the Navy, and he worked in the Pentagon for about 10 years. I am the first (for a couple generations, at least) in my family to aspire to be a pilot. 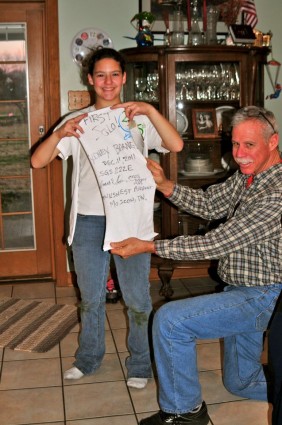 My older sister got jealous that I was doing something and she wasn’t, so she followed me into the air recently. Someday, I want to be just like Jimbob, and own/build my own planes. But I don’t think I will ever be a teacher. Trust me when I say, I would end up strangling one. My dream career: I want to fly the spaceship that lands on Krypton! Well, kind of. I want to be an astronaut. 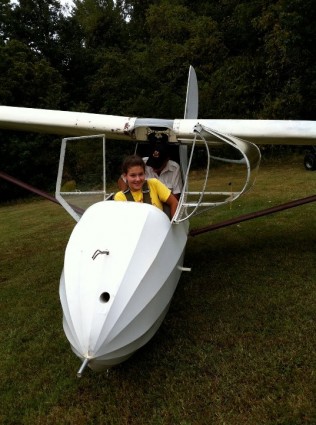 The whiteÂ SGU1-22E is called Bunny and it is the glider in which I was trained, as well as the plane I soloed. 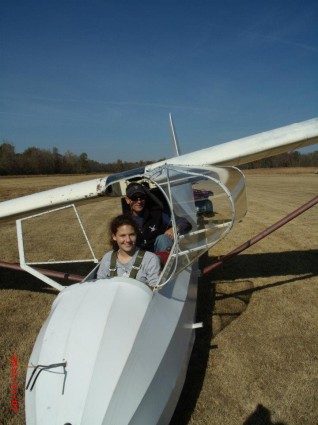 I am so glad that I could show you a little bit of my experiences in the aviation world.