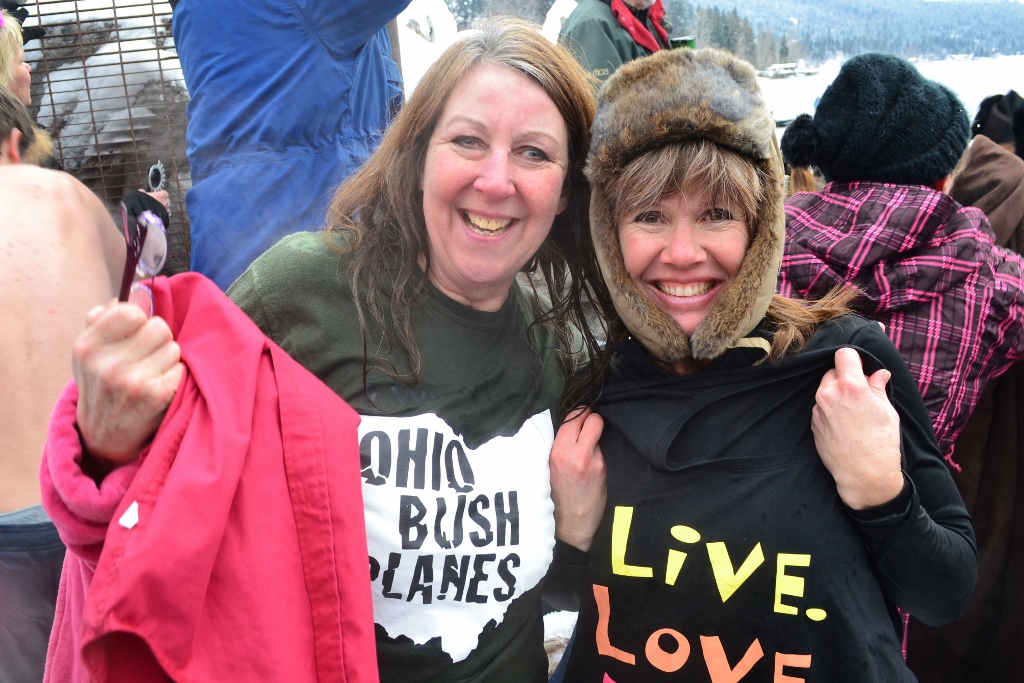 Here’s an update from lady taildragger pilot Lisa Martin ….. and a lot more… 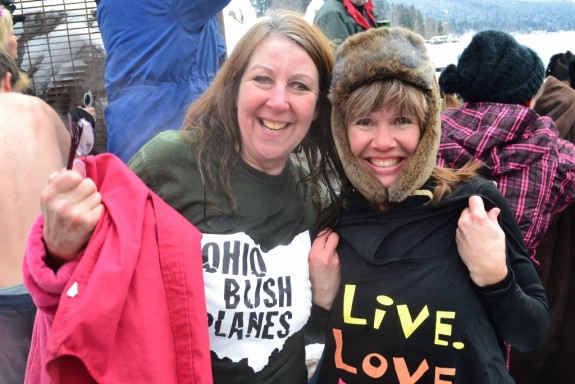 Two thousand fifteen arrived as a breath of fresh, cold airâ€¦literally and figuratively. LLTâ€™r Deni Whitsett and I met in person, for the first time. We did go for a gorgeous winter flight in my 7ECA Citabria (on skis) around the Swan Valley. Then we proceeded, in LLT and OBP Tâ€™s to Flathead Lake where we steeled ourselves in frigid 19* f air for a Polar Bear Plunge into 32* f water! From that point on, I was ready to take on the promises of the New Year, sans baggage left from the old. The old had lessons. In April of 2014, I bent our Cub. There were so many lessons learned that I surely will forget to mention some: 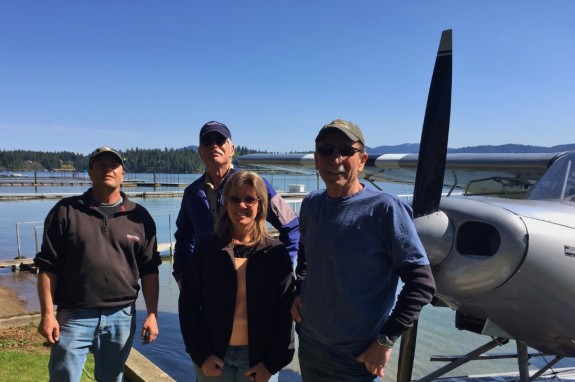 A lot of lessons. It almost broke me (made me quit), but I couldnâ€™t stand the thought of that, so now Iâ€™m stronger. I am a much better, more proactive and more aggressive pilot now than I was before. That, of course, all happened in 2014. Two Thousand Fifteen, started with the Polar Bear Plunge and two flying airplanes: the Cub and the 7ECA Citabria. I spent a lot of time flying on snow skis again, when caught up on shoveling snow. My husband John and I flew the Cub to Arizona this spring. Amazing flight, low and slow. I added Single Engine Sea to my pilot certificate in May, John too. We trained for it with Glenn Smith and Hunter Horvath, Coeur dâ€™Alene Seaplanes PA12, and DPE Mike Kincaid. So much fun! Weâ€™ve been working in the CdA area for Panhandle Helicopters on wildfires since March, and also got to squeeze in some awesome north Idaho flying this summer, but still are Montana residents. Our airplanes call 53U, Ferndale, MT home. Weâ€™ll be heading back to Montana in November to put the floats we bought this summer on an airplane and hopefully squeeze in some water play before itâ€™s time to put the snow skis on again!