Tale of the tailwheel 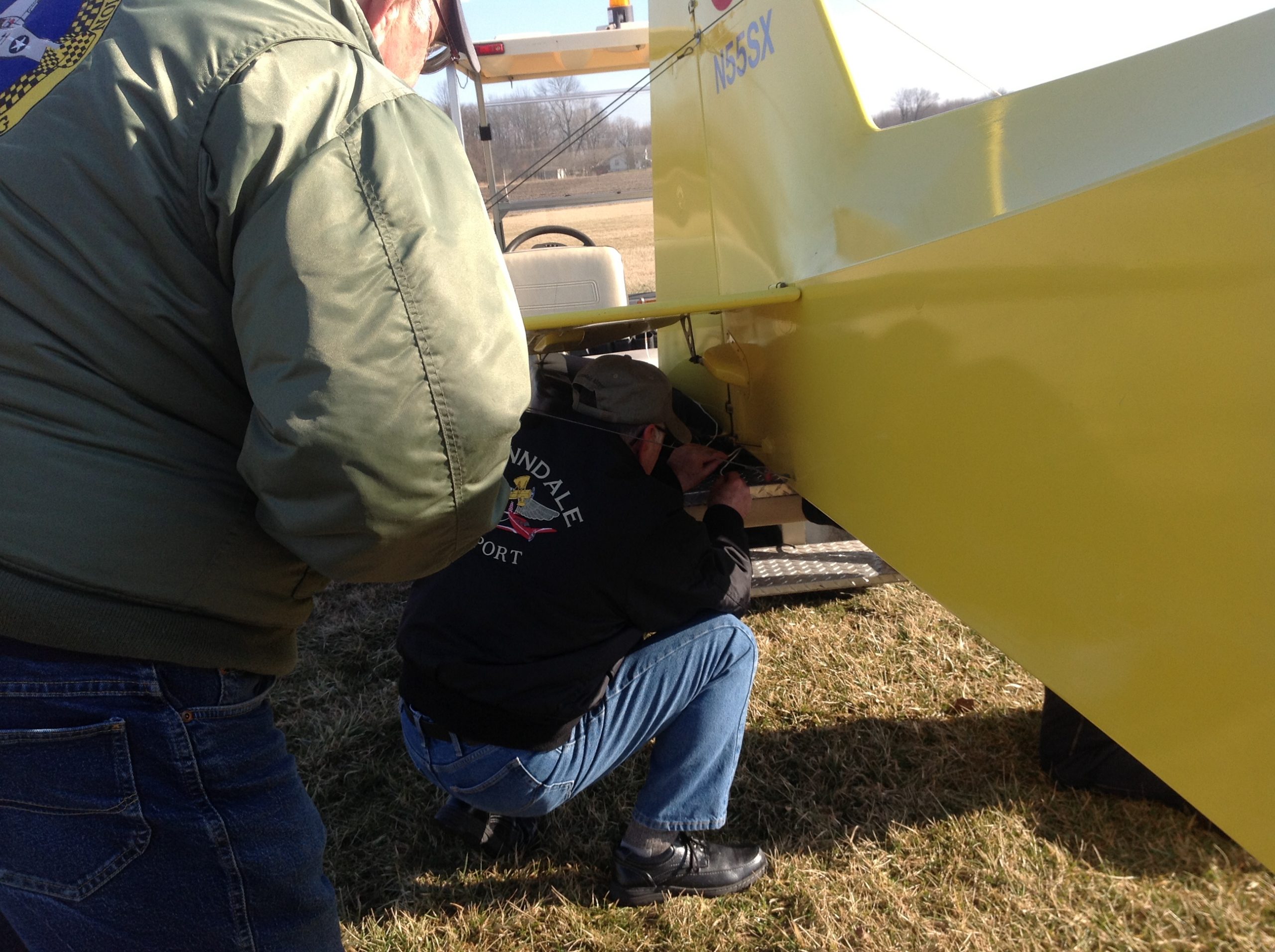 Feb 2013 Tale of the tailwheel

On the outside chance you slept through the last couple days, I’m here to tell you the northeast got slammed.

Course, if you like snow that’s measured in feet instead of inches, you just might love this.

This is Trumbull, CT. Crazy!

I, on the other hand, do not thrive on massive amounts of snow! Maybe I should feel guilty about finally getting a beautiful day to fly … but I figure it was finally my turn for some fun.

Like I don’t have enough pictures of me & this beautiful taildragger already, Boyd snapped this one before he worked his way into his car-harts. (He knows the heater never makes its way past my warm cozy seat up front.) Poor guy deserves an award for willingly riding along when he could pull out his Mooney and get there warm…and fast.

I should have read the fine print though. Turns out it was all about Foreflight …. not WingX which is what I have. I did still learn some tips and tricks though.

Did you know if you push the Home button and the top power button on an ipadÂ simultaneouslyÂ it snaps a screen shot and sends it to your photo album?

When it came time to choose hot dogs & chips after the seminar or FLY to lunch, you’ll never guess what I picked!

Dennis and Dave (my flying buddies to OSH) opted for a formation flight with the S7, 62 nm north to Fulton County Airport.

Sure would be nice to have some lady taildragger pilots near me for little flights like this but so far, it’s not meant to be. I managed to get a few touch ‘n goes in at Fulton County.

Yep, there’s really a restaurant called Tweedle Dee’s and it’s 50’s diner. By the people we saw and the conversation I heard, I’m guessing they may not have had much of a lunch crowd except for all the pilots dropping in.

Next stop was Peru Airport for 4 more touch ‘n goes then on to the only grass strip of the day, Glenndale Airport. Boy, was that decision a stroke of luck – I must be living right! The last landing of my day turned out to come to an abrupt stop.

Glenndale’s a beautiful 2100′ grass strip with displaced thresholds on both ends.

If you’re going to lose your tailwheel anywhere, you couldn’t pick a better place than a soft grass strip to do it. My approach was normal enough. Just as I was flairing a small gust picked up the left wing a little, I kicked the rudder and stick over to compensate and it settled on as usual. Usual except for that loud SNAP I heard coming from the tail.

Believe it or not, before I hopped out to see what “broke”, using left and right brake I was able to get it off the runway.

When I got out and ran around to see what was up, I was astounded to see the tail sitting on the grass – no tailwheel anywhere in sight.

Wish I had a picture of the tailwheel Â planted in the soft soil. The steel leaf spring wasÂ embeddedÂ about 10″. The only thing sticking out was the wheel itself. At this point it appears there’s no damage to the rudder and a new spring is all it needs.

Many, many thanks to Sam Habit, airport owner Dale Etherington, and Boyd for all their efforts getting the S7 moved and tucked safely away in a hangar.Â Boyd’s an A&P/IA and has it all under control. I should be flying high in just a few days. How lucky am I?!!

Another day, another taildragger experience.

So what comment would you guess I’m hearing the most?

“Judy, don’t you think you’re taking this taildragger thing a little too far?!!”