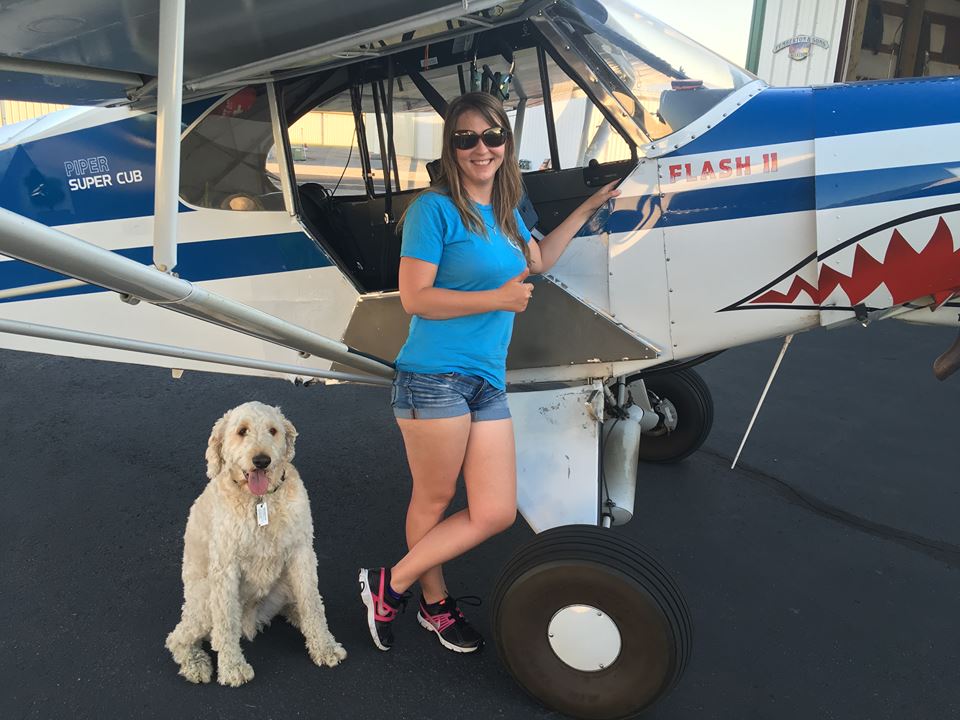 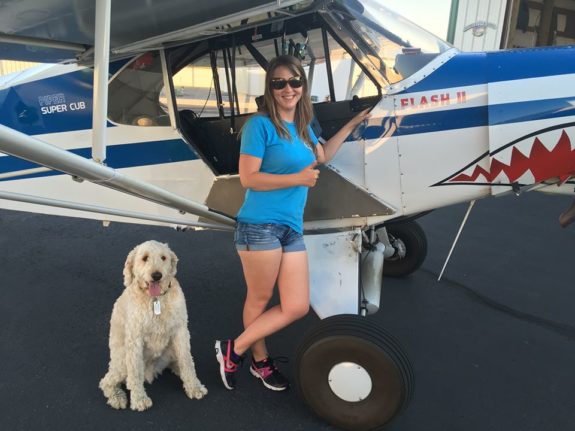 I was raised on a grass airport that my father and mother own, Applegate Airport (15MO). I believe my first airplane ride was around 2 weeks of age with my father, Harve Applegate, in his Cessna 170. I started attending Oshkosh from the age of 6 and Blakesburg as long as I can remember.Â The first airplane I recall flying as a kid was my dadâ€™s Cessna 170. I couldnâ€™t reach the rudder pedals at first but as I grew, I did more and more of the flight operations. 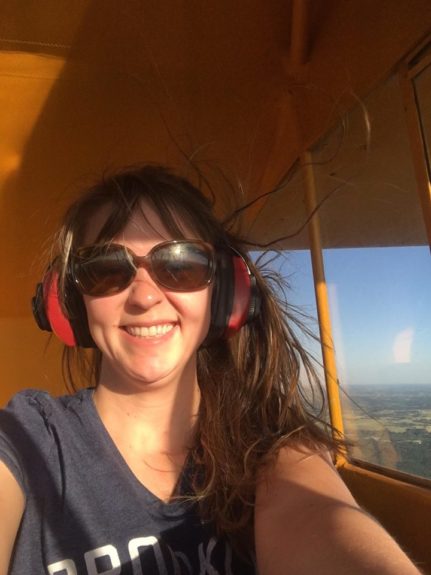 One year, I â€œasked Santaâ€ for a Piper Cub for Christmas. While it didnâ€™t arrive on Christmas Day, my Dad purchased a stock J-3 for the family and it arrived in January after that Christmas. I began formal lessons in the Cub with Erik Edgren and he signed me off for both my tailwheel endorsement and solo on my 16th birthday. I received my private on my 17th birthday, taking my checkride in a C-150 in order to meet all the requirements necessary. It was Blakesburg after my 16th birthday, that a dapper young fellow watched me taxi by in my Dadâ€™s J-3. He decided that he needed to meet me so he struck up a conversation with my father who then introduced him to me. Ryan Pemberton had flown out to Blakesburg from Spokane, WA with a family friend in a Stearman.

He asked if I had been in a Stearman to which I replied, â€œYes, a 450, but not a stock Stearman.â€ Then he asked if he could take me flying. It was love at first flight. Cheesy, I know…but it was true. We began a long distance relationship that lasted three years. We dated for two of those and were engaged for one before we were married. We even spent part of our Honeymoon at Blakesburg at the Antique Airplane Association fly-in where we had met three years prior. Since, Iâ€™ve gotten checked out in his familyâ€™s Piper Super Cub. We have two children who both seem to have the airplane bug. 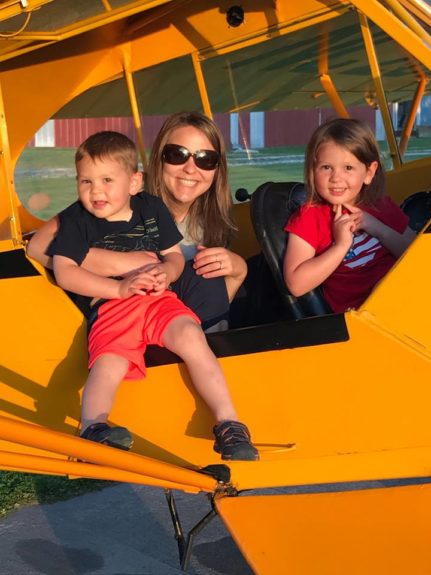 Theyâ€™ve traveled via small airplane from WA to the Midwest numerous times mostly in Cessna 185. These days, I donâ€™t get to fly nearly as much as I would like but as the kids get older, I hope to change that. 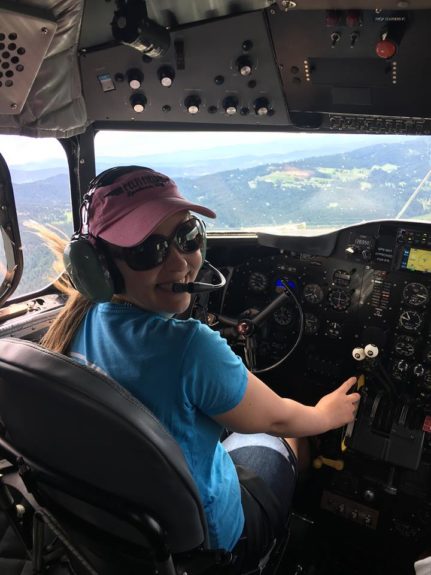 Aircraft flown: As far as take-offs and landings â€œflown,â€ Iâ€™ve flown a J-3, a Super Cub, a Luscombe, an Aeronca Chief, a Citabria, and a Stearman.

Iâ€™ve had the privilege to fly many airplanes in the air. Some highlights include a DC-3, a Ford Trimotor, 2 Cabin Wacoâ€™s, a Stinson 108-1, a Staggerwing, Cessna 170 and 185, a Speedmail, a clipped-wing Taylorcraft, a clipped wing Cub, a Grumman Goose, among others. 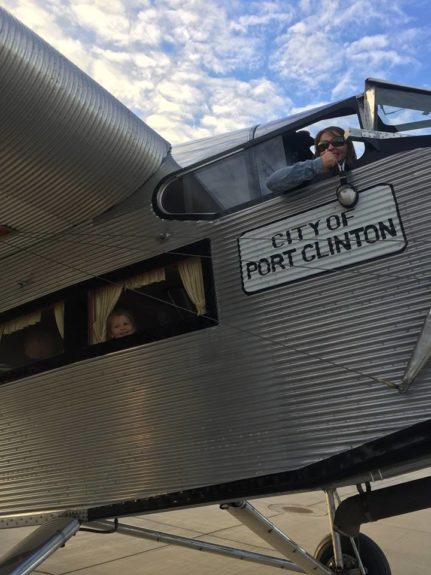 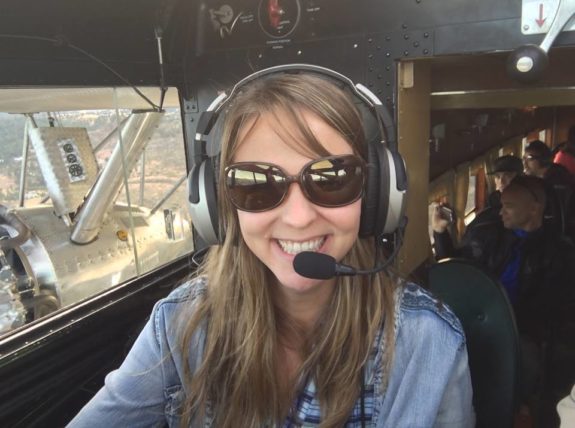 Dream taildragger: A Clipped-wing Cub with a C-90 and lightweight starter

Thoughts on taildragging: I love the challenge and, in my opinion, theyâ€™re prettier. 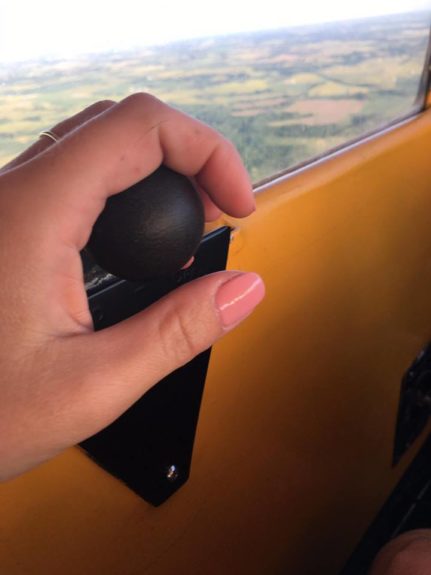