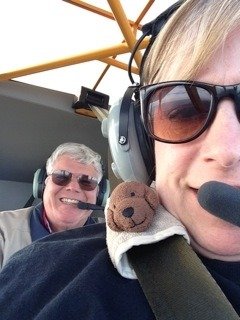 I’m not sure if I can make this short and sweet, so why try. Back story – In August 2006 I asked a coworker/friend, in a jokingly manner, if she had any single brother-in-laws she could introduce me to. She laughed and said well as a matter of fact I do, Larry, but I’m not sure I want to play match maker. Her family seemed so interesting to me. Her husband Howard was a corporate pilot and her father in law was a well known pilot in our area. She was always telling us stories of where Howard was traveling and many times she was able to go with him. It sounded exciting! The down side she told me was anytime the family got together all they talked about was aviation. She laughed and said maybe if you joined the family I would have someone to talk to that doesn’t speak aviation. (We both worked at a high school.) 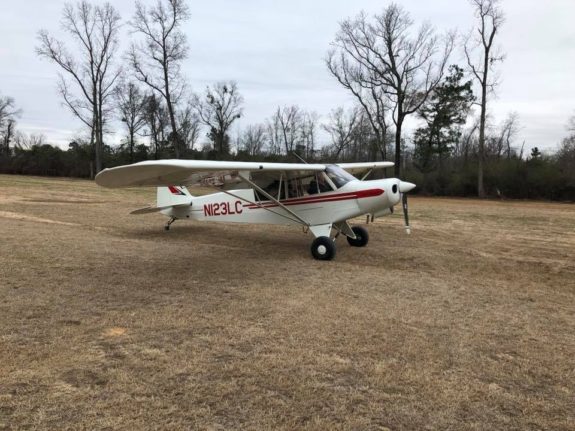 She decided to make the call and Larry happened to be coming in town the next week. He called and asked me to go to dinner with the family. I said ok then chickened out, called and cancelled at the last minute. He didn’t give up, we exchanged emails and got to know each other over 4 or 5 weeks of everyday correspondence. We met in person at the end of September. In December I traveled to Las Vegas with his family and watched his dad Marion Cole be inducted into the ICAS Hall of Fame. He was obviously known to more than just the Shreveport area. 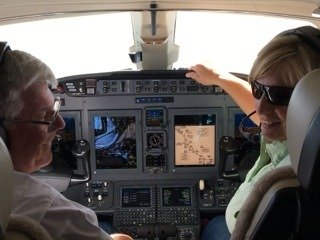 In February of ’07 I moved to NY and in October of ’07 we were married on the big island of Hawaii. What led to me becoming a pilot – Larry flew a BBJ around the world and was gone sometimes weeks at a time. I was a tidbit jealous of all the beautiful places he was going. I told him I wanted to go to corporate flight attendant training in NYC so I could travel too. He said why would you want to be a flight attendant when you could be a pilot. He also said if you get your ratings we could fly together when I retire from the BBJ in 3 years. He made it sound so easy, but I had no idea what I was getting into at the ripe old age of 44! 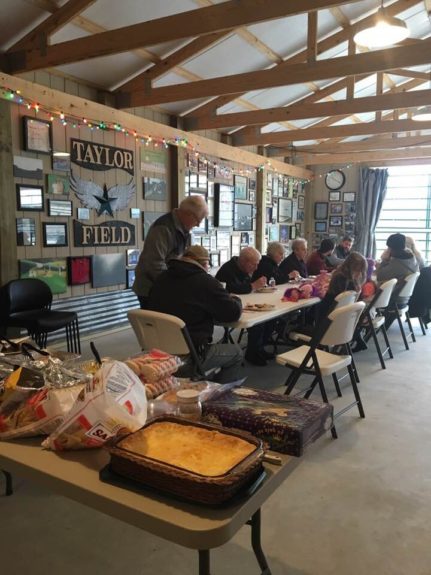 He bought me a C150 in Nov ’07 and became my instructor 24/7. It seemed like forever but I got my Private. We moved back to the South in 2010 and I finished my ratings. Falling for a tailwheel – We bought and sold several airplanes after the 150 but my favorite was a bright yellow Legend Cub! I got my tailwheel endorsement and fell in love with flying with the windows open. Unfortunately we felt we needed to sell it in the winter of 2015 (Larry was between jobs) and I advertised it with free delivery. A gentleman in Port Townsend, Washington bought it and I made my favorite cross-country trip delivering it. It took Larry and I 6 days to get there but we saw some of the most gorgeous scenery from 2500′ above the ground. 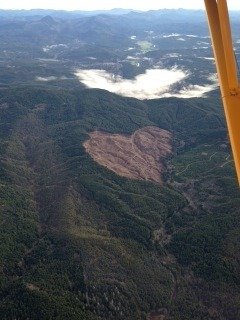 When we arrived I was really sad to see it go. In June of 2015 we got the phone call we had been hoping for. Someone looking for a CREW. Lucky for me they wanted Larry’s experience and were willing to accept my low time if they could get him. We interviewed and accepted the job crewing a brand new Citation XLS+. In August I received my first SIC type. I literally went from flying the Cub in February to a jet 6 months later. What a journey! 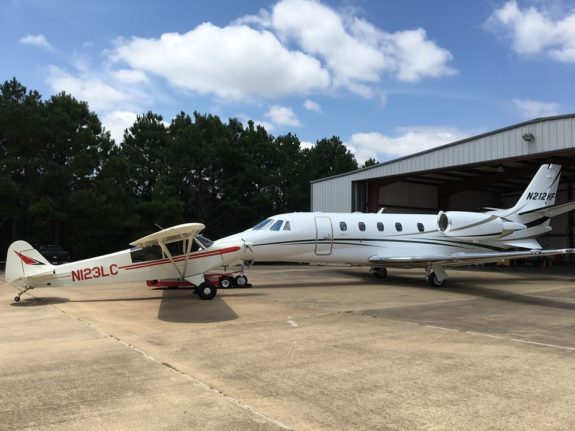 In December 2016 we purchased another Legend Cub but we upgraded to a Super Legend. In 2017 we built a hangar and strip (TE72) on our farm. We dedicated the hangar to Marion with an exhibit of all his memorabilia and the field to my youngest son Taylor. What an incredible aviation adventure I’ve been on for the past 11 years. Of course my sister-in-law that introduced us says I’m a traitor because I became one of them, LOL. I really didn’t have a choice, Larry had been an aviator since birth and I wanted to be able to speak his language. We may not be the mushy gushy love story you were looking for, but we both LOVE climbing in the Cub, launching from our farm, flying low and slow with the windows open… wondering what the “normal” people are doing. Flying the jet together at FL410 ain’t bad either!