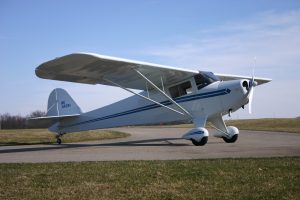 “I fell in love with taildraggers after taking an intro course to aerobatics in a C150 Aerobat.Â  Since then I have flown in several aerobatic contests in borrowed airplanes such as a Pitts S2B, Christen Eagle and a Decathalon.Â ” 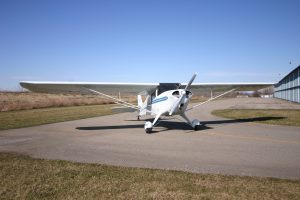 “One of my favorites is a little homebuilt SE5 (French WWI) replica.Â  It only has one seat and when I was offered the chance to fly it, I was a relatively new tailwheel pilot.Â  I jumped at the chance without thinking about it.Â  As I taxied out to the grass strip one of the tires came off and I had to taxi back.Â  After that was taken care of I managed to get off the ground.Â  As soon as I was airborne, my first thought was “Oh crap, now I have to land” and I had an audience of about 10 older guys (including my tailwheel instructor who is in his 80s).Â  Fortunately, I landed just fine and gained several new friends from that audience.” 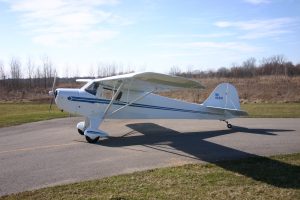 Terri can be reached at doublet@bright.net.