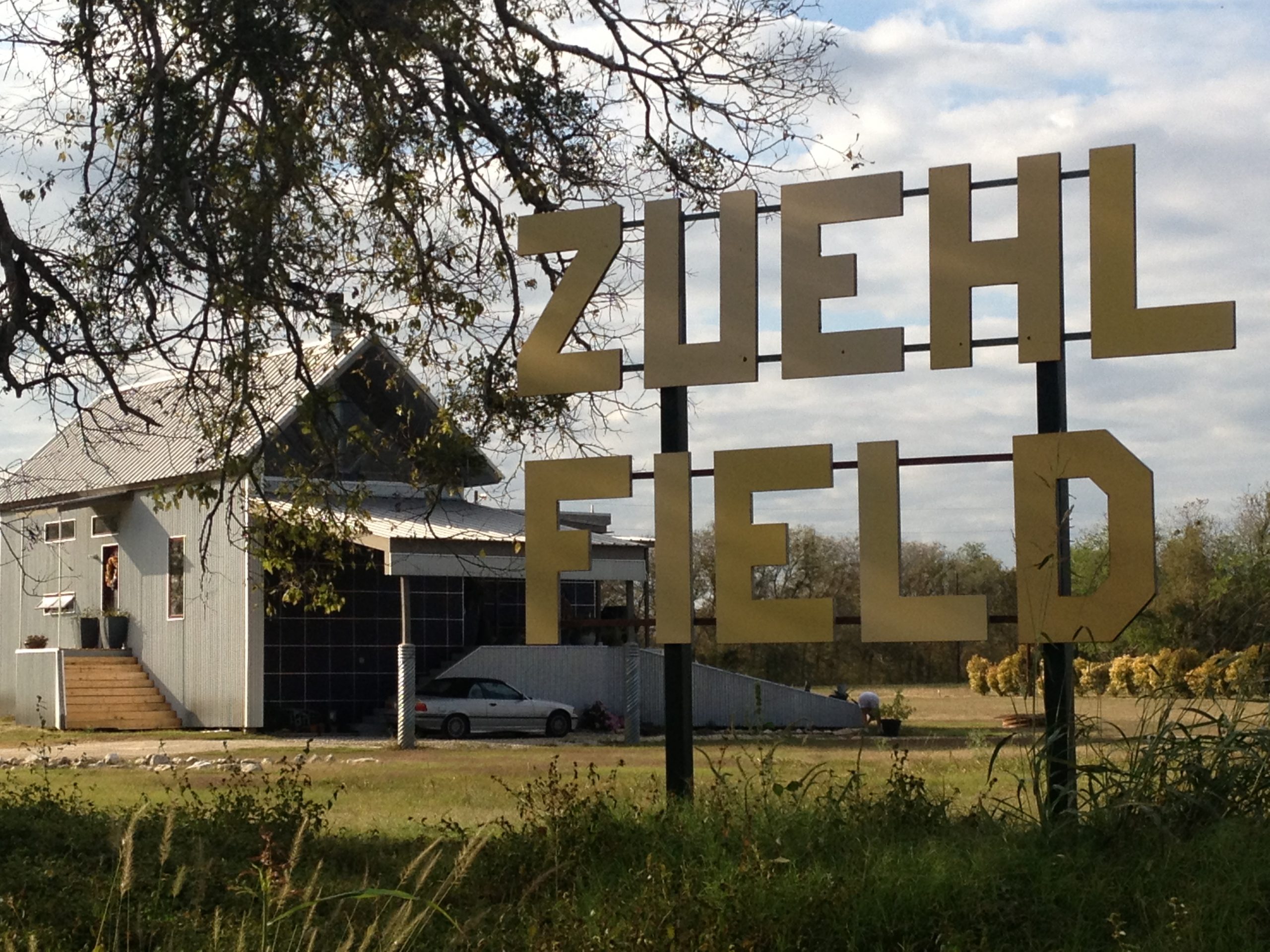 I’m finding out fast they do things right in Texas, including inviting the Northerners over for Thanksgiving – Texas taildragger style. 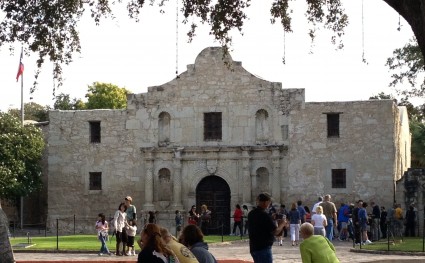 The Alamo is a pretty awesome site to see. If visiting it doesn’t make you proud to be an American, then you’re not paying attention. People like James Bowie & Davy Crockett gave the ultimate sacrifice there.

While in San Antonio we’re the ultimate “tourists” but were tickled to take a break from the sightseeing to meet up with one of my favorite Champ ladies. At the invitation of Texan lady taildragger pilot, Dianne Wieman, Boyd and I spent a big part of the day celebrating the Thanksgiving holiday with Dianne and her family at Zuehl Field near San Antonio. Can it get any better than that! 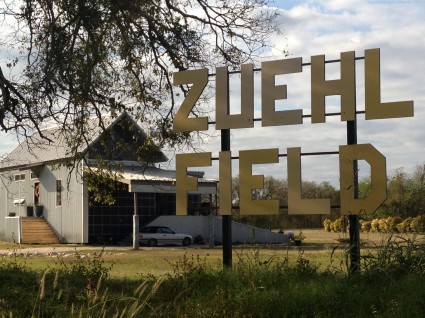 Dianne has a big hangar she built herself which houses TDA, her 85 hp Champ named by her husband ” TDA” (That Damn Airplane). I guess that’s what happens when you’re married to a lady who’d rather be at the airport working on her taildragger or better yet, flying it, than just about anywhere else! 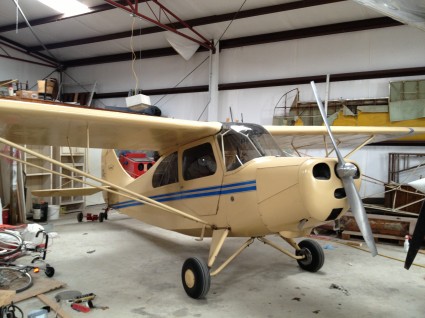 Dianne’s hangar is crammed full of flying airplanes and non-flying airplanes just waiting to be restored. We’re talking a friend’s Sonex, a 1940 Aeronca Chief (one of the few ever made with sticks), and a Cessna Airmaster waiting on its 1 piece wooden wing to be recovered and an engine. Oh, I’m sure there’s a lot more hidden in nooks and crannies but you get the idea. This lady’s got a lot going on. 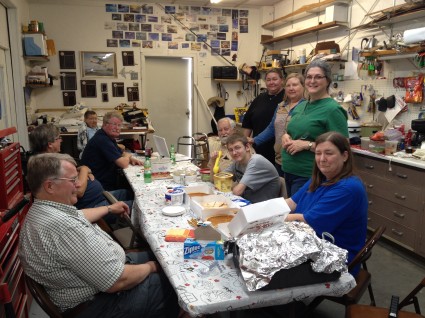 Dianne is an engineer by trade but somewhere along the line she picked up an A&P/IA license, CFI & CFII, and CFI-Glider. She’s qualified to tackle any project that suits her fancy and her biggest problem seems to be not having enough hours in the day to get them all done. 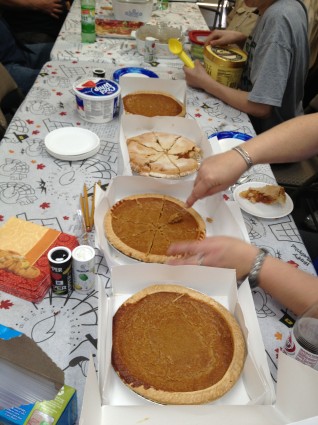 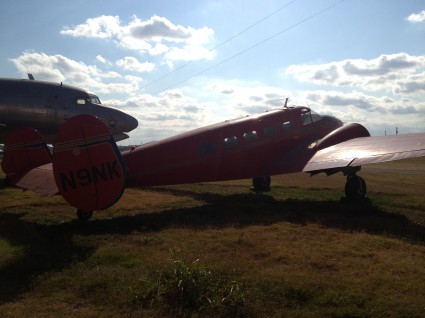 Beech 18, minus a couple of engines

This airport was a real trip back in time with old aircraft and projects in the works all around the field. 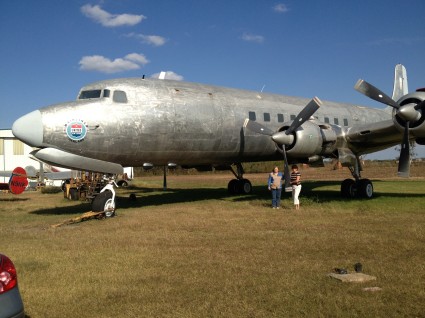 This DC6 flew into Zuehl’s 3000 foot grass strip and from touchdown to full stop used up 800′. 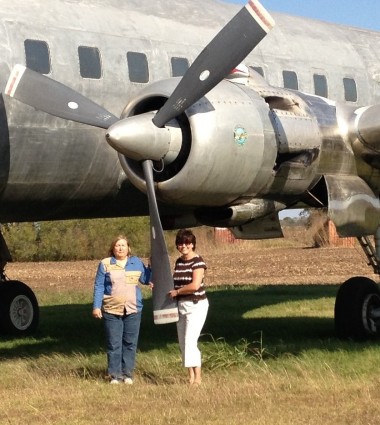 Taking a quick peek around I got a kick out of finding a barley noticeable Supercub hidden amoung all the other treasures. 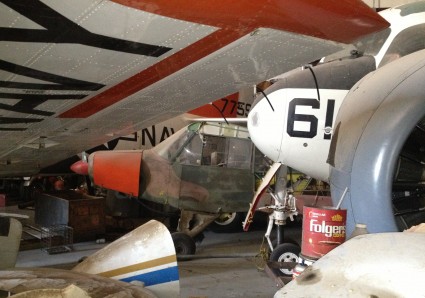 Yep, there it is just waiting on its owner to give it a second life

1TE4 Zuehl Airport is a private airstrip at Marion, TX and home to over 100 aircraft. 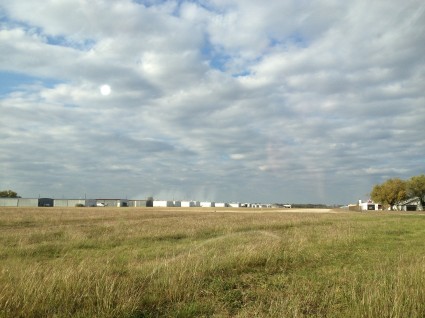 Many thanks to the extended Wieman family for feeding us till we couldn’t hold any more and showing us some true Texas hospitality. It was a blast!